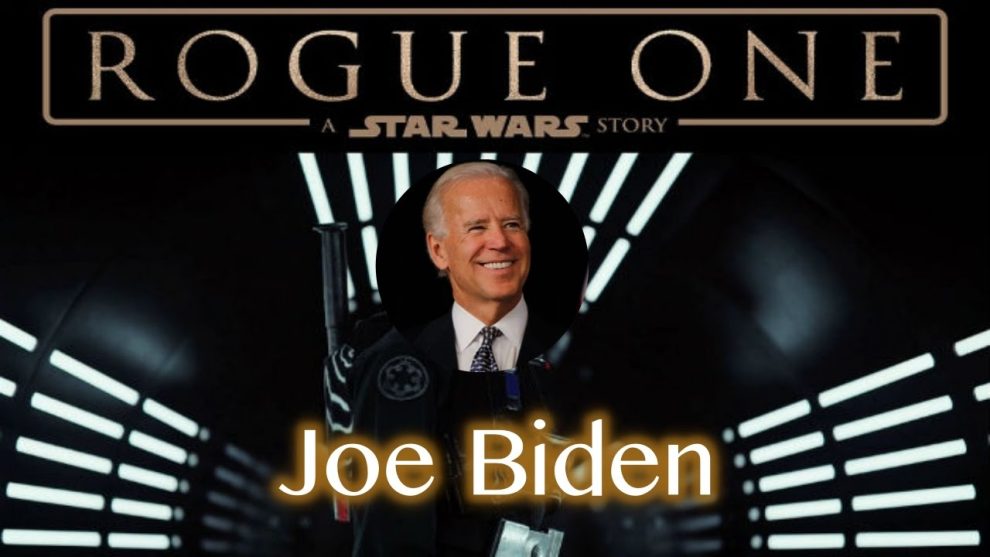 The brief video — entitled “Episode 46: Building a Better America” — was made public on Wednesday, May 4, which is recognized as “Star Wars Day” due to its similarity to the phrase “May the Force be with you!”

May the Fourth be with you! pic.twitter.com/sfch7jMXBN

Like Star Wars, however, the promo was more fiction than fact — portraying the American economy as booming during Biden’s first year in the Oval Office.

“President Biden is building a better America,” the post said in the same style as the science fiction franchise’s signature opening crawl. “The U.S. economy has added nearly 8 million jobs since President Biden took office and experienced the greatest year of job growth under any President in history last year.”

The White House has repeatedly made similar claims — without recognizing that Biden’s purported job growth occurs as the United States regains jobs from COVID-19 and the lockdown-induced recession, rather than creating new jobs from scratch. Earlier this year, even a Washington Post fact-checker took issue with the administration’s rhetoric on job growth.

“And thanks to the American Rescue Plan,” the post continued, “the U.S. is on track for the largest deficit cut in history this year: $1.3 trillion.”

As with the claim about job growth, the Democrats’ assertion fails to account for COVID-19 — including President Donald Trump’s $2.2 trillion CARES Act and Biden’s $1.9 trillion American Rescue Plan, both of which contributed to ballooning deficits in 2020 and 2021. It therefore seems that the Biden administration is counting the absence of blowout legislation as a victory.

After touting the Bipartisan Infrastructure Law — only 10% of which actually funds roads and bridges — the post continued, “President Biden is laser-focused on lowering costs for Americans. His plan will ensure billionaires pay their fair share in taxes, continue our historic economic recovery, and bring down costs for working families.”

Indeed, President Biden has overseen a once-in-a-generation inflation hike during his tenure — from 1.4% in January 2021 to 8.5% as of March 2022. The rise in prices has outpaced increases in pay, producing a nearly 3% decline in real wages — stretching Americans’ budgets with respect to food, gas, housing, and other necessities.

A recent poll found that 94% of Americans were either “upset” or “concerned” about the impact of skyrocketing inflation, while a slim 28% approved of Biden’s approach toward price levels.

Despite the Democrats’ blithely optimistic “Star Wars Day” post, the United States economy contracted at a 1.4% pace in the first quarter of 2022 — significantly missing analysts’ expectations of 1% growth.

Many economists are now seriously concerned about a recession. “It seems obvious that the odds of recession are now well above average here in the United States,” 22V research analyst Gerard MacDonell wrote. “Recession risks are rising,” agreed Mark Zandi of Moody Analytics.

In Biden’s economy — as Americans reach deeper into their ever-emptying wallets — it will take much more than the Force to keep paying the bills.