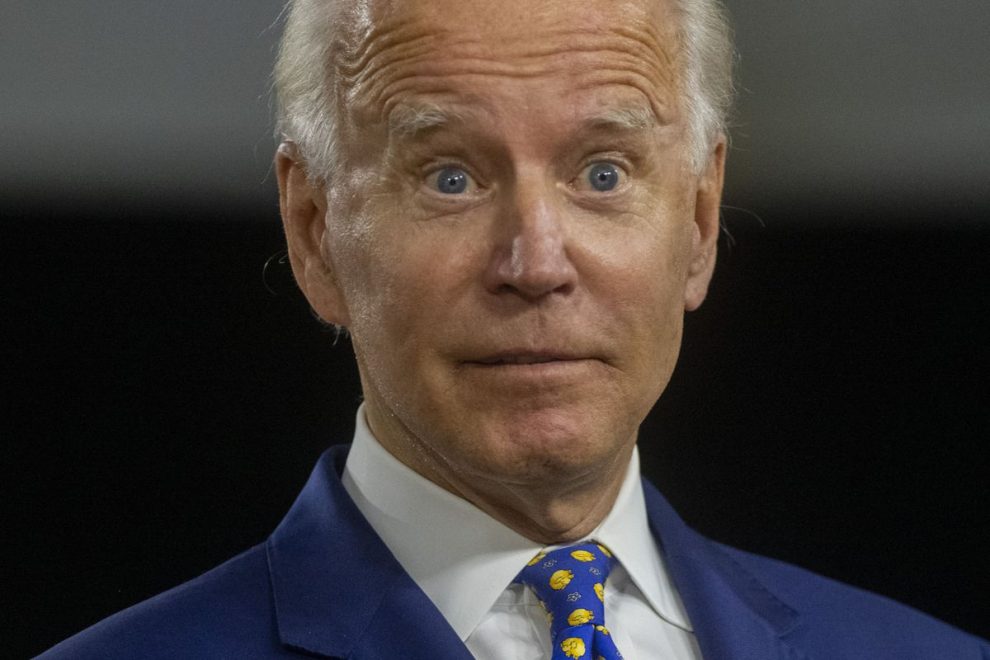 Joe Biden has one major goal when it comes to the presidential debates: Don’t let President Trump get away with a single thing.

Aides and allies to Biden say the Democratic nominee needs to be ready to fact-check Trump in real time and not let the president get away with exaggerating or distorting his record. And they say he needs to aggressively hold him accountable when the candidates meet on stage Sept. 29 in Cleveland.

“He’s going to lie and lie some more and spin everything and blame it on Biden and Obama,” said one longtime Biden aide. “The VP needs to go on offense and immediately say, ‘This is on you. The state of the economy, high unemployment, kids out of school, a pandemic that has gone unchecked. All of it is on you.”

“He can’t get away with any of it. Not one f—— thing,” the aide said, adding that voters want to see Biden “calling out all of the bullshit.”

“The only way he ‘wins’ is if he stays on offense,” another ally added. “The second it goes the other way, things could go sideways.”

Fact-checking Trump live is a challenge for anyone, even when you’re not on stage in a make-or-break debate for the presidency.

There is a palpable fear among some Democrats about whether Biden is up for the challenge and whether being too aggressive could backfire. They’ve cringed when Biden has given long-winded answers or trailed off without returning to his initial thought and when he’s gone off message or said the wrong name or city.

During a Democratic primary debate last year, for example, Biden was asked about how to help fix the legacy of slavery and he ended up veering off into an answer about record players.

Biden in recent weeks has spoken frequently from a teleprompter on the campaign trail. The Trump campaign has hammered its rival for not doing interviews with the press, saying he will falter in the face of aggressive questions and that it is a sign he’s not ready for the presidency.

“Joe Biden’s challenges with his style are well known,” said Democratic strategist Joel Payne, who served as the director of African American paid media for Hillary Clinton’s 2016 presidential campaign. “Obviously his team will be working with him to prevent gaffes or missteps.

Even those closest to Biden acknowledge that it takes him awhile to get warmed up and the early statements are never his best.

“He has a tendency to wrap up very well, but he’s one of those people who takes some time to get there,” said one close Biden ally. “He’s just not a guy who performs well in those initial moments. I think that’s something that makes us all a little nervous.”

Biden has been preparing for the first debate with Trump over the past few weeks in Wilmington.

In a fundraiser last week, Biden offered a glimpse of his thinking going into the debate later this month. The former vice president said he had one main goal in taking on Trump: “I hope I don’t take the bait.”

“I hope I don’t get baited into a brawl with this guy because that’s the only place he’s comfortable,” Biden told donors.

He said he planned to tell voters what he will do if elected president and to underscore the differences between himself and Trump. He has also talked about being a real-time “fact-checker” of sorts.

The 2016 debates between Trump and Clinton will be closely studied again before the first Trump-Biden debate.

One of the most memorable moments was in the second Trump-Clinton debate, when Trump walked behind Clinton into the camera shot, looming behind her.

In her 2017 book “What Happened,” Clinton said she felt “incredibly uncomfortable” in the moment.

And while critics say she won the string of debates in 2016, even she acknowledged wondering if that was the right strategy.

“Do you stay calm, keep smiling, and carry on as if he weren’t repeatedly invading your space?” Clinton wrote in her book. “Or do you turn, look him in the eye and say loudly and clearly: ‘Back up you creep, get away from me. I know you love to intimidate women, but you can’t intimidate me, so back up.'”

At the recent fundraiser, Biden tried to put voters at ease saying, “I know how to handle bullies.”

Democrats say if he can go on the offensive and make the case about where the nation is under Trump, he can win.

“Biden will be effective if he can focus the debate on Trump and his failings around coronavirus. And part of that strategy will be to give the president the appropriate cues to rhetorically hang himself,” Payne said.

Democratic strategist Eddie Vale took it a step further: “If you or someone in your family has lost their job, is sick, died, or can’t send their kids to school right now who the hell cares about ‘OMG Gaffe!’. Trump keeps mishandling the pandemic every day and people just want someone to make life better again and who cares if someone says a word wrong.”

One Democratic strategist close to the Biden campaign said Team Biden has to set expectations that Trump “should be judged on his record, not on spectacles and showmanship.”

“They ought to use Trump’s words against him,” the strategist said. “He’s spent months telling America that Joe Biden has dementia and is incoherent. A Biden cogent performance should be a win, period.”