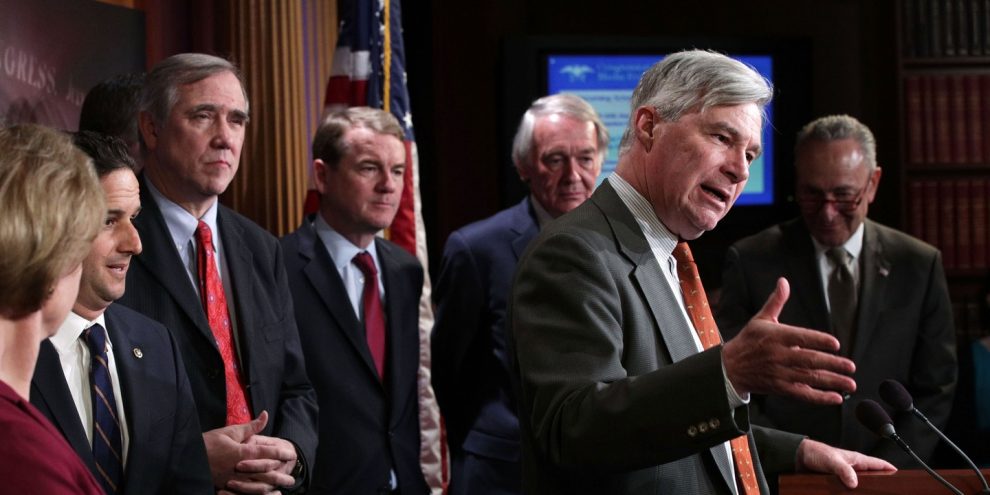 Migrants make American great, according to the candidates of the 2020 Democrat debate in Houston, TX, on Thursday night.

“I start with a statement of principles, and that is, in this country, immigration does not make us weaker, immigration makes us stronger,” Massachusetts Sen. Elizabeth Warren (D-MA) said at the debate on ABC News. She continued:

I want to see us expand legal immigration and create a pathway to citizenship for our DREAMers, but also for their grandparents, and for their cousins, for people who have overstayed student visas, and for people who came here to work in the fields.

“We have to say to the American people, immigrants are positive for our economic and social dynamism,” Andrew Yang told the ABC cameras, adding:

I think we have to compete for talent, and I am the opposite of Donald Trump in many ways. He says, “build a wall.” I’m going to say to immigrants, “come to America because, if you come here, your son our daughter can run for president. The water is great. And this is where you want to build a company, build a family, and build a life.” This country has been a magnet for human capital for generations. If we lose that, we lose something integral to our continued success.

The Democrats’ pro-migration stance helps their major donors on Wall Street and in business and also boosts their growing cadre of ambitious progressives who gain votes as the immigrant population rises.

The pro-migration policy is also favored by the party’s activist base of university progressives who champion the 1965 claim that Americans’ homeland should be a “nation of immigrants.”

“My plan for revitalizing the economies of rural America includes community renewal visas that would allow cities and towns and counties that are hurting … for population to embrace immigration,” said Mayor Pete Buttigieg of South Bend, IN.  “The only reason that South Bend is growing right now, after years of shrinking, is immigration,” he added.

“Begin with those more than one million DREAMers, make them U.S. citizens right now in this, their true home country,” said Texan Beto O’Rourke. “Extend that to their parents, their sisters and their brothers, and ensure that we have a legal, safe, orderly system to come to this country and add to our greatness here.”

Joe Biden, however, took a cautious stance during the debate, despite his pro-migration views.

“All those people who are seeking asylum, they deserve to be heard,” he told the ABC interviewers. “That’s who we are. We’re a nation who says: ‘If you want to flee, and you’re fleeing oppression, you should come.’”

But Biden is pushing radical immigration policies to other audiences. On August 9, he told the Asian and Latino Coalition PAC:

We could afford to take in a heartbeat another two million people. The idea that a country of 330 million people is cannot absorb people who are in desperate need … is absolutely bizarre … I would also move to increase the total number of immigrants able to come to the United States.

In North Carolina on August 29, he was asked about the border detention centers that are used to contain migrants, and he promised a policy of catch-and-release that would allow migrants to take U.S. jobs. He said:

Close them down! … We don’t need [the detention centers]. We found that, when we [Biden and Barack Obama] were in office, in fact … [and when] we finally got things under control, [once migrants had] to report back for a hearing on such-and-such a date, people show up!

In contrast, President Donald Trump was elected on the promise to Make America Great Again and to reduce immigration. On his Inauguration Day, he promised a “Hire American” policy, which is pressuring employers to compete for Americans by offering higher wages.

The U.S. Census Bureau said on September 10 that men who work full time and year-round got an average earnings boost of 3.4 percent in 2018, pushing their median salaries up to $55,291, a 3.4 percent gain after adjusting for inflation.

Women gained 3.3 percent in wages, to bring their median salaries to $45,097 for full time, year-round work, the bureau reported.

But the federal government then imports about 1.1 million legal immigrants and refreshes a resident population of about 1.5 million white-collar visa workers — including approximately one million H-1B workers and spouses — and about 500,000 blue-collar visa workers.

The government also prints out more than one million work permits for foreigners, it tolerates about eight million illegal workers, and it does not punish companies for employing the hundreds of thousands of illegal migrants who sneak across the border or overstay their legal visas each year. 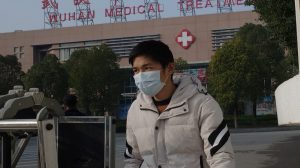 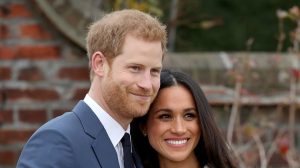 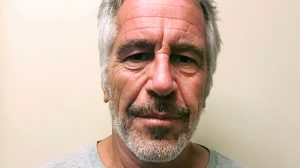 Jeffrey Epstein Had Burst Capillaries In His Eyeballs After He Died Which Pathologist Tells Dr. Oz Suggests He Was STRANGLED and Did Not Hang Himself