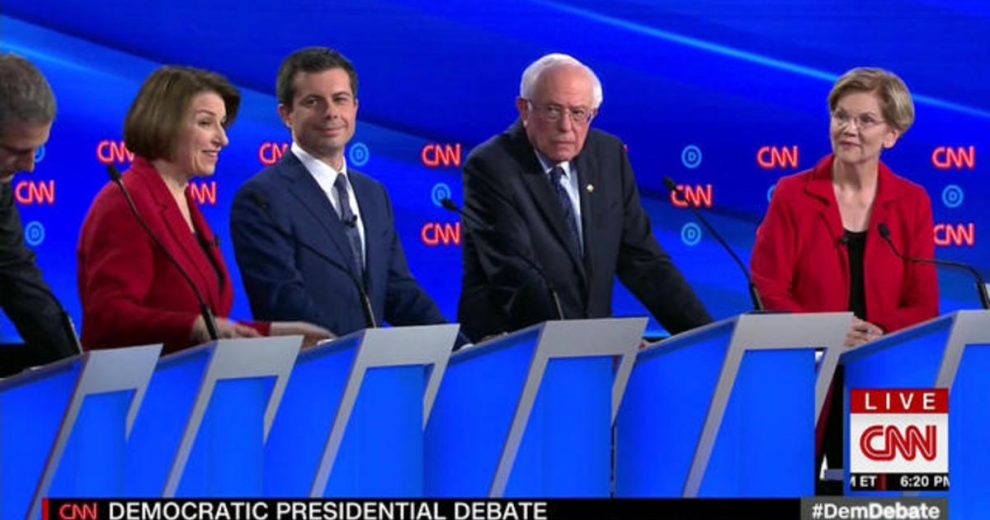 The week began with a conservative lawmaker lobbing a vulgar, sexist slur at Rep. Alexandria Ocasio-Cortez (D-N.Y.) on the steps of the Capitol, sparking days of negative headlines.

Then a handful of House Republicans ambushed Rep. Liz Cheney (R-Wyo.), one of the few women in the GOP conference — and the only female member of leadership — for breaking with President Trump.

And later the president floated an appeal on Twitter for support from the “suburban housewives of America” — an archaic designation that drew immediate scorn.

The series of events have put Republicans on the defensive and left Democrats hoping to use them to convince a crucial constituency — female voters — that they are not isolated incidents but evidence that Republicans are out of touch with women of all stripes.

“These are proof points about, I think, profound disrespect for women and a failure to understand the particular challenges of women, whether it’s in the workforce, or at home, or on health care,” said Rep. David Cicilline (D-R.I.), who heads House Democrats’ messaging arm.

“I suspect it will be an important issue in the campaign.”

GOP leaders and operatives have been quick to push back, rejecting the idea that Republicans are struggling to appeal to women and minorities heading into November’s elections.

House Minority Leader Kevin McCarthy (R-Calif.) noted that Republicans this year have a historic number of women running for elected office around the country.

“So if you want to measure it based upon that, I think we’re improving,” he told reporters Thursday.

McCarthy pointed to Rep. Mike Garcia (R-Calif.), the son of Mexican immigrants who was recently sworn in after winning a special election in May, as an example of the party’s push for diversity.

“He’s not a woman, but he’s a first-generation American,” McCarthy said.

“Do we have areas to improve? Yes,” he added. “But are there improvements out there? I see it each and every day.”

During a vote that day, Rep. Ted Yoho (R-Fla.) approached Ocasio-Cortez on the east steps of the Capitol and tore into her position that poverty and unemployment are driving a recent surge of crime in New York. Yoho said she was “disgusting” and “out of [her] freaking mind” for thinking so. As he walked away, he uttered a final verdict to himself: “Fucking bitch.”

On Thursday, after Ocasio-Cortez had rejected a tepid apology from Yoho, Democratic women rallied behind her on the House floor for an hour of speeches detailing their own horror stories of abuse — and decrying the “culture” of sexism they maintain is fueling it.

“It happens every day in this country,” Ocasio-Cortez said.

The confluence of gender and party has been particularly pronounced under Trump, who has a long history of lambasting anyone – including women – who he perceives as adversaries.

Democrats this week were quick to try to link Yoho’s conduct to that of the president.

“It’s an affirmation, I think, to those who are initially unsure about his misogynistic policies and behavior,” said Rep. Barbara Lee (D-Calif.), a former head of the Congressional Black Caucus (CBC).

Speaker Nancy Pelosi (D-Calif.), who is no stranger to sexist attacks, made the same connection as she hailed Ocasio-Cortez for organizing her show of defiance on the floor.

“What she said is what we all know: [we have] a president of the United States who gives license to people to speak that way, who are at ease with that kind of disrespect, condescension and the rest,” Pelosi said Friday.

Rep. Veronica Escobar (D-Texas), a freshman member of the Hispanic Caucus, recalled an immigration vote last year when she was leading the debate for the Democrats, and “there were Republican men screaming from the House floor yelling, ‘Get out.'” She predicted that, given the prominence of the spat between Yoho and Ocasio-Cortez, voters will notice.

“All of this has been so unfortunate — it’s unpleasant, it’s unseemly. I’m glad the country is now seeing it,” she said. “Because to me it represents what they think of women in America. And I think women in America should vote accordingly.

“What women are witnessing and hearing, provides a motivator in and of itself.”

Ocasio-Cortez is among the most liberal lawmakers on Capitol Hill, and GOP operatives have sought to link vulnerable centrist Democrats to her far-left positions since virtually the day she arrived on Capitol Hill.

“We welcome Democrats using Alexandria Ocasio-Cortez and her radical ideas like defunding the police and raising taxes to pay for the socialist Green New Deal as key campaign issues,” Michael McAdams, a spokesman for the National Republican Congressional Committee, said Friday in an email.

The Cheney saga arrived on Tuesday during a closed-door meeting of Republicans in the Capitol, where a handful of Trump’s closest allies confronted the No. 4 GOP leader for being insufficiently loyal to the president. One bone of contention was Cheney’s vocal support for Anthony Fauci, the nation’s top infectious disease expert who has played an outsized role in the administration’s response to the coronavirus pandemic.

Trump himself piled on against Cheney two days later, saying the hawkish Wyoming Republican “is only upset” because he is working to pull the U.S. out of “the ridiculous and costly Endless Wars” begun by her father, former Vice President Dick Cheney.

Republican leaders quickly downplayed those attacks, saying they were based squarely on policy differences, not gender issues.

“People in our party, we’re allowed to have differences of opinion,” McCarthy said.

Still, the GOP conference is notably male-dominated: There are only 13 House Republican women, compared to 88 female Democrats, and two of those GOP lawmakers are retiring at the end of the year. The optics of Trump and his male allies attacking the only woman on the Republicans’ leadership team was also not overlooked by Democrats and some Cheney supporters.

In yet another gender-based controversy, Trump on Thursday sent a message to the “suburban housewives of America,” warning that Joe Biden, the presumptive Democratic presidential nominee, “will destroy your neighborhood and your American Dream.”

Democrats not only denounced the “housewives” reference as belittling, some also saw a racial subtext in the “suburbs” message.

Rep. Karen Bass (D-Calif.), who heads the CBC, said Trump is getting “desperate” as his poll numbers fall and the coronavirus spreads.

“They have consistently resisted public policies that have benefited women and families,” he said. “That’s been consistent.”