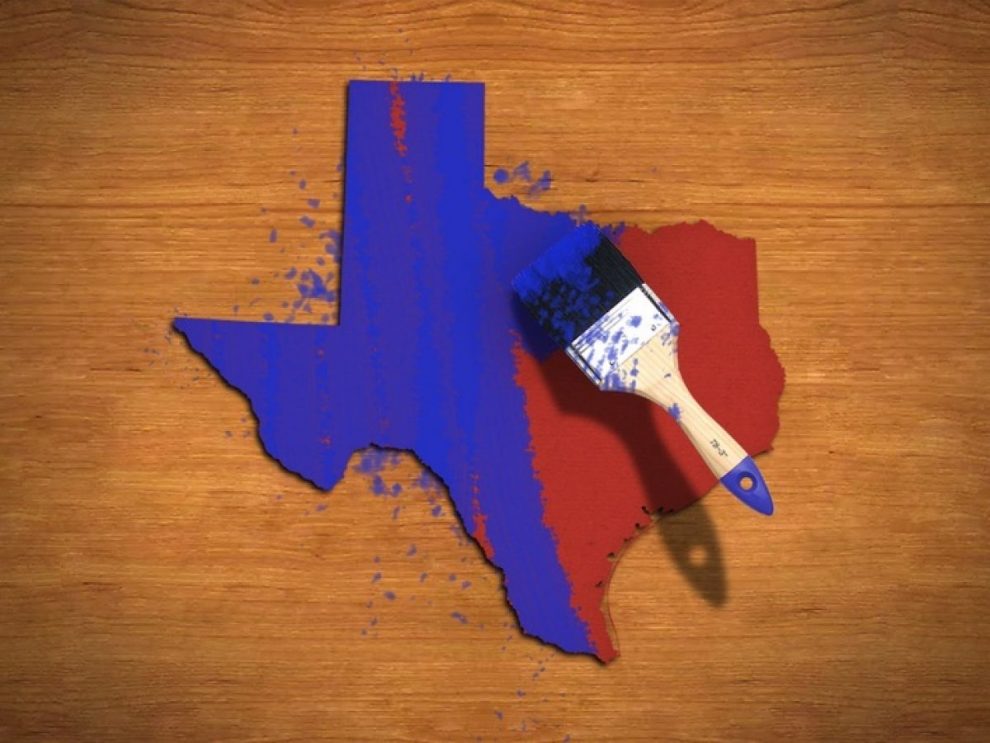 Democrats will go to the polls for their runoff primaries in Texas on Tuesday feeling more optimistic in years that 2020 will be the election that turns the Lone Star State blue.

The party is feeling better and better about its chances in Texas this fall given new polls that show presumptive Democratic nominee Joe Biden in a close race with President Trump.

If that holds out, it could open up more opportunities for the party to win House seats, legislative districts or even a Senate seat.

“This poll shows in the starkest terms yet that Joe Biden will win Texas in November. Texans are sick of the Trump show and want leaders with the empathy and experience to carry them forward,” Manny Garcia, the executive director of the Texas Democratic Party, said in an email to reporters.

A poll showing Biden up 5 points over Trump in the state sent shock waves through the political world on Sunday. The survey, from the Dallas Morning News and the University of Texas at Tyler, placed Biden up 48 points to 43 points, beyond the poll’s margin of error.

No Democrat has won Texas in a presidential election since Jimmy Carter back in 1976. Trump defeated Hillary Clinton by 9 points there in 2016. If Biden were to claim its 38 Electoral College votes in November, he would be near-certain of winning the White House.

Seven House seats now held by Republicans in Texas are considered to be competitive races this fall. In one open seat, Democrats are already favored to win. Two other GOP-held seats are considered toss-ups by The Cook Political Report.

There is already plenty of enthusiasm on the Democratic side, and that is expected to show itself in the party’s U.S. Senate primary runoff on Tuesday, when voters will choose between MJ Hegar and Royce West to go up against Sen. John Cornyn (R) in November.

Texas GOP strategist Brendan Steinhauser thinks Cornyn will win. But, more broadly, he is worried about the effect Trump is having, especially with white female voters in the suburbs. The old cliches of Texas are out of date, he warned. With Trump, “the personality and the tweets and all that” has led to “a kind of fatigue” among the kinds of voters the GOP needs.

“The rural areas are much older than the urban and suburban areas,” he said. “It is an older, white community that votes Republican, and they are quite literally not the future of the state. … Rural Texas is becoming a smaller and smaller part of Texas.”

The general consensus in the pre-Trump era was that Texas would become more competitive over time — particularly due to its growing Latino population — but that a Democratic win was probably still a few election cycles away.

Now, some in the party don’t believe they will have to wait that long.

Trump has been hurt by the coronavirus crisis and by its impact upon the economy in Texas, as he has been nationwide. The Dallas Morning News poll had Texans disapproving of Trump’s handling of the pandemic, 50 points to 44 points. The number of infections has been rising sharply in the state.

But, politically speaking, there are plenty of reasons for caution among Democrats too. Texas is a huge prize, but mounting a serious effort there will carry a hefty price tag for Biden’s campaign — with zero guarantee of success.

The state’s size and the presence of several major media markets makes it extremely expensive. In the 2018 U.S. Senate race, where incumbent Sen. Ted Cruz (R) narrowly held off surging challenger Beto O’Rourke (D), Cruz spent more than $45 million and O’Rourke an eye-popping $79 million, according to data from OpenSecrets.org.

Cruz prevailed, albeit by less than 3 percentage points.

The polling picture in the state also remains mixed. The RealClearPolitics average in the state was a tie as of Monday evening. A CBS News-YouGov poll, completed just last week, had Trump with a 1-point edge, and a University of Texas survey last month put the president up by 4 points.

Some Republicans in the state admit to nervousness about the outcome in November — but lean toward thinking Trump will hold on in the end.

“I don’t believe that Joe Biden is going to win by 5 points. I think Donald Trump is going to win narrowly, but it is competitive,” said Steinhauser. “Trump won by 9 points last time, and I would be surprised if he wins by more than 4 points. Something like 52-48 sounds pretty likely to me.”

The nightmare scenario for Team Biden is that they bet big on Texas, believing that other, more traditional battlegrounds are safely in their column — and it all falls apart. Democratic trauma from the shock 2016 defeat of Clinton runs deep, as does an awareness of the missteps the Clinton campaign is perceived to have made in its battleground state strategy.

Last month, Republican strategist Mark McKinnon — latterly better known as one of the main figures in the HBO show “The Circus” — warned Democrats against putting too many of their chips on a Texas win.

“Here’s the key for Team Biden,” McKinnon wrote in Vanity Fair. “Don’t get distracted by the big, shiny object of Texas. Don’t waste valuable time and resources there. It’s big. It’s expensive. It’s a place where Democrats’ dreams have been dashed for decades.”

Still, McKinnon also noted, “The fact that the polling is even close in Texas should be a four-alarm fire for Team Trump.”

That view is borne out by independent experts.

“Nationally, over the last several weeks, Trump is drifting down, so he is having to compete in places he won handily in 2016,” said Cal Jillson, a political science professor at Southern Methodist University in Texas.

Jillson said Trump could be in real trouble “if he continues to not right the ship” — but he also cautioned that Texas is extremely unlikely to be the single state that would push Biden over the finish line.

“I do see Texas as competitive — but also in a way inconsequential,” Jillson added. “If Texas goes for Biden, all hell has already broken loose and it’s a sweep for Democrats.”