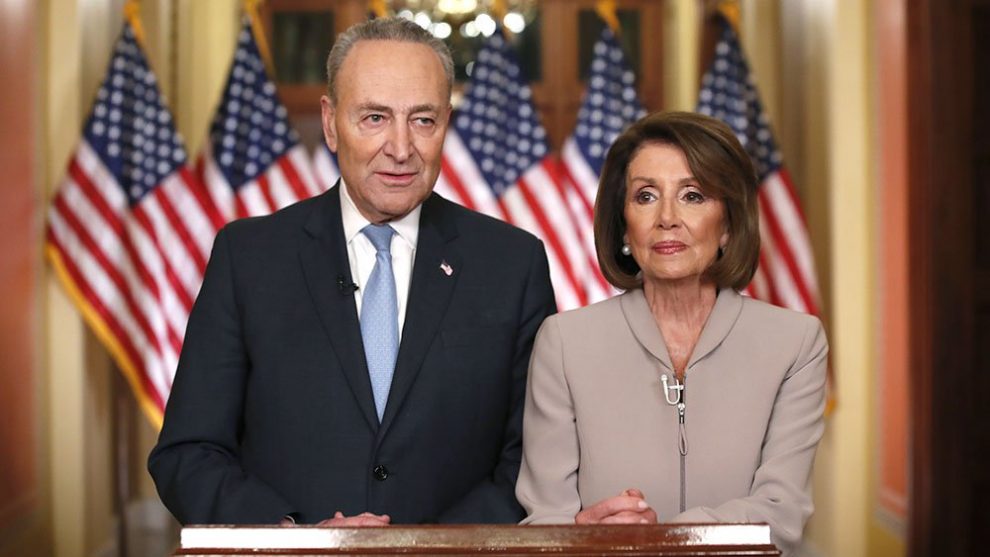 You gotta hand it to them – it’s an innovative strategy to run for President by taking the position that your country is garbage and that its are people deplorable monsters. It’ll be interesting to see how the Democrats fare on their “America sucks!” platform. The last week has seen Team Donkey take brave stands against the flag and celebrating our military, and you would half expect them to next advocate something insanely suicidal, like taking your health insurance or forcing you to pay for illegal aliens’ doctors.

Oh wait, that happened too.

Who are these lunatics? Do they really think this is going to play in America as well as it does in Chicago, Manhattan and Scat Francisco?

Not that they would know it, since they don’t know any real Americans. The current Democrat Party consists of hipster geebos, race hustlers, pierced campus mutants, bitter middle-aged divorcées who teach high school, tech twerps and uninvited foreigners who shouldn’t even be here. The libs will be shocked to learn that real Americans love America.

Their platform, carried out by the carnival freakshow that is the Democrat Party and its allies in the media and in the woke corporations, is part of a greater strategy. It’s to denigrate and then destroy what makes America America, to steal our story from us and replace it with a bogus legacy of oppression and misery. They want to impose upon us a new narrative of a morally stained America unworthy of respect or gratitude, and guess who will be the heroes of that new narrative…

Deal Done: Trump Seals $3 Billion Military Equipment Sale in India Pete Buttigieg’s Father Was A Marxist Professor Who Lauded the Communist Manifesto Warren Get Another Chance To Address Student Loan Debt, She Doubles Down On Her Take

Not the armed Americans who shot the British king’s thugs.

Not the heroic pioneers who civilized the West.

Not the captains of industry who took a primitive backwater and made it the most prosperous and freest nation in human history.

Not the warriors who won at Gettysburg and Normandy.

Them. Yes, the very same Social Justice Weasels who try to rip down everything that is great about America will be the new heroes of this new story. They are the ones with the courage to nag, pester, whine and complain about this country. That’s it. That’s their contribution. Our proposed new heroes are people who never made anything but fools of themselves.

Where is their parade, damnit?

Oh, and you’ll be the story’s villain.

That is, if you let them write you out of your own history. And the indications are that you’re not going to.

We saw the pushback when that cop killer-loving, commie thug-slurping, stupid hair-having bad quarterback got fussy over an old flag, and his ridiculous corporate employer went along with it. We were supposed to accept this latest ratchet left of the Overton Window of America-hating as an old version of the flag was declared “offensive” in anticipation of the predictable next move, when our 50-star Old Glory will get the same treatment. But it didn’t work this time. We laughed at them, and other companies came out with flag-themed footwear.

I went to get new gym shoes and walked right by the Nike display. The hell with them. Let them become niche kicks for jerks. And I’m not the only one. We’re not playing anymore. We’re tired of this.


Pete Buttigieg’s Father Was A Marxist Professor Who Lauded the Communist Manifesto Michael Bloomberg Considering Hillary Clinton as Running Mate Mitt Romney Disinvited from CPAC
On the Fourth, we were fed the lie that recognizing our military on a holiday made possible by Americans with rifles hunting oppressors for sport was some sort of prelude to dictatorship, though in fairness the Trumpian dictatorship has allegedly been descending upon America for the last two-and-a-half years, though it never seems to actually arrive. Dummy journalists journalisted about tanks in the streets of our nation’s capital, compounding their dumb by calling everything with armor and tracks a “tank.” “That’s a Bradley, not a tank” became the new “It’s a republic, not a democracy” as we merrily schooled these pompous goofs. One idiot who is a professor at Harvard, but I repeat myself, noted the eerie parallels to Tiananmen Square, which was quite a trick since there were none. We laughed at him too, and watched the President speak and the B-2/F-22 flyover and embraced the awesomeness that is America.

I think we’ve decided that we’ve had enough of this crap, but I don’t think the liberals understand how annoyed we are. Shhhh. Don’t tell them.

Instead, they are continuing to battle over the relatively tiny America-hating slice of the electorate while Trump is gathering up the patriots. Here’s a quick quiz: Name the Democrat running for president who would be willing to unequivocally say aloud what is the indisputable truth – that the United States of America is the greatest nation on earth.

None of them will.

Not crusty Curb Your Socialism guy.

Not the political gold-digger who wants to bring back busing because of course she does.

Not even Gropey Floppy Sleepy Joe.

And none of them will ever take America’s side in a fight.

Euroweenies won’t foot the bill for their own NATO defense? The real problem is Trump telling them to pay up.

Iran getting uppity? The real problem is Trump wasn’t sucking up to the mullahs enough.

And Russia? The most amusing part of the last week had to be Totally Not Senile Joe explaining how the Russians had hacked our last election and how that would never have happened if he had been Veep. Oh, to be able to listen in on the voices echoing around in his head…

Poor Joe, trying to compete in the Democrat Party’s primary woke-stakes but not understanding that he can never be woke enough. There’s always someone who will go woker. “Detention camps are bad? Oh yeah, well I’ll raise you – now they’re concentration camps! And you’re racist!”


Ocasio-Cortez Guests on RuPaul Show: ‘I Pledge Allegiance to the Drag’ Ocasio-Cortez: Pence ‘Not Qualified’ to Lead Coronavirus Effort — He ‘Literally Does Not Believe in Science’ Hillary Clinton Will Not Rule Out Becoming Vice President: ‘Never Say Never’
Just think if Joe had been smart, brave, and tough enough to look over at the other weirdos, losers and mutations on that stage and say, “Are you people crazy? A Biden administration will not take your health insurance. It’s not going to open the borders and it’s not going to ask Americans to pay for illegal aliens’ – yeah, illegal aliens – health care. We’re not doing reparations or free college for gender studies majors or climate panicking. Oh, and America is the greatest nation on earth.” He would immediately win over the people who have doubts about Trump but a certainty about the America-hating nimrods that AOC’s party is pushing – the certainty that these idiots can never be trusted with power.

Luckily for Trump, it won’t happen. Good-Guy-To-Have-A-Beer-With Joe is long gone, like the wrinkles he had Botoxed away in preparation for this last disastrous White House run. Joe was the Democrat’s final chance to run a major candidate who likes America and likes Americans. Now one of the two major American political parties is all-in on hating the USA and hating you.

If you’re curious about the world that the liberals really want, check out my action-packed yet highly amusing novels about the United States’ split into red and blue countries, People’s Republic, Indian Country and Wildfire. I tried to make it outrageous, with pronoun crimes and mandatory wokeness, but reality keeps catching up to them. Liberals and the sad Loser Boat crew from the failed Weekly Standard called my books “Appalling,” so you know they’re good. 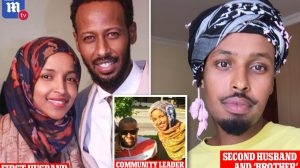 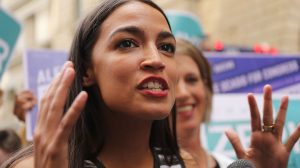 Alexandria Ocasio-Cortez: Trump ‘Is Scared’ to Attack Me in Person 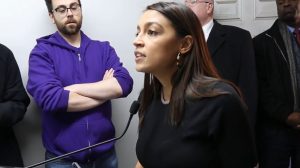 Michelle Obama Claims People Dismiss Presidency After Barack: ‘If a Black Guy Can Do It, Anybody Can’
Revenue Disparity Explains Pay Disparity Between Soccer World Cup’s Men And Women