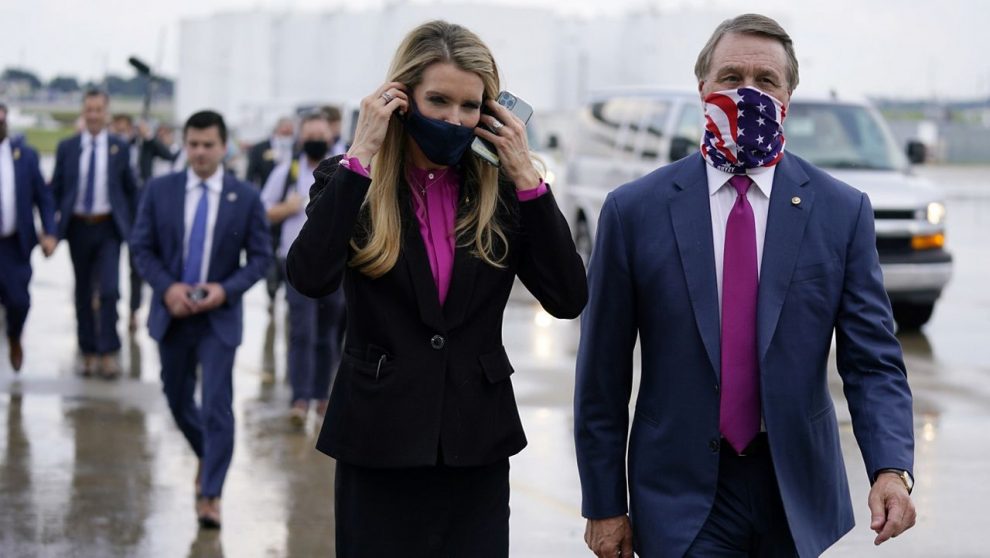 Democrats seeking to create divides among supporters of President Donald Trump and the Georgia Republican Senate candidates doubled down on their messaging on Tuesday.

Really American, a left-wing super PAC that spent close to half a million dollars campaigning against Trump and in support of Joe Biden in the 2020 presidential election, reiterated Tuesday that as Trump and his legal team pursue voter fraud allegations in a handful of states, including Georgia — where certified results showed Trump behind Biden by a narrow 0.26 percent margin — Republican incumbent Sens. David Perdue and Kelly Loeffler have somehow failed the president.

A flurry of media outlets are reaching out to get a comment on the billboards being erected across Georgia. Really Americans founder @JustinAHorwitz has released the following statement regarding the billboards, as a response to any and all press inquiries.https://t.co/8dBiByGGoo

The organization said in a statement Tuesday that “in a rare twist of fate” Trump supporters and supporters of Loeffler’s and Perdue’s Democrat opponents, Rev. Raphael Warnock and Jon Ossoff, “have a shared interest in seeing the two Republicans who failed to deliver a victory for Trump (Loeffler & Perdue), lose.”

As Breitbart News reported, both Loeffler and Perdue have continuously backed the president as he seeks a second recount in Georgia and continues his legal pursuit over election integrity concerns.

However, Really American is persisting with unsubstantiated claims that Loeffler and Perdue stand against Trump.

“If Trump supporters deliver Perdue and Loeffler a victory, they should be acutely aware that they will be delivering Trump and MAGA a serious political defeat,” the organization stated. “The only people trying to conceal this are Loeffler, Perdue, and Mitch McConnell, who want to destroy President Trump but keep his supporters.”

The Georgia GOP responded to the new claims in a statement to Breitbart News on Tuesday, describing Really American’s tactics as disappointing and deceitful.

“It’s disappointing to see an extreme left-wing super PAC come into Georgia with the sole intention of deceiving voters,” Georgia GOP spokeswoman Abigail Sigler said, “but no amount of billboards will divide Georgia Republicans who know that Kelly Loeffler and David Perdue continue to stand with President Donald Trump.”

Sigler pointed to Trump’s plans to campaign for the two candidates in Georgia on Saturday and also noted that Vice President Mike Pence, who has already held two rallies in the Peach State, has scheduled a rally in Savannah for Friday while Donald Trump Jr. just dropped a six-figure radio ad on the race in support of the Republican senators.