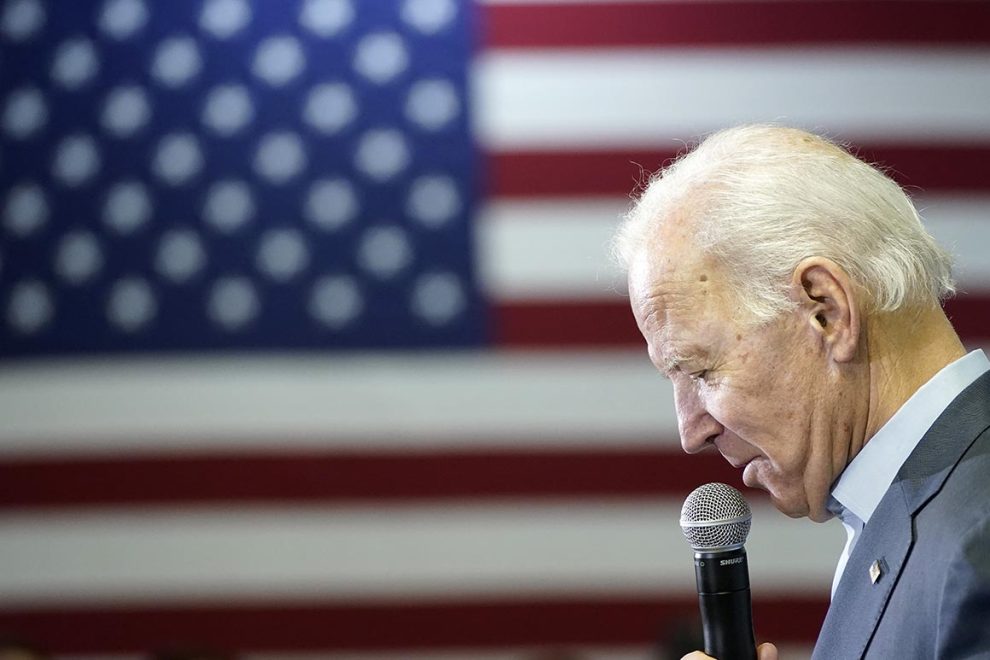 Joe Biden’s decline has been apparent since he entered the 2020 presidential race. That COVID basically shut down campaigning during the most crucial months is one of the reasons he’s in the White House today.

Still, you can only hide from reality for so long, and according to a new report, Democrats are scrambling to find an alternative to the current, geriatric president before the 2024 race heats up. New York Magazine’s write-up also features several other very interesting tidbits.

Or as another top Democrat puts it, “He was told in ’16 he couldn’t cut it. He runs in ’20 and everybody rolls their eyes, and he still wins. So why in the world now would he be like, ‘You guys are right. I am old’?” And yet many of the plugged-in Democrats wandered Pinehurst not entirely persuaded, calculating contingencies: If Biden’s health turned, or if his polling truly collapsed, which of the party’s governors might step up and save them from electoral ruin — and the nightmare of a Trump comeback?

I’m a bit confused by the use of the word “if” in this context. Has Biden’s health not already turned? He looks glazed over, barely has whites in his eyes anymore, consistently gets confused, and has periods where he inexplicable ducks out on his duties. For example, Biden has yet to visit Ukraine while his own wife, Jill Biden, has gone. Further, prior to the Russian invasion, it was Kamala Harris, not the president, who went to Europe, failing spectacularly to ease tensions and prevent the crisis.

As to Biden’s polling, on what planet is a -12.8 percent approval rating, with his topline average coming in at just 41.3 percent, not him having already collapsed? Is the suggestion that his poll numbers could actually go lower? I’d hate to be around for that if it happens because I’m struggling to think of how domestic and world affairs could get much worse than they currently are. What’s the next step that’s going to knee-cap Biden further? Nuclear war?

But the framing here is typical of a liberal publication like New York Magazine. They know what’s actually happening here even if they, and Democrats-at-large, don’t really want to say it out loud in order to make themselves feel better.

Still, the scramble behind the scenes to prepare for life after Biden has begun despite his loyalists not wanting to entertain anything but the senile old man remaining on the top of the ticket.

His inner circle’s insistence that his doldrums will pass, that there’s no cause for concern, is of little reassurance even to some close allies in the party. One person who fits this description has tried casually mapping out ways Biden could get away with avoiding a reelection bid without losing face, if it comes to that, such as insisting he is too busy to campaign because he’s trying to prevent Russia’s invasion of Ukraine from turning into World War III. But the ally hasn’t gotten anywhere. As this person puts it, “The fumes from the paint in the White House are pretty strong”…

…This “Why not at least think about it?” style of reasoning has become popular in moneyed corners of the party, too. Some Wall Street types have started musing about whether former New Orleans mayor Mitch Landrieu, who has been overseeing Biden’s infrastructure spending, might be interested. More still have recently become enamored of Commerce Secretary Gina Raimondo, the former Rhode Island governor. Yet no whispers are as developed as the ones around governors like Cooper, whose prospective advocates talk up his liberal accomplishments in a reddish state, or Murphy, whose associates launched a second political nonprofit for him in February but remain wary of the Chris Christie precedent of overinterpreting state-level success.

I find this thinking rather fanciful. The idea that the Democrat Party is going to abscond from its leftwing base at this point and nominate someone like Roy Cooper or Mitch Landrieu reeks of thinking from those too inside the bubble. It’s like the Republicans who dream of a Larry Hogan or Asa Hutchinson nomination in 2024. That’s just not going to happen, and if Democrats are looking for an alternative to Biden, they are going to have to do better than entertain pipedreams.

Obviously, Kamala Harris is the clearest choice, but as the article notes, her personal lack of popularity and the fact that Biden has essentially abandoned her complicate matters greatly.

Relatively few people outside the White House totally buy it. With Trumpism reascendant, ambivalence about Biden’s age and political standing is fueling skepticism just as the image of his understudy, Vice-President Kamala Harris, dips even further than his. The most recent analysis from the Los Angeles Times has her net approval rating at negative 11. The result is a bizarre disconnect within the Democratic Party, with two factions talking past each other…

…Harris has a rapport with Biden’s chief of staff, Ron Klain, with whom she confers regularly, but Biden has let their regular lunch meetings slip from weekly to biweekly to just twice this year.

It’s a conundrum and one that isn’t easily solved. Harris is popular within the base of the party, and she will also carry the black vote in any Democrat primary. As the article notes, that makes her almost a shoo-in should Biden step aside. Yet, party insiders do not think she can win the general election, and I think they are correct in that judgment.

So where do Democrats go from here? Nowhere good is the answer. They are stuck in a kind of political purgatory where the incumbent president is a clearly declining, incapable old man who will be almost 82-years-old by the time of the next presidential election. Yet, the alternative of Kamala Harris is hardly preferable, and machinations to try to place a more “moderate” figure such as Roy Cooper at the top of the ticket are sure to fail and further destroy the party.

These are the fruits of putting Biden in office in the first place when it was clear he was not up for the job. Further, making someone as unimpressive and unpopular as Kamala Harris vice president, who didn’t even make it to the first primary during the 2020 election, has painted Democrats into a corner. They’ve made this bed, and now, they have to lie in it.