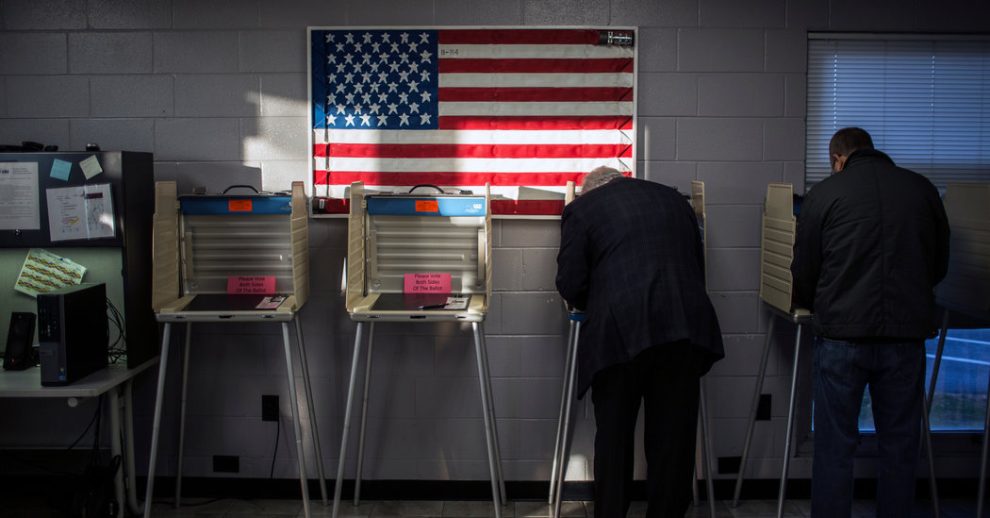 You can’t make this up. After two years of being told the obvious irregularities in 2020 were part of the “most secure election ever,” Politico is worried the 2022 Election could be hacked. Follow the logic, dear readers. Under Barack Obama, the 2016 election was “hacked by Russia.” Yet miraculously, the 2020 election became far more trustworthy under the man they called “literally Hitler,” Donald Trump.

Now, after the triumph of a safe and reliable election that included $400 million in Zuck Bucks to local election offices, unprecedented mail-in balloting, widespread ballot drop-boxes, and changes to election laws nationwide, elections have become less secure. Here is the hot take from Eric Geller at Politico:

The midterms face a bevy of digital threats, from stolen Twitter accounts to hacked election websites, that could spark chaos, confusion and unrest that last long after the polls close.

The 2020 presidential election was rife with allegations of voting machine hacks that were later debunked. Yet there are real risks that hackers could tunnel into voting equipment and other election infrastructure to try to undermine Tuesday’s vote.

So, the Biden administration broke a system that was operating perfectly? It delivered a record 81 million votes for Joe Biden and violated every single election trend, from bellwether counties to minority voting patterns. It may make you think it was the outcome that was perfect, not the process, and many people who watched the trainwreck unfold came to that conclusion. However, you are supposed to believe the same equipment was not vulnerable in 2020 but is this year. The only difference is the party projected to win.

Politico admits any tampering would be localized and quickly detected. However, the mere allegation could undermine faith in the outcome. The author seems unreasonably concerned with DDoS or denial of service attacks that only temporarily disrupt websites. He even acknowledges these websites are not connected to the databases that tally votes, and a DDoS attack does not mean there are server vulnerabilities. Fourteen states have also called on the National Guard Cybersecurity units to counter any threats to election systems before, during, and after the election, according to … Politico.

There is also a new boogeyman. Thankfully, we no longer need to fret about Russian “meddling.” Instead, the identification of Chinese influence operations is supposed to concern us. Not only is it hilarious to assert the Chinese want Republicans elected when they have such long-term friendships with Democrats like Diane Feinstein, Eric Swalwell, and the entire Biden family, it also requires you to believe Russia, China, Iran, and other nations that hate us have not been trying to influence our elections for decades.

Then remember in 2020 when you were told election systems do not attach to the internet? Now, Politico admits Washington, D.C., and at least seven states use wireless modems to transmit unofficial results. The article says these are vulnerable to hackers who could use them to compromise the computers used to tally results. It also says these problems don’t exist with paper ballots, which many Republicans advocate for with machine tallies. So, let’s fix it.

Technology is also not the only threat. The all-encompassing “mis- and disinformation” is also on the list. Of course, Politico frames this as a right-wing issue where “falsehoods are ubiquitous,” and foreign adversaries may eagerly promote them. As if election denial is not a Democrat cottage industry.

Stacey Abrams is already crying about non-existent voter suppression, and Hillary Clinton is on record saying 2024 is at risk due to a vast right-wing conspiracy. Here is another gentle reminder: Hillary Clinton still says a few thousand dollars in Facebook ads purchased by Russia got Donald Trump elected and made him Putin’s puppet. Yet the only campaign that worked with a Russian was hers.

Politico is also very concerned about “targeted voter harassment.” Geller cites one example from 2020 without divulging the scope:

After stealing voter records from a state election database in 2020, Iranian operatives threatened those voters with unspecified consequences if they didn’t vote to reelect then-President Donald Trump. The messages, which contained false allegations of vulnerabilities in election technology, were designed to look like they came from the Proud Boys, a right-wing extremist group.

It strains credulity that Tehran would prefer Donald Trump to Joe Biden. The latter was ready to give away the farm to get a nuclear deal, and John Kerry had been chatting with them during Trump’s presidency. The campaign was thwarted and made public, according to Geller.

Articles like this should tweak your antenna, along with people telling you that we are entering Election Week and should not expect results Tuesday night. Just today, White House Press Secretary Karine Jean-Pierre reiterated that declaring winners could take a few days. It is unclear why this message comes from federal officials when the states run elections. The nation is also being primed to expect right-wing violence when all available data predicts Republicans will do very well. It makes no sense.

Whatever happens, keep your powder dry. And let’s pray we are celebrating a red tsunami beyond the margin of cheating.