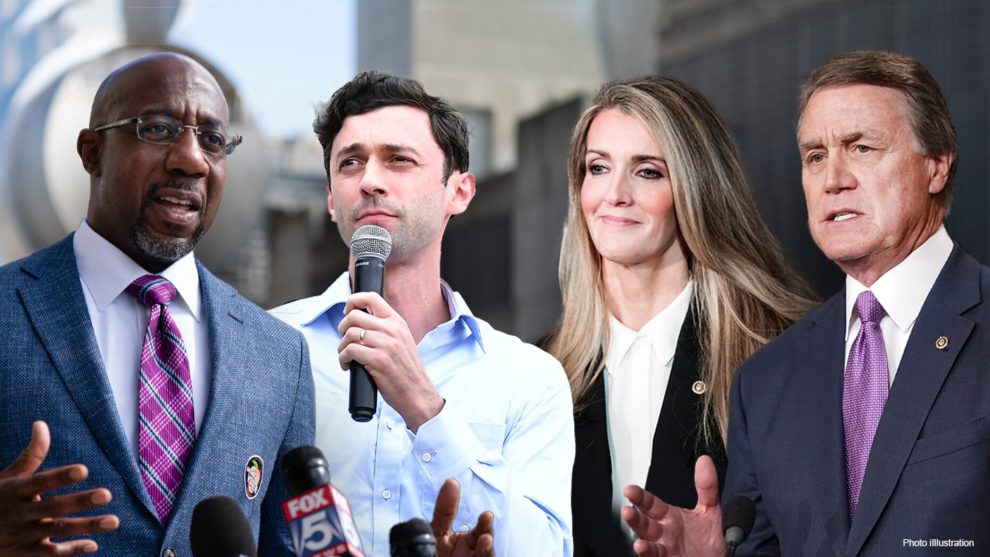 An ad released in the final hours of the campaign on Monday squarely focused on trying to split Sen. Kelly Loeffler (R-GA) from President Donald Trump. “Georgia Gov. Brian Kemp, squaring off with President Trump,” a narrator says at the opening of the ad. “Expected to appoint Kelly Loeffler to the open U.S. Senate seat.”

The ad focused on trying to split Trump from Loeffler, by highlighting how Kemp—Georgia’s governor who Trump says he intends to back a primary challenger against in two years—appointed her to the seat vacated by the now retired former Sen. Johnny Isakson (R-GA). But the most interesting part of the ad may be how it opens: “I’m Raphael Warnock and I approved this message.”

That’s right: the Rev. Raphael Warnock, the Democrat nominee for one of Georgia’s U.S. Senate seats—both of which are up for grabs in Tuesday’s runoffs—is running advertisements trying to depress the turnout of his opponent’s base. The voter suppression effort seems to be an indication of where everyone knows this race will be decided: by President Trump’s supporters. Do they follow his guidance and show up to back Loeffler and Sen. David Perdue (R-GA) on Tuesday? Or do they do as the Democrats want them to and stay home? It’s anybody’s guess, but a lot rides on whether traditional GOP base voters turn out on election day in Georgia or if they sit this one out.

One person who seems particularly worried about the outcome, at least privately, is President-elect Joe Biden. According to a report Tuesday morning from Politico, the Democrat presidential candidate who became the first since Bill Clinton in the early 1990s to flip Georgia—Biden finished barely ahead of Trump on Nov. 3, and Trump contends he still won the state and that fraud led to Biden’s victory—believes that both Warnock and Jon Ossoff will lose their races on Tuesday.

The leak, which came just hours after Biden himself campaigned for them in the Peach State ahead of Trump’s rally for Loeffler and Perdue late Monday night, was brutal. Biden’s team, Politico wrote, is “privately skeptical about Jon Ossoff and Raphael Warnock’s chances.” Losses by the two Democrats, too, will drastically change what Biden is able to accomplish in his administration once he takes office on Jan. 20.

“And though confidants say that the incoming team’s core priorities for that 100-day agenda will remain the same regardless of the outcome — the pandemic, the recession, climate change and racial inequality — they concede that the scale of their plans could change dramatically come Tuesday evening,” Politico’s Tyler Pager and Megan Cassella wrote on Tuesday.

ns and consider not voting. “Trump’s been generally unhelpful throughout this whole process,” the anonymous GOP senate aide said, warning that “Republicans should be prepared for a bad night.”

The concern is that base voters may or may not turn up. But while Trump has expressed his disdain over the Nov. 3 election, he has been equally clear to Georgians in two different rallies and a number of other public statements that he needs and wants them to show up and vote for Loeffler and Perdue.

So that leaves open the question, if Trump is telling his supporters to vote, who is telling his supporters not to vote? Well, in addition to the actual Democrat candidates—as evidenced by the new Warnock ad—it’s Democrats, as Breitbart News has previously reported earlier in the campaign, and it’s also Never Trumpers at the Lincoln Project who are basically Democrats at this stage.

The Lincoln Project is running a new ad in Georgia, according to the New York Times, that quotes attorney Lin Wood questioning why Georgians would vote in this election when they believe the last one was rigged:

The Lincoln Project is running this ad in Georgia on Facebook encouraging Republicans not to vote, featuring Lin Wood, among others https://t.co/4UWYCTd7fk pic.twitter.com/63QCmZFxrC

Wood has presented himself a pro-Trump attorney, and while he has donated to Trump and Republicans this election cycle, his political donation history as previously revealed by Breitbart News paints a very different picture: He is a longtime Democrat donor having backed Democrats for office at the federal and state level in Georgia in particular for years and years. He also previously opposed Perdue, backing his Democrat opponent with financial contributions.

And while it’s unclear who paid for it, signs like this appeared outside the Trump rally in Dalton on Monday night:

There is no cell service or working WiFi at the Trump rally here in Dalton, but I’m going to see if this will work from the perimeter…

There were several of these signs in the mile or so leading up to the rally site. pic.twitter.com/Mjr3wOqTD9

But a Democrat Super PAC has been very publicly behind a billboard campaign in Georgia with essentially the same message, as Breitbart News reported earlier in the campaign.

In other words, this all means it’s the Democrats who are trying to suppress the vote in Georgia—at least part of the vote, the part from the pro-Trump areas—as part of their last-ditch effort to win control of the U.S. Senate in races their president-elect does not even think they have a shot at, which the Politico article sums up nicely.

“Privately, Biden’s team does not expect to win the races, according to Democratic officials, but they are more optimistic about their chances than they were weeks ago,” Pager and Cassella wrote. “Though the president-elect narrowly won the state in November, they attribute that to a powerful anti-Trump sentiment that did not translate down the ballot. Perdue received about 88,000 more votes than Ossoff, and the top two Republicans combined got more than 636,000 votes than Warnock in the special election. One former Democratic official said few Democrats, if any, are preparing for victory. It’s not ‘their organizing principle,’ the official said of the incoming transition team, adding that their planning has focused on Democrats not having control of the Senate.” 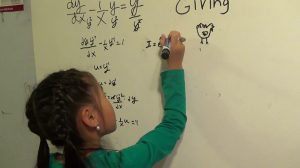 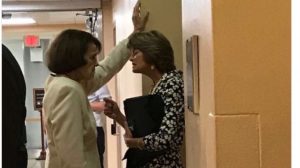 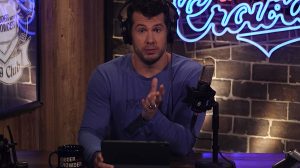