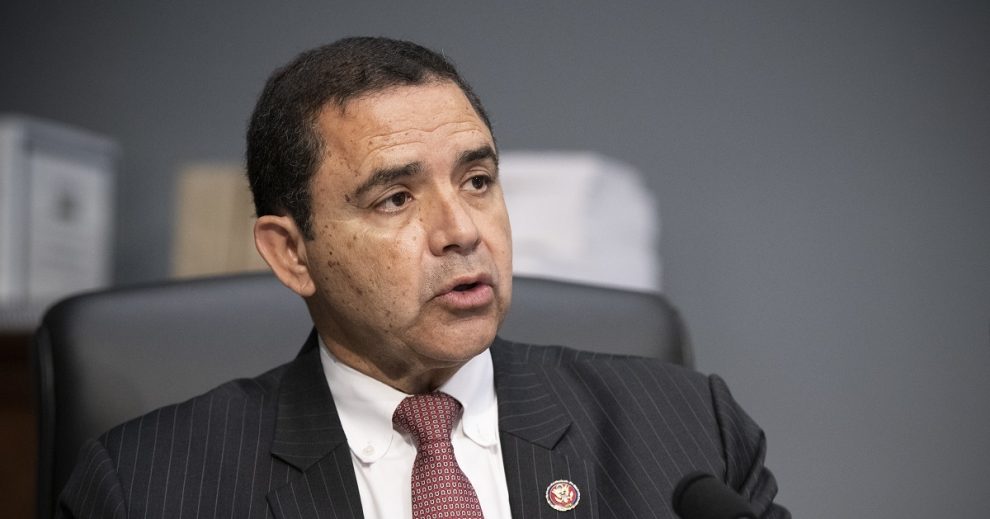 Texas Democratic Congressman Henry Cuellar slammed AOC for her comments that any Democrat who is pro-life should not be welcomed to the party. He also criticized the Biden administration’s inaction in securing the southern border.

Cuellar, the only pro-life Democratic congressman, responded to AOC’s comment that the Democratic Party should “reassess if it’s appropriate” for pro-life members of her party to continue serving their constituents as Democrats. Cuellar responded to AOC on Fox News Digital.

“I’m a pro-life Democrat … I know it’s a decision that, unfortunately, divides a lot of people. It’s a very emotional issue and I understand that.”

Cuellar is a common sense, centrist Democrat, and he has different views than the progressive wing of the party. Recently, he faced Jessica Cisneros in Texas’ 28th Congressional District. Cisneros, an AOC-backed progressive, has requested a recount, as Cuellar won the race by 289 votes.

Cuellar to Democrats: "Let me be me" https://t.co/flbXNKa98f

He continued that the remarks by AOC were “laughable” and said that AOC should look up the definition of progressive, as “the squad” may have forgotten what progressivism is.

“I would ask her to look up the definition of a progressive in the dictionary … It says that a progressive is one that’s open to new ideas. The only thing wrong with some of these new progressives is that they’re not open to the new ideas, they’re only open to their ideas. And somebody down the line came up with a standard that the only standard there should be is ‘you have to agree with me, and if you don’t agree with me, then you’re the pro-enemy’ and that’s what makes it so hard to work in Congress because people set these artificial standards when we ought to be looking at how do we work together.”

The Texas Congressman added that AOC should not be the one deciding who should and should not be a Democrat; instead, leave that up to the voters of their district to decide.

“Who is she to decide what’s the standard of being a real Democrat,” he said. “If you look at what we do as members of Congress, we represent a district – she represents her district, I represent my district – and that’s the way it should be.”

Following the semitrailer in San Antonio containing dead migrants being found abandoned, Cuellar said he believes his party has not implemented meaningful reform when it comes to immigration as the ongoing crisis at the southern border continues.

Cuellar shared how he would deal with the influx of illegal migrants coming through the southern border.

“The metric I use, you look at what the law is, and you enforce that law,” he said. “Under that, there will be some that stay under the current asylum laws because that’s what the law says. If you get 100 people before an immigration judge, that judge will probably only allow 10 to 12% [to remain]. So my question is, why are we allowing 100% of the people when we should only be allowing 10 to 12%, according to the immigration judges. That’s the issue. There are some people that believe in open borders, I do not believe in open borders. There are some people that believe in getting rid of border patrol, getting rid of ICE. I don’t believe in that.”

He also honed in on the fact that ICE and border patrol should not be abolished at all, especially during an influx at the southern border.

Cuellar was asked about the Associated Press reporting that nearly 1.7 million people changed their party affiliation over the past year. Cuellar added that if Democrats want to win future elections, they need to do a slew of things to regain their momentum, which does not seem likely at the moment, but for the country’s greater good, hopefully, it happens.

“It should bring alerts to Democrats that you cannot be for open borders, you cannot be against oil and gas, you cannot favor getting rid of border patrol and ICE,” he said. “I say all that because I, in a primary against a lefty, used all that. I hit her for being open borders, I hit her for being against oil and gas jobs. I hit her for trying to get rid of border patrol and ICE. And remember, this was a Democratic primary, and in South Texas, I won those counties along the border with 80% or so using [those] issues, and being for the Second Amendment also. I used those issues that I know are important to South Texas.”