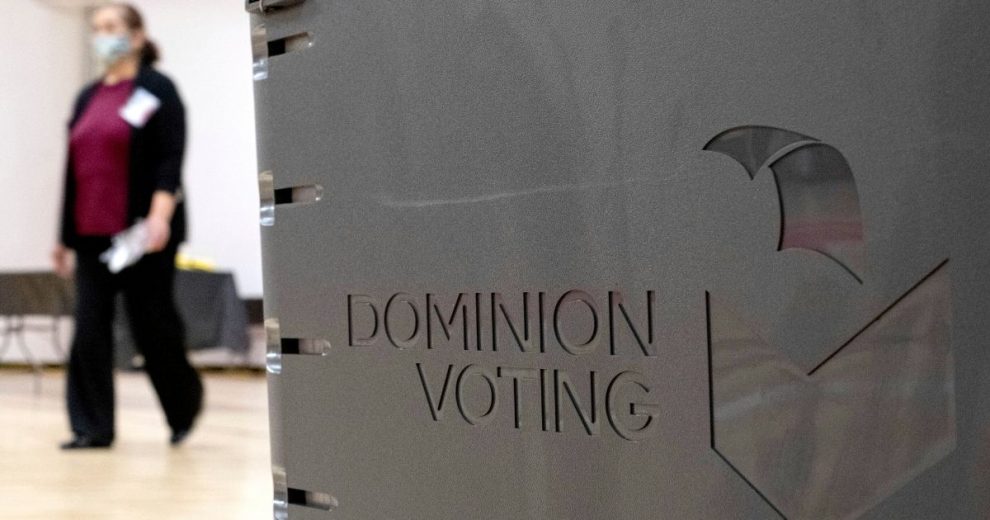 An Idaho Democrat who carried an endorsement from Planned Parenthood learned that the hard way last week after initial reports from election night showed she had won a state House seat that covers parts of three counties, only for one of the counties to learn that those initial reports were incorrect.

And the GOP came out on top after all.

According to the Idaho Capital Sun, a nonprofit outlet, Democrat Karma Metzler Fitzgerald at first appeared to have won the race for House District 26, Seat B, which represents parts of Blaine, Jerome and Lincoln counties in the south-central part of the Gem State.

The margin of victory in the district appeared to be 383 votes, the Capital Sun reported.

That didn’t last. Thanks to a technical glitch in the Jerome County elections system, the initial vote count was wrong.

When the counting was corrected, Republican Jack Nelsen triumphed by a total of 84 votes.

How about Idaho ? Republican Jack Nelsen! by the skin of our teeth! https://t.co/Gb89MQJeS9

Chad Houck, Idaho’s deputy secretary of state, told the outlet that the problem was strictly a question of how the votes were being reported, not how they were cast or counted in Jerome County. He compared it to a spreadsheet program that failed to include one column of data in its calculations, according to the Capital Sun.

“Even though the data in the table was an accurate reflection of what their machine results were and what they had reconciled that night, what was visibly seen by the public did not reflect those numbers,” Houck told the outlet.

That couldn’t have come as much comfort to Fitzgerald, who told KMVT-TV in Twin Falls that the news hit like a “gut punch” when the secretary of state’s office phoned shortly after she thought she won.

“The Secretary of State’s Office had called while I was on the phone with somebody who was congratulating me. We were making plans on all the things I would be able to do once I was officially sworn in,” Fitzgerald told the station in a story published Tuesday.

“I hung up the phone and checked my voicemail and there’s this message that said there is a problem … I was devastated. I so wanted this job and to be able to serve the people of this district.”

(Her Planned Parenthood supporters must have been crushed, too. Let’s all spare a moment to shed a tear for that miserable bunch.)

For his part, Nelson told KMVT that the initial numbers looked “surreal” because the totals out of Jerome County were suspiciously low.

“After the correction, the results matched up closer to what we had expected. However, it was a shock,” he told the station.

Houck told the Capital Sun the incident showed the importance of the public being aware that “unofficial” results from election night are just that — “unofficial” until the whole process of certification is complete.

And that’s true, of course. (Republicans in a state House district in New Hampshire learned a similar lesson after a recount this week and a Democrat eked out a victory.)

But it also shows just how important it is for officials in every election to double-check every element of the election system — in every municipality, county and state, from sea to shining sea.

Every valid vote in the United States has to be counted for its true weight. When elections systems fail, whether because ineligible individuals are allowed on the rolls, apparent ineptitude on Election Day snarls the process or outright fraud takes place, it can dilute the power of a ballot and damage voters’ faith in their own system. (It can also lead to post-election challenges.)

Fitzgerald told KMVT she would likely request a recount — understandable, given the tiny margin of victory out of almost 16,000 votes counted as of Wednesday.

But the important thing is that the results be calculated correctly to ensure Americans have confidence in their elections, whether the race is for president of the United States or the town dog catcher. (And with all due respect to the no-doubt hard-working folks in Jerome County, getting it right the first time, and in full public view, is pretty important, too.)

And no matter what the office, or the area of the country, it ain’t over ’til it’s over.