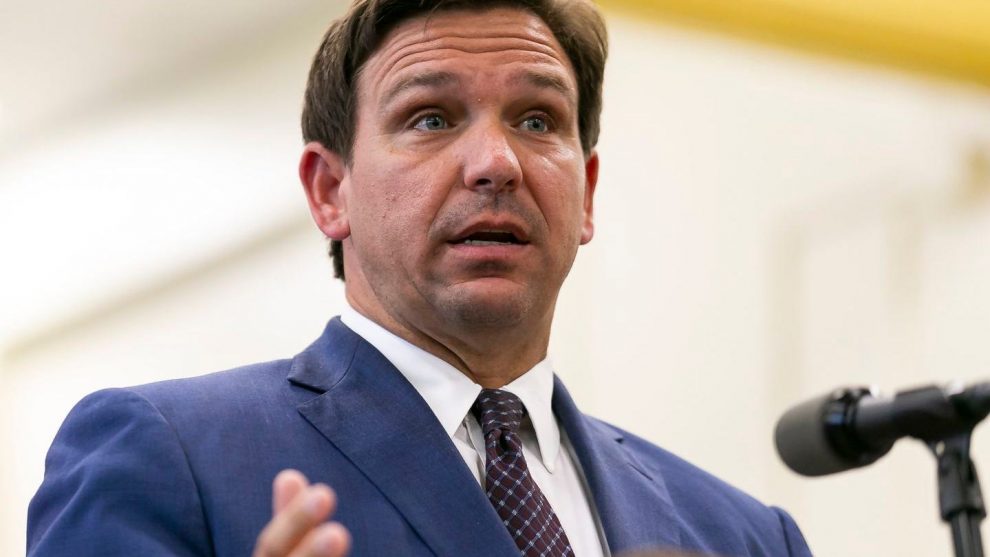 A Democrat sheriff announced Monday that his office has launched an investigation into Florida Governor Ron DeSantis’ (D) operation sending 50 illegal immigrants to Martha’s Vineyard last week, although he did not name any suspects.

Bexar County Sheriff Javier Salazar’s said in a statement that his office “has opened an investigation into the migrants that were lured from the Migrant Resource Center, located in Bexar County, TX, and flown to Florida, where they were ultimately left to fend for themselves in Martha’s Vineyard, MA.”

“Additionally, we are working with private attorneys who are representing the victims, as well as advocacy organizations regarding this incident,” he continued. “We are also preparing to work with any federal agencies that have concurrent jurisdiction, should the need arise.”

DeSantis said at a press conference that the people who were contracted gave the illegal immigrants a release form to sign and a packet that included a map of Martha’s Vineyard. “So it was obvious that that’s where they were going and they gave that to them,” DeSantis added.

Florida’s Voice reported Monday that they obtained one of the brochures that the illegal immigrants were given prior to heading to Martha’s Vineyard. The publication said that they confirmed the information with the governor’s office.

The brochure, which is written in both English and Spanish, is titled: “Massachusetts Refugee Benefits/Massachusetts Beneficios para Refugiados,” and includes pictures of Massachusetts.

BREAKING: Florida's Voice has confirmed with Ron DeSantis' office the below brochure was given to migrants who were voluntarily flown to Martha's Vineyard

Salazar claimed without evidence that the illegal immigrants were in the U.S. “legally” and that they had “every right to be” where they were.

“Florida can confirm the two planes with illegal immigrants that arrived in Martha’s Vineyard today were part of the state’s relocation program to transport illegal immigrants to sanctuary destinations,” an official for DeSantis’ office said in a statement last week. “States like Massachusetts, New York, and California will better facilitate the care of these individuals who they have invited into our country’ by incentivizing illegal immigration through their designation as ‘sanctuary states’ and support for the Biden Administration’s open border policies.”

The official continued, “In this past legislative session the Florida Legislature appropriated $12 million to implement a program to facilitate the transport of illegal immigrants from this state consistent with federal law.”