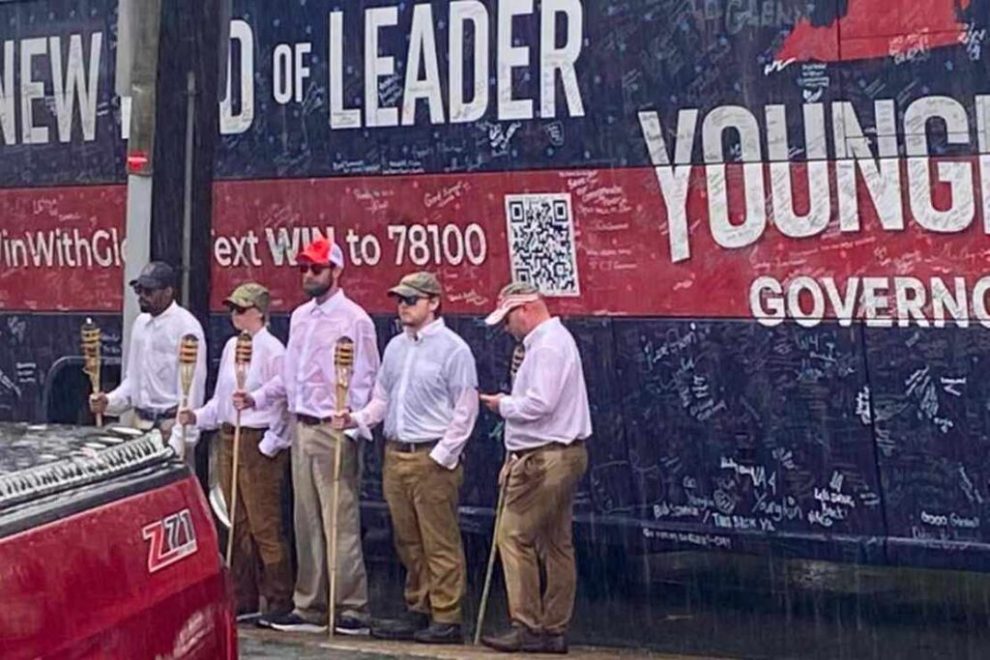 “In my capacity as a communications consultant, I worked w @ProjectLincoln to coordinate today’s Youngkin action in Charlottesville,” Windsor tweeted. “I join them in the fight to defend our democracy from rightwing extremists and call for Glenn Youngkin to denounce Trump’s ‘very fine people.”

In my capacity as a communications consultant, I worked w @ProjectLincoln to coordinate today's Youngkin action in Charlottesville. I join them in the fight to defend our democracy from rightwing extremists and call for Glenn Youngkin to denounce Trump’s ‘very fine people.

The tiki torch hoax alluded to the 2017 Charlottesville protests by having five people hold tiki torches while posing in front of Glenn Youngkin’s campaign bus.

This stunt attempted to push the false narrative that Youngkin’s candidacy is synonymous with racism and white supremacy.

Reporters and politicians were quick to highlight the tiki hoax, giving the stunt credibility. However, many users on social media questioned its authenticity.

These men approached @GlennYoungkin’s bus as it pulled up saying what sounded like, “We’re all in for Glenn.” Here they are standing in front of the bus as his campaign event at Guadalajara started.@NBC29 pic.twitter.com/l681ejyBjc

I demand all of these white nationalists be fired from their jobs at the Virginia Democrat Party immediately! https://t.co/rIq8aU0hwl

The Democrat Party of Virginia then denied that it or its “coordinated partners” or “affiliates” played any role in the tiki stunt.

Ultimately, the pro-Democrat Lincoln Project owned up to staging the event. “The Lincoln Project has run advertisements highlighting the hate unleashed in Charlottesville as well as Glenn Youngkin’s continued failure to denounce Donald Trump’s ‘very fine people on both sides,’” the Lincoln Project said in a statement.

“Today’s demonstration was our way of reminding Virginians what happened in Charlottesville four years ago, the Republican Party’s embrace of those values, and Glenn Youngkin’s failure to condemn it,” the statement continued.

However, Windsor and the Lincoln Project’s embrace of the “very fine people” quote takes former President Trump’s comments out of context, as debunked in the president’s second impeachment trial. Moreover, a record of Trump’s entire statement about Charlottesville reveals Trump said there “were very fine people on both sides,” while admitting there were “some very bad people in that group”:

Friday’s tiki torch hoax is not the publicity McAuliffe’s campaign hopes for going into the final weekend of the election season, trailing Youngkin in polls.

“What happened today is disgusting and distasteful and we condemn it in the strongest terms. Those involved should immediately apologize,” McAuliffe campaign manager Chris Bolling told Vice News in a statement.

Youngkin leads McAuliffe in the gubernatorial race by one point, according to a poll released Friday. 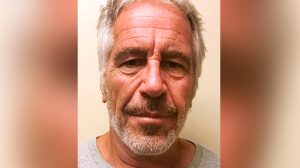 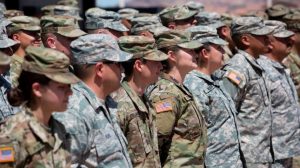 ‘We Got to Take These Motherf***ers Out’: Professor Says White People ‘Committed to Being Villains’
Biden Faces Backlash For Considering Paying Illegal Aliens Separated At Border $450K: ‘Pure Insanity’