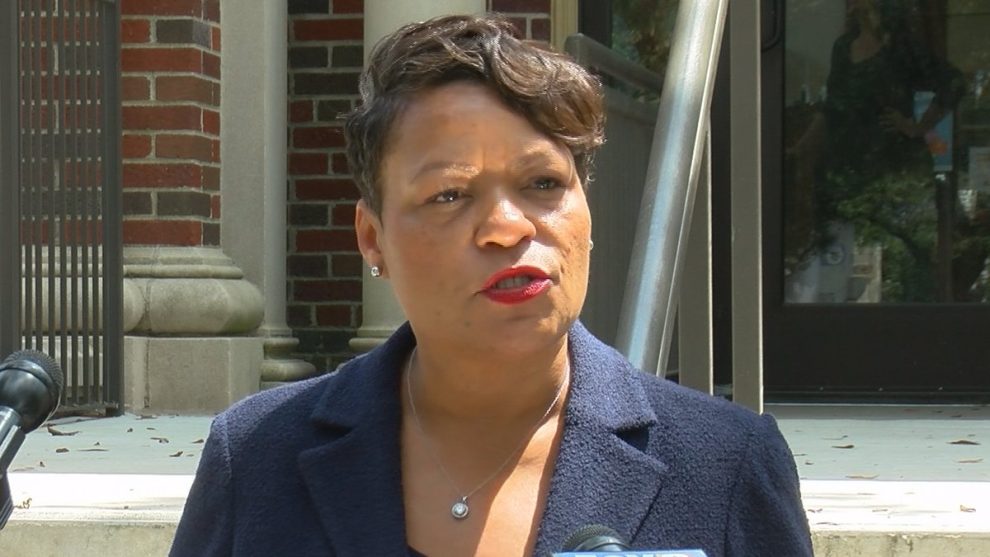 Embattled New Orleans Mayor LaToya Cantrell has stepped in it again, this time for constantly upgrading her flights to first-class seating at the taxpayers’ expense because she claims, black women are “unsafe” on America’s airlines.

Cantrell has purposefully thumbed her nose at city rules that state that officials must travel in economy class seating, or reimburse the city for the higher-class tickets, and has been caught repeatedly upgrading her tickets to first class or business class seating all on the city’s tab.

Indeed, according to WJW, she has spent nearly $30,000 of the taxpayers’ money to travel in luxury.

Oh, but she has a most woke excuse, don’t you know?

She insists that she must upgrade her flights because America is racist.

During a Thursday press conference, Cantrell explained that traveling in luxury was important because she is making New Orleans “better,” and so, she will not be reimbursing anyone despite the rules.

She also claimed that she travels in luxury to “protect herself.”

“My travel accommodations are a matter of safety, not of luxury,” Cantrell exclaimed, the Daily Mail reported.

She went on to add that “all women” know this as a fact, saying, “As all women know, our health and safety are often disregarded, and we are left to navigate alone.”

“As the mother of a young child whom I live for, I am going to protect myself by any reasonable means in order to ensure I am there to see her grow into the strong woman I am raising her to be,” she added piously.

“Anyone who wants to question how I protect myself just doesn’t understand the world black women walk in,” Cantrell haughtily concluded.

There must be an awfully large number of stories in the media of black women being attacked in coach or economy class seating on America’s airlines that I have somehow missed seeing.

Making a mockery of her own point, though, several of her key staff members are black men and women but as the Daily Mail added, Cantrell makes all her staff and security teams travel in economy class. I guess their “safety” is not of interest to her.

Cantrell has also tried to squirm out of being considered a “city employee” so that she can skirt the requirements to reimburse the city for the flight upgrades. But Dillard University public policy professor Robert Collins said that it is absurd to claim Cantrell is not a city employee. “It’s sort of like saying the President of the United States is not an employee of the federal government. He draws a salary, of course he is,” Collins said, the Mail noted.

Cantrell has had a mountain of other troubles through her tainted term in office. Her term has coincided with a huge spike in violent crime and murder. in another controversial move, she blamed the police for her threat to cancel Mardi Gras — then walked that back after the outcry. And she already faced a recall effort even before this latest imbroglio over her refusal to obey the city’s travel expense rules.

It is hard to fault Cantrell, at least in one respect. Her assumptions hew along the racial Black Lives Matter mindset that maintains that a black person takes their lives in their hands simply by walking out of their front door because America is so endemically racist against blacks.

Unfortunately, her proclamations would lead us straight back to the old days of segregation that the civil rights movement fought so hard to eliminate. Only this time the separation by race would be instigated by the left which claims that white people are too evil and violent among which to live.

After all, to make Cantrell and her self-important, woke, liberal ilk feel “safe,” we would have to set up black-only flights, black-only buses and any other manner of racially segregated events and situations to satisfy her political agenda.

That isn’t the America Cantrell’s own ancestors fought to create.