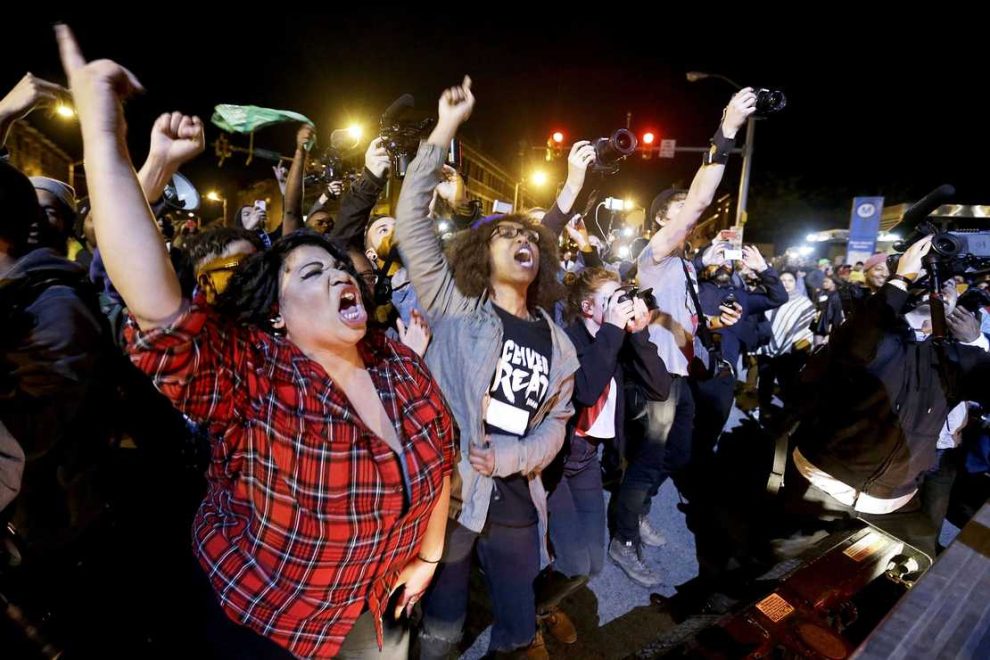 Managing Editor Jennifer Van Laar reported on the recent attack in Florida of a Rubio canvasser wearing the senator’s branded T-shirt and a DeSantis hat.

It’s a sobering reminder that even in a Red state like Florida, Democrats who feel threatened over what will be significant losses after the November midterms, are resorting to violence to express their frustrations.

We are now 15 days from the November 8 midterms, and in many states, early voting has already started. The polling, as well as the voting tallies, are not leaning in the Democrat’s favor:

They know they are going to lose, and they need to deflect, blame, and cry “threats to democracy” as much as possible before then. They are even trotting out the tired line about Republicans taking away Medicare and Social Security. I cast my first vote at 18, and am now just shy of 60. For 42 years, during every midterm and presidential election cycle, I have heard some variation of this ridiculous lie. The Democrats are truly desperate, and that desperation is leading to acting out in destructive ways. While legacy media and Democrats wanted Republican candidates and Republican voters to be the precipitators of violence, we are not taking the bait. The majority of the Republican candidates have been miraculously on point, on message, and more importantly on the offensive in getting their message to the voters and pointing out the destructiveness of the Democrat agenda.

Who is taking the bait of their leaders? Democrat and Leftist voters. If they cannot keep the House, then they’ll burn the house down, and take lives with them.

The language by Democrat elected officials, including the person currently occupying the White House, is only ratcheting up their insecurity, anger, and unrest. Yet these same officials are radio silent when acts of violence are perpetrated against Republican officials and candidates, or those perceived to be aligned to the right.

Here is a small rundown of politically-fueled attacks over the past few months:

Shannon Brandt was arrested for using his car to run over, and ultimately kill 18-year-old Cayler Ellingson because he believed Ellingson was a part of a “Republican extremist” group.

A pro-life elderly woman was canvassing for the cause in Michigan when she was shot in the back.
New York Governor candidate Lee Zeldin was attacked while speaking at a campaign event by a man wielding a bladed instrument.

The calls for violence by Democrats gained full steam with the leak of the draft opinion in the Dobbs decision. Once the final decision on Dobbs was confirmed and Roe v. Wade was overturned, the Democrats and the Left (but I repeat myself), blew the lid off any constraints on how they felt about “MAGA” or “extremist Republicans,” a term that none of them can adequately define. What it appears to mean is anyone who does not agree with their agenda to kill babies without restrictions and without apology, mutilate young people without their parent’s consent, and control every aspect of a person’s education, work, and what they put into their body.

The very dim HI Sen. Maize Hirono was one of the first out the gate to blame an “extreme, far-right Supreme Court” and the “extreme MAGA Republican” base for the infringement on reproductive health, and railed that a Republican majority in the Senate would be “catastrophic.”

Hirono stopped short of calling for violence, but her “call to arms” and the consistent use of inflammatory language only served to stoke the fire.

“We’ve got multiple layers of hypocrisy here” said political analyst Michele Maples, “We’ve got, attack your fellow Americans if they don’t agree with you politically, and then we’ve got this call to arms where Senator Hirono is saying, those people who agree with me politically? They can have arms.”

Then in August, Biden’s Reichstag speech sealed the deal. Republicans are fascist, and MAGA, extreme Republicans even more so. Biden blamed MAGA Republicans for everything from threatening the foundation of the republic to taking the country backwards.

The timing of Biden’s speech was no accident. Labor Day is traditionally seen as the beginning of the fall campaign season. And Biden’s speech previewed how Democrats will run their campaigns this fall. They won’t tout all the popular policies they enacted while they controlled the House, Senate, and presidency because they have none. The average voter has no idea what is in the Inflation Reduction Act, but they do correctly know that it will do nothing to lower inflation. In fact, it will only make it worse.

Unable to campaign on substance, Biden’s Thursday speech was designed to change the subject. Biden is hoping his party can retain complete control of Washington by making the 2022 midterm elections all about one man whose name isn’t on a single ballot: Trump.

Biden tried, but if polls bear out, he has miserably failed. As the country struggles with high inflation, high gas prices, surging crime, and attempting to ensure their children are educated without being butchered or indoctrinated, voters have little patience with the Democrat obsessions with Trump, violence, and made-up insurrections. They are looking toward Republicans, rather than being repelled by them, and this is making all the usual suspects very angry. Like the Wicked Witch of the West, they use their words to incite their flying monkeys into action, attacking anyone who opposes their agenda, or just because they can.

In early September, Ohio Rep. and Senate hopeful Tim Ryan went on MSNBC to join the chorus by spouting this nonsense.

“Some of those answers will come from Republicans. Not the extremists that we’re dealing with every single day. We’ve gotta kill and confront that movement,” he declared.

Tim Ryan: We have to “kill and confront that movement” of “extremist” Republicans. pic.twitter.com/ETITYgjGsj

He should wonder no more why OH Senate candidate J.D. Vance is running away with the race.

TX Sen. Ted Cruz went on The Spew View and mixed it up with Whoopi Goldberg about which side becomes unhinged when things don’t go their way. It was a fair fight, but Sen. Cruz swept the floor with Goldberg:

Cruz: "Did I miss an entire year of Antifa riots where cities across this country were burning…?"

Whoopi: "I don't know what an Antifa riot is."

We do have a problem with civility, but that problem is markedly one-sided. In what universe do you murder and attack people just because you do not like their political leanings? But Democrats remain silent in the face of the violence against Republican elected officials and voters, then continue to double down on the language that enables and encourages this behavior.

They have already lost the argument surrounding January 6, and they will lose even more come November.