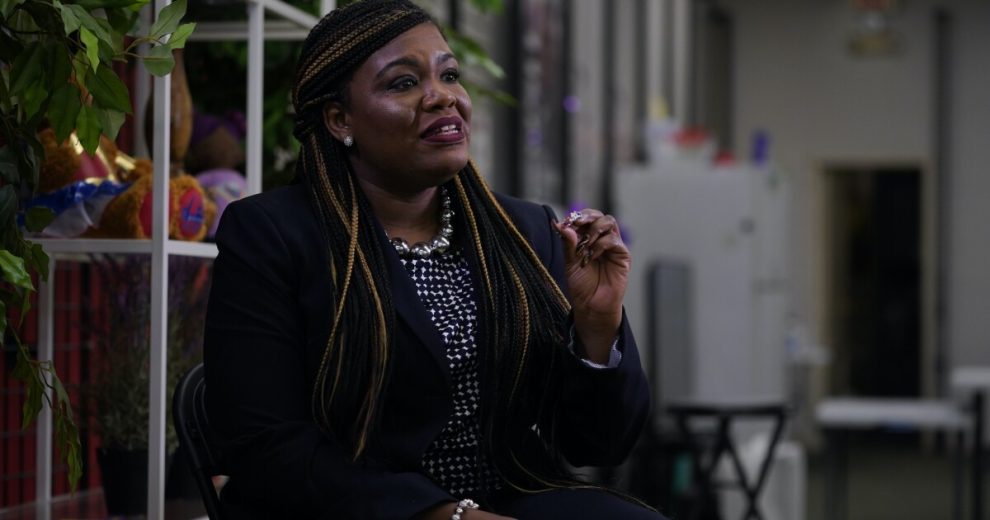 Far left Democrat Rep. Cori Bush of Missouri was recently asked in an interview if she supported the idea of a second term for Joe Biden and she flat out wouldn’t answer.

She said that it was a question she didn’t want to answer right now.

What a vote of confidence that is. Democrats know Biden is a loser in 2024. They can’t come out and say it because Biden is a fellow Democrat.

Missouri Democrat Congresswoman Cori Bush high-tailed it away from an interview when President Joe Biden was brought up. Not that anyone can blame her, since Biden is one of the most toxic Democrats to ever hold office. Just being near him makes your own career harder.

The political editor of NBC affiliate KSDK in St. Louis, Mark Maxwell, posted a small clip to Twitter that showed Bush in an interview with him and being asked whether or not Joe Biden should run for a second term in office. The moment the question was asked, Bush became very uneasy and expressed that she didn’t want to answer that question at all.

It’s an easy question,” Maxwell said as Bush stammered after he asked. “You know, it’s not going to take long. Do you want to see Joe Biden run?”

Watch the video below:

“I don’t want to answer that question,” she says, adding, “He’s the President. He has the right to run for a second term.”

She had another event scheduled 20 mins later across town. pic.twitter.com/4FEpGP1jVK

If members of Biden’s own party won’t support him in 2024, why should anyone else?