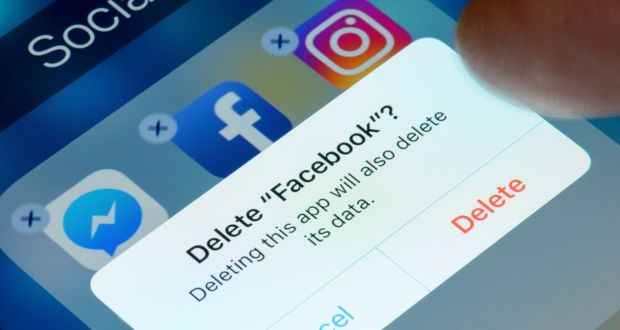 WhatsApp co-founder Brian Acton urged people to ‘delete’ their Facebook accounts now, during an address made to students.

He has now called for people to ‘reject’ Facebook by deleting its family of apps from their smartphones and other devices.

It comes after the world’s largest social network has been beset by a string of privacy scandals.

Mr Acton has been openly critical of Silicon Valley firms like Facebook and Google in the past for their seemingly profit-driven approach at the expense of people’s data.

It is the second time that Mr Acton has made the comment publicly. Last year he posted on Twitter ‘It is time. #delete facebook’ following Facebook’s failings involving a political consultancy firm.

The data of 87 million users was improperly accessed by Cambridge Analytica, linked to the 2016 Trump presidential campaign.

Facebook is also facing a slew of lawsuits and regulatory inquiries over its privacy practices, including ongoing investigations by the U.S. Federal Trade Commission, the Securities and Exchange Commission and two state agencies in New York.

See also  Jordan Peterson: I’d Rather Die Than Delete Truthful Tweet For Cancel Creeps
→ What are your thoughts? ←
Scroll down to leave a comment: