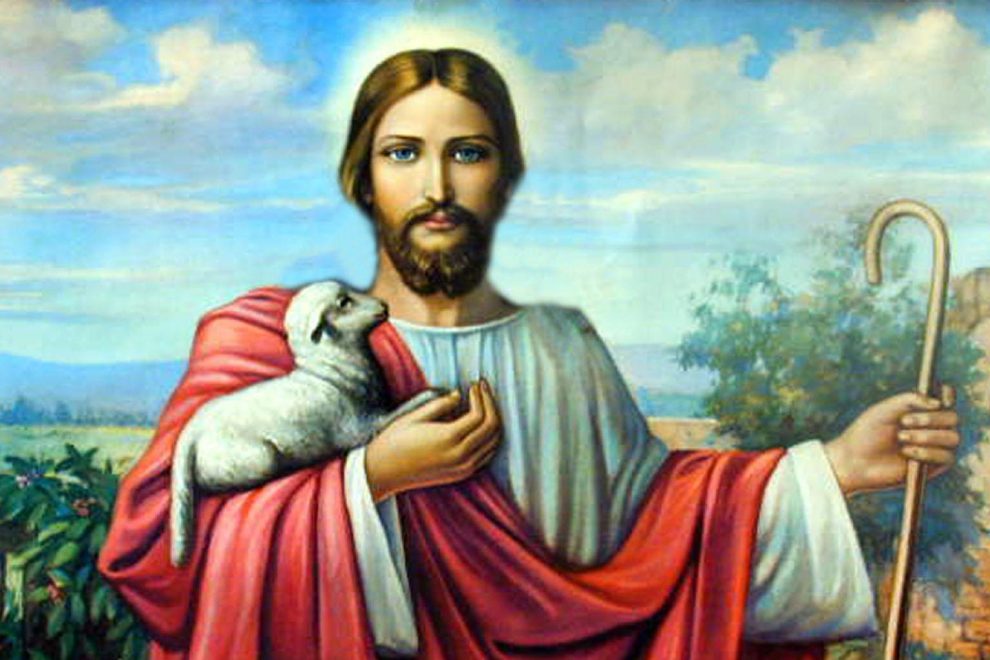 Downplaying 9/11, attacking American soldiers who fought in Somalia, and anti-Semitism are not enough for the representative from Minnesota.  Now she is upping her game by taking on the Messiah.

Rep. Ilhan Omar retweeted “Don’t they (Christians) know Jesus was a Palestinian?”  If Omar actually read the Bible she would learn, very quickly, that Jesus Christ was not a Palestinian but rather a devout Jew.

First, Palestine doesn’t exist today nor, in the words of David Harsanyi, did it exist under the British Mandate, Ottoman rule, or “when the Palestinian were governed by governments in Jordan and Egypt (…when there was virtually no international pressure to create an independent Palestine).  It never existed in Biblical times either.

Yet, even more important is that the Christian Bible teaches that Jesus Christ was Jewish.  Yeshua kept the Sabbath, observed Passover, and taught in the Synagogue.

Omar does not even have to go to the Christian Bible to discover the Jewishness of Christ.  The Hebrew Bible consistently foretells the coming of Jesus Christ as Messiah.  Isaiah 53:5 is but one of the many verses that foretell this as “…he was wounded for our transgressions, he was bruised for our iniquities: the chastisement of our peace was upon him; and with his stripes we are healed.”  It was also foretold that He would be resurrected and born of a virgin.

The Jewish Jesus consistently quoted from the Hebrew Scriptures and used it to not only counterattack but defeat Satan.  In Matthew 4:7 Jesus answered the devil, quoting Deuteronomy 6:16, “It is also written: ‘Do not put the Lord your God to the test.”

In Judaism and in Christianity the Jews remain, through the Abrahamic Covenant, God’s Chosen People; a title that some are uncomfortable with as, if misread, it would imply being better than others though the Jews will be the first to tell you they are not better than anyone.  The Hebrew Bible clearly teaches that being chosen is not better but merely an instrument for the Glory of God.  Moses did not want to serve God and neither did Jonah who, like Jesus, came out of hell to new life after three days.  Yet they and many other reluctant people were chosen.

Jesus is inclusive as all mankind has sinned and falls short of the glory of God.  He died for all people regardless of their race, nationality, color, creed, or class.  The Christian Bible chronicles men of all kinds, Jewish and Gentile, who came to Christ, and were used mightily by God.  The same holds true for women, whose testimony was used in announcing the divinity and resurrection of Jesus despite the discrimination against women in the ancient world.

Further evidence of the veracity of the Scriptures, is that they used the accounts of not only women, but those who were less than stellar.  Jesus is from the line of an adulterer (Bathsheba) and a prostitute (Rahab).Jesus is not whom the world says He is or should be. He is not a military conqueror or a terrorist, yet His salvation spread faster than armies beyond Jerusalem, Judea and Samaria to the ends of the earth.  He never married, yet his love and forgiveness has healed countless marriages and cemented monogamy.  Instead of running from Satan, he confronted and defeated Him on the Cross. Instead of cursing His enemies, He forgave them. He died for all sinners, including me, to give eternal life.

Like Christ, Israel lives despite the greatest of odds.  Pharaoh, Hitler, and Stalin could not destroy her people.  In fact their attempts strengthened the Jewish people in ways that continuously defeated evil, testifying to the world that God continues to have great plans for Israel.

Christians wholeheartedly believe in this special relationship which will render Omar’s attempts at appealing to Christians, through anti-Semitism, to failure.  Furthermore the Christian community has, exponentially since the end of the Shoah and the rebirth of the State of Israel, rediscovered the undeniable lineage from Judaism to Christianity.  Christians have repented, and will continue to repent of, the generational sin of anti-Semitism.  The relationship between Jews and Christians, as of this date, has never been stronger.Omar’s attempts to persuade Christians to desert the Jews are pathetic, as is the entirety of her career. Jesus was not a so-called Palestinian.  In fact, He never “was.”  The Great I Am is alive as are His people.

Daniel Pearl said before he was executed by Islamic terrorists, “My father’s Jewish.”  For Christians, God’s Son, our Savior, is Jewish.Remembering that Bible believing Christians will, to our dying days, never forsake our Jewish brothers and sisters.  We will never desert Israel.  And we will never again forget that Yeshua, our living Savior, is a Jewish carpenter.