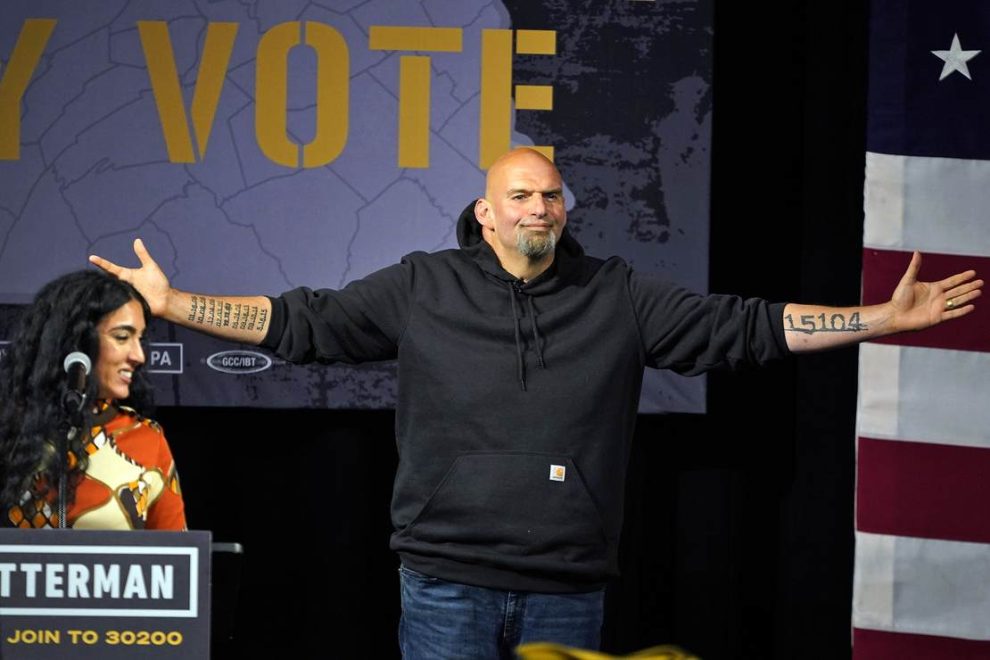 Democrat John Fetterman’s Pennsylvania senate campaign is reeling following his debate performance, which was legitimately surreal to watch. If you missed it, I can’t possibly describe it in words in a way that would impress upon you just how bad it was, so be sure to click here to see for yourself.

Never fear, though. Fetterman’s overly ambitious wife, described as the “de facto” candidate by Rolling Stone, is doing media appearances in an attempt to save the day. On Thursday, she appeared on something called “Politicon” to share deep thoughts on supposed ableism and racism in swimming pools. You know, real down-to-earth stuff that voters are desperately looking for answers on.

Gisele Fetterman on her husband needing closed captioning to understand what people are saying:

"Most people use accommodations on some level whether that's how bright you keep your phone when you're reading… Maybe it's something we need to normalize." pic.twitter.com/hNzeh81Gwm

Notice how the narrative has changed. A few months ago, the narrative the Fetterman campaign spun was that he was recovering and would be fine later during the election cycle. In fact, they would attack anyone who suggested he was in worse shape than was being revealed. Even as video clips of Fetterman at rallies began to paint a bleak picture, the insistence that he was just missing a few words due to “auditory processing” issues was the talking point.

After a disastrous MSNBC interview blew that claim up, Fetterman’s campaign (and his wife) quickly shifted to claiming “ableism” about anyone who would dare point out his dire condition. The debate only cemented that strategy because there was just no way to hide what was going on anymore.

I shouldn’t have to say this, but being unable to mentally process one’s own thoughts and speak them is not the same as needing to brighten up an iPhone. To suggest that is insane, and Gisele Fetterman knows it’s insane. Unfortunately, her blind ambition is so great that she’s willing to push her husband past his limits in order to be near the seat of power.

And to be clear, that’s not just idle speculation. This is a woman who has constantly described herself as the “brains of the operation.” She also has a habit of posting pictures of herself leading rallies or with important people without even a hint of her husband being found. Starting out as an illegal immigrant political activist, her lust for power is obvious, and she wants this so badly that she’s apparently willing to do just about anything to get it. That’s not laudable, it’s sad.

Of course, wanting political power and being good at politics are two different things. That was on display when she decided to hit the topic of racist swimming pools.

Gisele Fetterman on her husband needing closed captioning to understand what people are saying:

"Most people use accommodations on some level whether that's how bright you keep your phone when you're reading… Maybe it's something we need to normalize." pic.twitter.com/hNzeh81Gwm

In a vacuum, you might be able to claim that she’s right because swimming pools were segregated half a century ago during Jim Crow. But the context is what makes her statement so hilarious. Apparently, she was talking about racism in swimming as a way to defend the fact that she and her husband bought a mansion for $1.00.

Let me get this straight. Gisele Fetterman, who is part of a campaign that has lambasted Oz for owning mansions, wants you to believe that her mansion is fine because she only accepted it with the dream of turning it into a bastion of racial equality in swimming. I mean, come on.

This woman thinks you are an idiot. She’s so insulated within her leftwing bubble that she truly believes she can say anything and receive plaudits. And while she might be right in terms of the mainstream media, I’m thinking voters might have a different idea. We’ll find out soon enough.