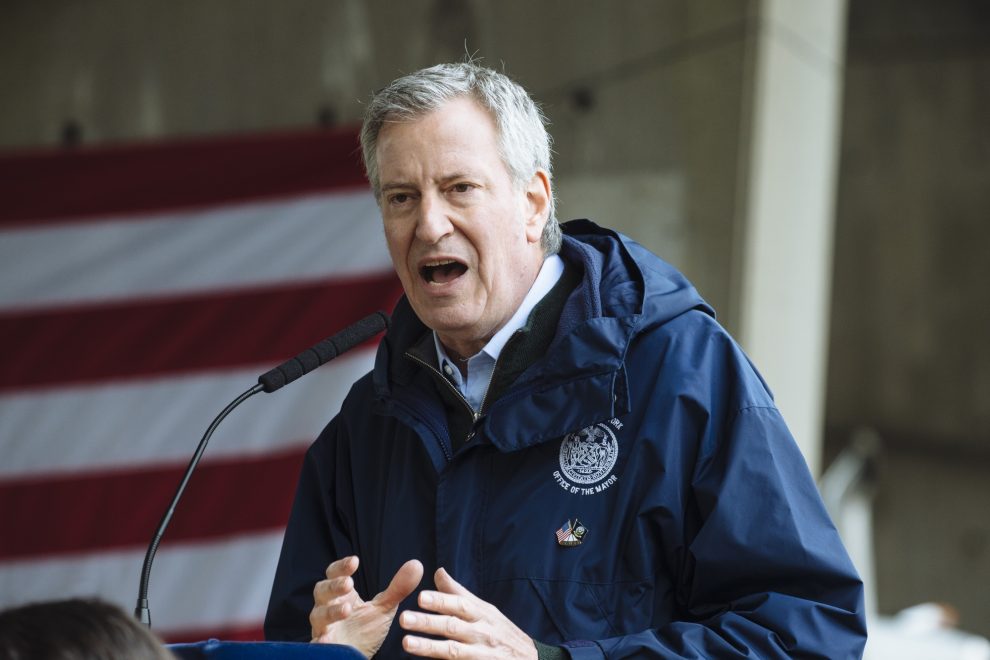 New York City Mayor Bill de Blasio stopped just short of announcing a vaccine mandate on Friday, urging businesses to impose their own mandates on employees. “We have reached the limits of purely voluntary,” de Blasio said on Friday, according to the New York Times. “It’s time for more mandates.”

Only 65 percent of the city has been fully vaccinated, with police and firemen lagging in getting jabbed. De Blasio may soon issue a vaccine mandate for all city employees, which will probably bring the issue to a head.

How will the city enforce a vaccine mandate? Indeed, the same question could be asked nationwide as mayors across the country are seeing a rise in positive coronavirus tests and an increasing number of hospitalizations. Biden press secretary Jen Psaki denies there will be a national mandate.

On Friday, Jen Psaki, the White House press secretary, again rejected the idea of a nationwide mandate to take the vaccine, saying it is not the role of the federal government to impose that choice on people.

“There will be institutions, there will be private sector companies and others who make decisions about how to keep their community safe. That’s certainly appropriate,” Ms. Psaki said.

The National Football League is taking a unique approach to a vaccine mandate.

On Thursday, the National Football League on Thursday sent a memo to all 32 teams saying that players who refuse to receive a Covid-19 vaccine may risk their teams’ forfeiting games if they test positive and cause an outbreak.

I suppose that’s one way to get reluctant players vaccinated, but few other employees would tolerate that sort of pressure coming from management.

Vaccine mandates are doomed to fail because the nonvaccinated have yet to be convinced that it’s a life-and-death situation for them. But, of course, for some it is. And they should mask up and practice social distancing if they can’t or won’t get vaccinated. But the people already have freedom, most already have jobs, and people are out and about and living again.

And they didn’t need a vaccine mandate to do any of that.

The danger in this recent uptick in positive COVID tests isn’t that there will be mass death. It’s that radicals like de Blasio will use the circumstances of increased numbers of COVID cases to reimpose restrictions on people’s lives.