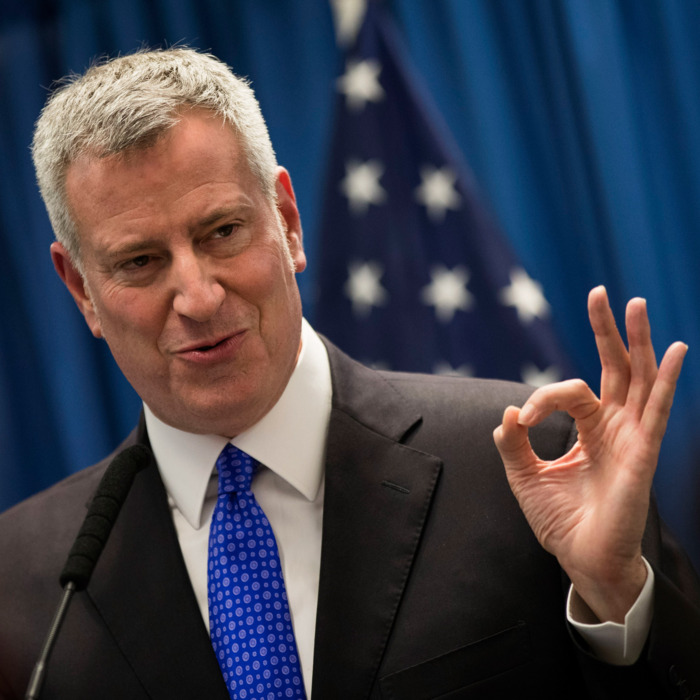 Mayor Bill de Blasio’s ongoing tease of a presidential run didn’t exactly pull in the crowds during a campaign-esque event in the Granite State.

Only 20 people showed up Sunday to hear the leader of America’s largest city hold a roundtable on mental health — including the 14 people on the panel and just six in the audience.

There were also about six reporters on hand to make the room at the Sugar River Valley Regional Technical Center look a bit less empty.

De Blasio — who continued to refuse to commit to a White House run — pulled a well-worn page from his mayoral campaign playbook and put first lady Chirlane McCray center stage on what was his second day touring the crucial primary battleground state.

The day began with de Blasio and McCray touting her under-scrutiny $1 billion mental health initiative, Thrive NYC, to a roundtable of local officials in the town of Claremont, even as Big Apple lawmakers demand answers about its spending and effectiveness back home.

“She’s my partner in everything I do and that is a phrase we say every opening and have said for years,” de Blasio said. “They feel her humanity and they feel her compassion.”

He added: “What Chirlane says and does is very, very powerful.”

It was a return to form for Hizzoner, who put McCray front and center in his victorious but initially long-shot campaign to become New York’s 105th mayor.

The mayor’s small crowd was similar to what some lower-tier candidates who have actually announced have gotten in the early primary state, such as New York Sen. Kirsten Gillibrand. By comparison, however, Sen. Elizabeth Warren, who has been in fourth place among Democrats in New Hampshire primary polls, got 300 people to show up to a recent event.

The City Council will hold hearings next week on the efficacy of McCray’s Thrive NYC, as new figures from the NYPD show the initiative received 23 percent more reports of people in mental distress in 2018 than in 2015, when it launched.

The second public stop for New York’s first couple in Claremont also took a page from the political playbook — showcasing McCray’s biography. Hizzoner and McCray headed to a modest yellow house that her family called home for a century after immigrating from Barbados — and where, for decades, she said, they were the only black family who lived full-time in the tiny New England town.

“We came up here many summers, we’d have family gatherings where we’d come up and visit them,” McCray said, describing her memories of the place where her mother, Katharine, was born, raised and would return to in the summer with a young Chirlane.