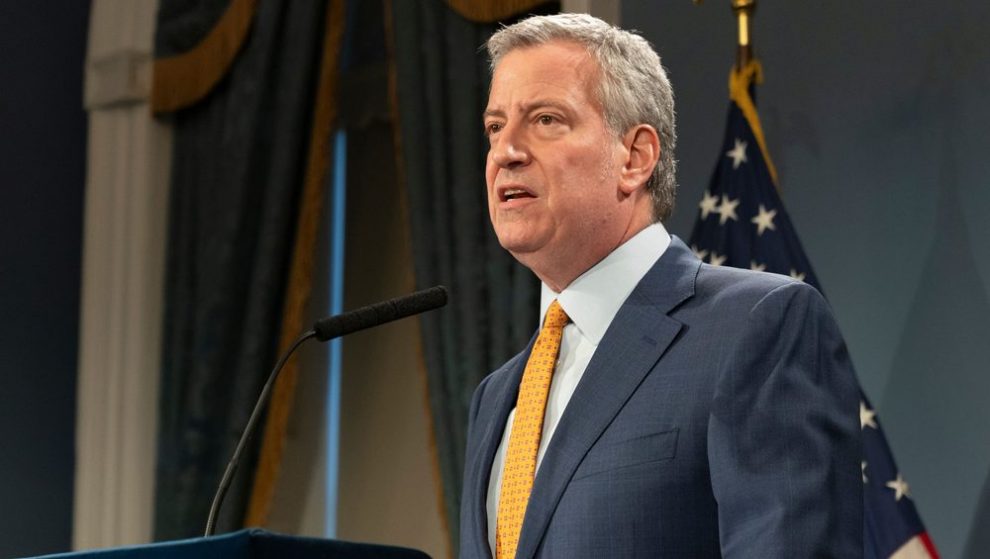 New York City Mayor Bill de Blasio called again Friday for a national enlistment program for doctors and nurses to handle an expected surge in coronavirus cases in New York and other places around the country where virus cases are straining existing health care systems.

De Blasio said he surfaced the issue with President Donald Trump and other members of his administration Thursday.

“I think it’s time for our nation to enlist our medical personnel on a national basis. We don’t have the same kind of draft we used to have, but we’re going to have to create something new right now at this moment in history to enlist all available medical personnel around the country, and I mean civilians. Anyone with medical training anywhere in the country who can be spared by their city, their town, their state to come to the front. And right now, it’s New York City, and we see it starting in some other cities as well,” de Blasio said at his Thursday news conference. “But I guarantee you, all 50 States will have their own battle. The only way we’re going to get through this truly, if we’re going to save every life we can save, it means taking health professionals of every kind with every skill, every training, no matter where they are in their career, and enlisting them in a national service, creating something we just don’t have right now, but we could have, and we need to have.”

“Next week in New York City is going to be very tough — next week in New York City and Detroit and New Orleans and a lot of other places,” de Blasio said Friday on MSNBC’s “Morning Joe.” “And unless the military is fully mobilized and we create something we’ve never had before, which is some kind of national enlistment of medical personnel moved to the most urgent needs in the country constantly, if we don’t have that we’re going to see hospitals simply unable to handle so many people who could be saved.”

De Blasio said on CNN that the country should be on a wartime footing to meet the coronavirus threat. “We’re fighting a war against an invisible enemy that is increasingly taking the lives of Americans in vast numbers,” he said.

We need a national enlistment of medical personnel. Anyone with medical training that can be spared needs to come to the front. Today the front is NYC, but it will be all 50 states.

If we're going to save lives it means enlisting health professionals in national service.

The new virus causes mild or moderate symptoms such as fever and cough for most people. For some, especially older adults and people with chronic health problems, it can cause more severe illness and can be fatal.

Public health officials say more than 1,500 people in New York City have died of COVID-19, the disease caused by the coronavirus. There have been nearly 50,000 confirmed cases and more than 10,000 hospitalizations.