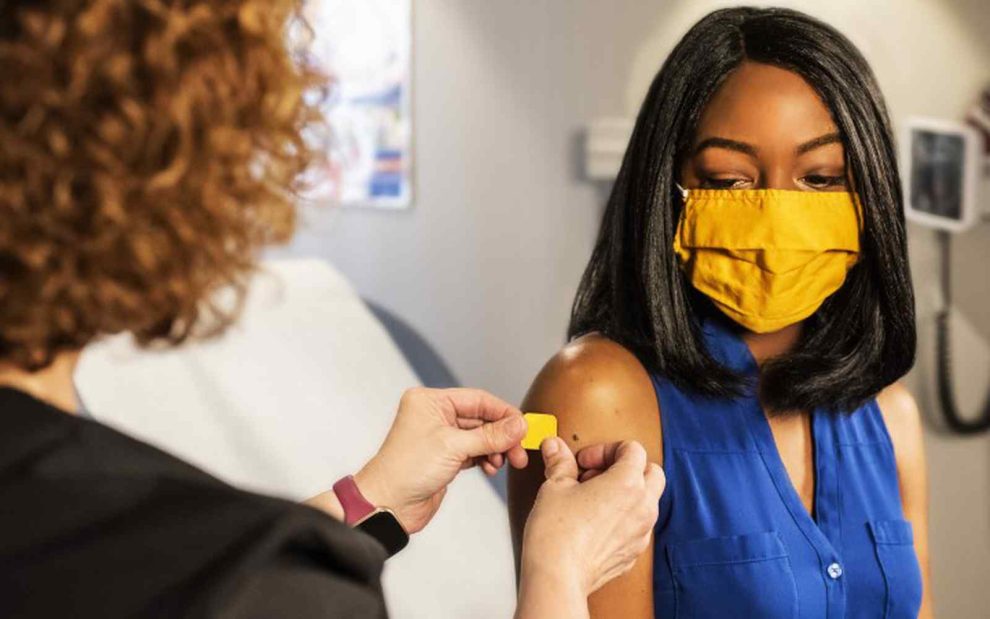 The District of Columbia Public School District is an outlier among US schools by mandating COVID-19 vaccines for school attendance. The policy is a vaccine requirement for students age 12 and up in order to attend school. DCPS has refused to accommodate non-vaccinated students by disallowing them access to remote learning. The students must have proof of vaccination on file within the first 20 days of the school year to continue attendance.

The policy of excluding students even from remote, in-home education has been seen in California where students missing any number of the state-mandated drug products are refused enrollment. California barred students who didn’t have every mandated vaccine from schools, both public and private, beginning in 2015 by first removing the religious exemption, known as the personal belief exemption. During the 2015 session, proponents of the bill specifically testified that a doctor’s professional judgment would remain. Oops, they lied. In 2019, the legislature continued student removals by restricting medical exemptions, narrowing criteria only to contraindications. The criteria is so strict it interferes with the ability of physicians to practice professional judgment over the best interests of their patients.

California also targets doctors with medical board investigations that automate if they write more than five medically-indicated vaccine waivers. But, they do offer a board of bureaucrats to go argue your child’s medical interests with, if interested.

The reality of the DC district refusing any type of education to the children who don’t receive the CV-19 vaccine is all the white students of applicable age in the district are reported to have received it, meaning the mandate only targets black students and children of other minority racial groups. Wtop news reports the statistics:

But, not even the government can agree to the government’s data. Last week, DC Mayor Muriel Bowser argued that the city’s own COVID data is incorrect suggesting the number of children who are not vaccine recipients is “significantly lower” than the official numbers reported. No new, “significantly” different numbers have been offered at this time. Who’s gonna tell the Mayor that she is responsible for the city’s data?

Interestingly, in the CDC’s current Operational Guidance for K-12 Schools and Early Care and Education Programs to Support Safe In-Person Learning concerns about demographic disparities are reflected. The guidance says nothing about banning children from receiving an education and even suggests promoting “equity in learning” by “providing supportive environments for in-person learning.” I have viewed the CDC’s guidance and it doesn’t say to refuse accommodations to access education, or target black children with coercive policies, anywhere.

Schools and ECE programs play critical roles in promoting equity in learning and health, particularly for groups disproportionately affected by COVID-19. People living in rural areas, people with disabilities, immigrants, and people who identify as American Indian/Alaska Native, Black or African American, and Hispanic or Latino have been disproportionately affected by COVID-19. These disparities have also emerged among children. School and ECE administrators and public health officials can promote equity in learning and health by demonstrating to families, teachers, and staff that comprehensive prevention strategies are in place to keep students, staff, families, and school communities safe and provide supportive environments for in-person learning. Reasonable modifications or accommodations, when necessary, must be provided to ensure equal access to in-person learning for students with disabilities.

The CDC reported in April that 75 percent of children and teens had already contracted CV-19 by February of this year. Most of the students have already come into contact with the virus and likely have antibodies or natural immunity to the respiratory illness.

The achievement gap is shocking. A study published in 2020 shows that most students fell behind during the pandemic shutdowns, but black children fared worse. Black and Hispanic students were more likely to be in remote learning programs, with a twenty-point difference recorded between black and white students. Black and Hispanic students were also twice as likely to have no access to live teachers through calls, video, or in person. The results hypothesized that learning loss could be five to nine months of learning by the end of June 2021. Black students were estimated to land six to twelve months behind, compared with four to eight months for white students.

Taking this population of students out of school is a huge disservice to them because they have already been significantly impacted by pandemic-era policies. But, the school district’s plan is not to lose students and the funding that comes with them, now is it? It’s to force black people out of having a choice over their medical care. And, someone makes a profit on that, too.

DCPS remains out of step with the rest of the nation, and it’s quite an indictment that the NAACP has to fight for black students within a majority-black school district. While President Joe Biden announced billions of dollars in student loan cancelation on Wednesday; his remarks included casual racism. In the same city, the government holds a free and equal public education hostage. The “woke” politics of the DC area couldn’t be more vapid or hypocritical.