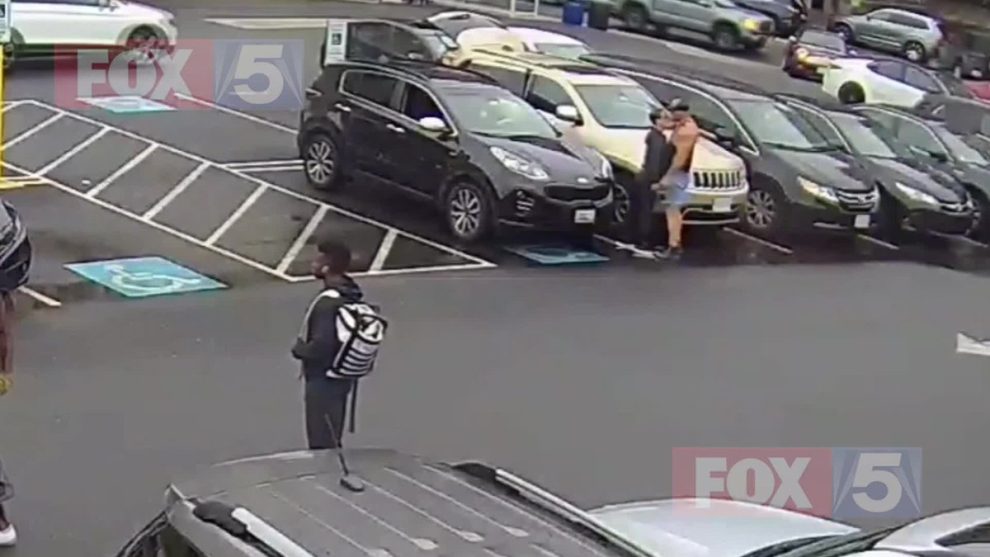 DC Deputy Mayor Chris Geldart was charged with assault and battery after getting into a fight in the parking lot of Gold’s Gym in Arlington on Saturday.

According to Fox 5 DC, Geldart grabbed a personal trainer’s neck in the parking lot after an altercation.

The victim, Dustin Woodward, said Geldart has been causing problems at Gold’s Gym for a while and not just that one location in Arlington.

According to DC Mayor Muriel Bowser, Geldart is “on leave” while the matter is under review.

Chris Geldart, the DC Deputy Mayor for Public Safety and Justice has been charged with assault and battery after a parking lot altercation at a Gold’s Gym in Arlington.

Dustin Woodward, a trainer at Gold’s Gym says DC’s Deputy Mayor Chris Geldart grabbed him by the neck in the gym’s parking lot.

Dustin got permission to use surveillance video and is exclusively sharing it with FOX 5.

Dustin told FOX 5’s Sierra Fox that it could have ended a lot worse.

“It’s … little frustrations, right? Because he’s way too big to be trying to be a bully especially with his position. Something should be done. It’s not okay. We’ve been dealing with him a while at Gold’s. Multiple locations actually that’s how we even figured out who he was so something needs to be done because you can’t just abuse your power like that. That’s pretty frustrating on my end.”

“In the video, DC’s deputy mayor is on the right (in tank top & shorts), Dustin on the left (in long-sleeve and workout pants) – and according to Arlington Police, an argument stemmed from Chris allegedly opening up his car door and hitting the parked car of Dustin’s girlfriend. The dispute escalated to the point where Dustin says Chris was cursing and screaming, which caused him to turn around and tell Dustin to “shut up.” This is when Chris got in Dustin’s face in a confrontational style. Later in the video, the two men are chest-to-chest and Dustin says Chris put his hands on his throat before he was able to push him away.” Fox 5 DC reported.