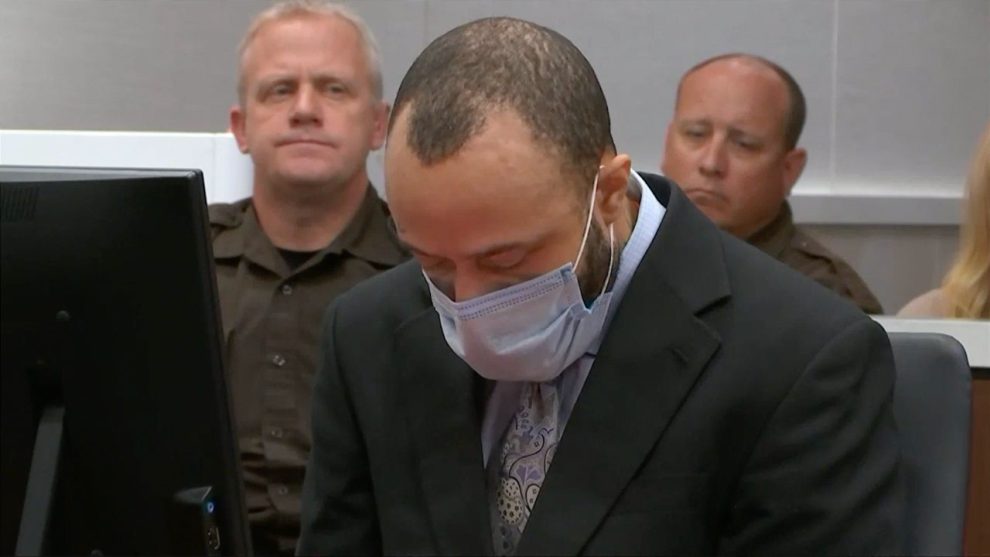 Darrell Brooks — the man accused of driving his SUV through a Christmas parade in Waukesha, Wisconsin, last year — has been convicted on all six counts of first-degree intentional homicide, after a tumultuous trial where the aspiring rap artist represented himself and made a mockery of the proceedings.

A person in the gallery was removed from court after yelling “burn in hell you piece of sh*t” as #DarrellBrooks’ guilty verdict was read. pic.twitter.com/LinCR5wmam

A jury found Brooks guilty Wednesday morning of all 76 charges against him — including reckless endangering safety, hit-and-run involving death, bond jumping, and battery — with each count of homicide carrying a mandatory life sentence in prison. Just days before the parade massacre, Brooks had been released from prison on a mere $1,000 bail thanks to lenient Milwaukee County DA policies.

Brooks declared himself a “sovereign citizen” during the trial, refused to recognize his legal name as his own, and regularly fought with Judge Jennifer Dorow. In the final week of the trial, he piled up boxes of files to hide his face from the court’s cameras.

Twitter
See also  Biden Pushes To Ban ‘Semi-Automatic’ Firearms: ‘No Social Redeeming Value’
→ What are your thoughts? ←
Scroll down to leave a comment: