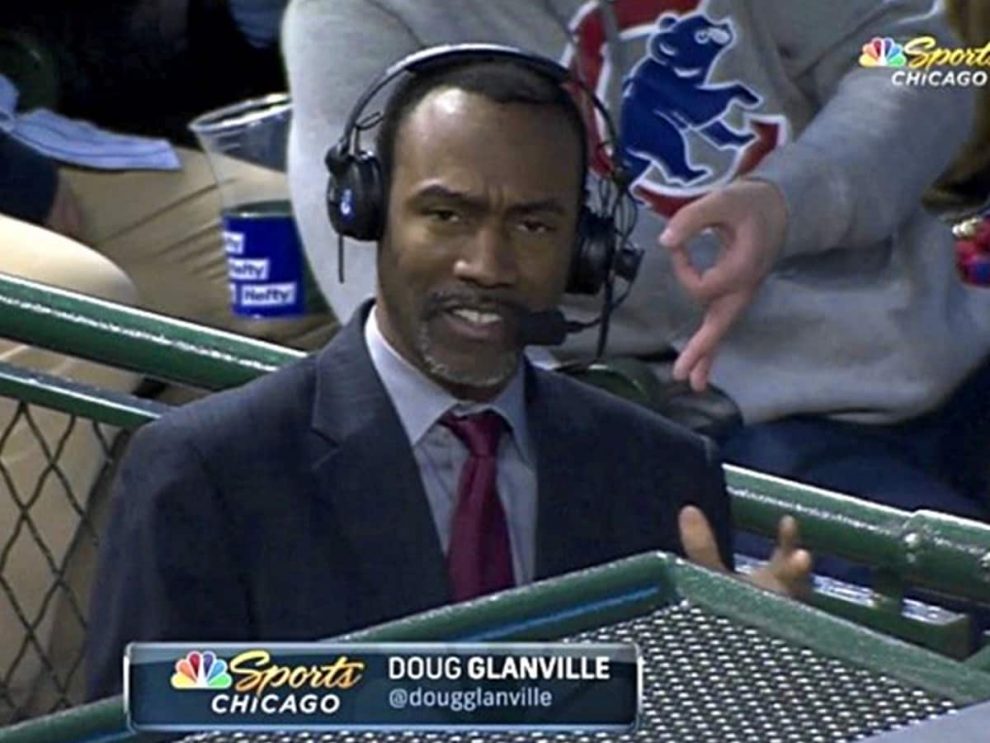 The Cubs said they are investigating an incident in which a fan sitting behind NBC Sports Chicago reporter Doug Glanville “more likely than not” used a racist gesture on air Tuesday night.

The fan used the gesture while Glanville, who is black, was making an on-air report during the Cubs’ 5-2 win over the Marlins. It’s been associated with white nationalists and right-wing trolls in recent years.

Team president of business operations Crane Kenney, who sent a press release hours after the game stating the team was looking into the incident, said Wednesday afternoon during an appearance on 670 The Score that an investigation has almost been completed.

“We reached the conclusion that it’s more likely than not that this person was using that hand signal as a racist way of interfering with everyone’s enjoyment of the game,” Kenney said. “That investigation has almost reached its conclusion. We’ll have more to say about that in a little bit.”

During a third-inning report, Glanville, who was standing beside the Cubs’ dugout, was talking to play-by-play announcer Len Kasper when a fan in the background started making several gestures. The bearded fan, who was wearing a grey Cubs sweatshirt and blue pants, held an upside-down “OK” sign, which has been appropriated by white supremacists, next to Glanville’s head before the broadcast cut to a graphic.

Am I seeing things or is this jack wagon behind Glanville flashing the white supremacy sign? @SarahSpain @BleacherNation pic.twitter.com/6p7d79vIVR

While the gesture has also been used as part of the “circle game,” in which someone tries to trick a friend into looking at them making a similar hand gesture, Kenney said on 670 The Score that team officials met and decided it was more likely than not that the gesture was used in a “racist way.”

The Cubs released this statement roughly three hours after the game ended:

“An individual seated behind Mr. Glanville used what appears to be an offensive hand gesture that is associated with racism. Such ignorant and repulsive behavior is not tolerated at Wrigley Field. We are reviewing the incident thoroughly because no one should be subjected to this type of offensive behavior.

“Any derogatory conduct should be reported immediately to our ballpark staff. Any individual behaving in this manner will not only be removed from the ballpark, but will be permanently banned from Wrigley Field.”

“We are disappointed by the incident that took place on our air last evening, one that was at the expense of our colleague Doug Glanville,” Cross said in a statement. “We find the behavior of this fan reprehensible and clearly does not represent the great Cubs fans of our city and those around the country. We stand by our partners at the Cubs and will support their efforts regarding the investigation of this incident.”

Glanville, who said he became aware of what happened after the broadcast segment occurred, offered his appreciation for the Cubs’ and NBC Sports Chicago’s handling of the incident. “They have displayed sensitivity as to how the implications of this would affect me as a person of color,” Glanville said in a statement.

The former big league outfielder also said he would comment further upon the completion of the Cubs’ ongoing investigation.