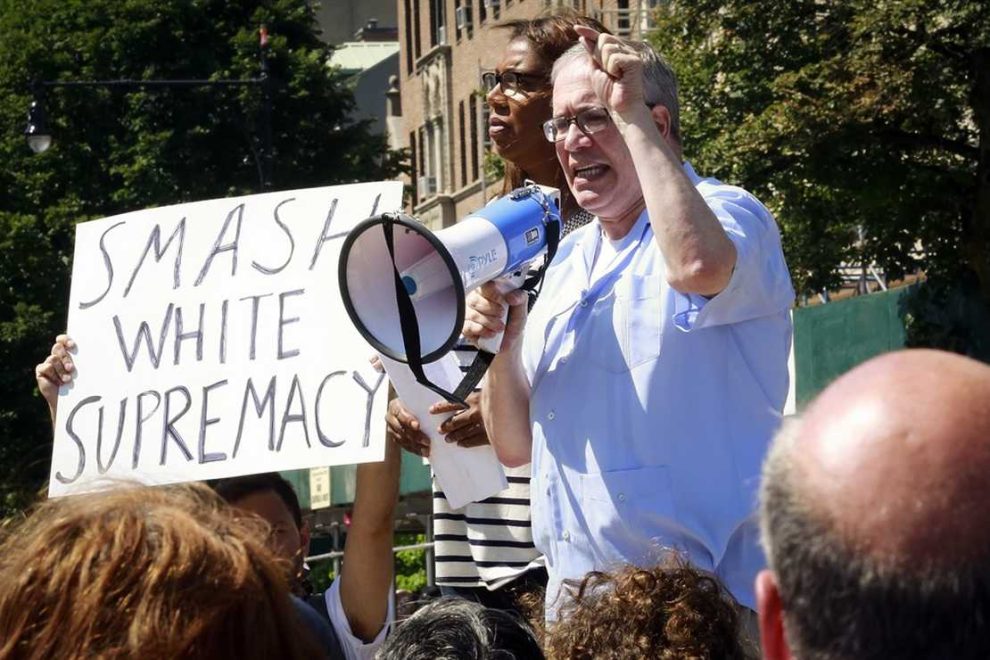 Does diversity of thought equal white supremacy? It appears so, according to a college professor.

As reported by Campus Reform, academics gathered recently for a Critical Race Theory conference. Organized by Critical Race Studies in Education Association (CRSEA) and hosted by Indiana University-Purdue University Indianapolis, the symposium took place between May 31st and June 2nd.

[W]e are committed to (1) countering and combating systemic and structural racism with scholarship and praxis, (2) recognizing the multiple locations of oppression and the myriad manifestations and effects of their intersections and (3) co-constructing liberating knowledge that facilitates collective agency to transform schools and communities.

Amid the meet-up, instructors waxed on that most pernicious of all contemporary blights, whiteness.

According to a witness, per Campus Reform, a California college teacher whacked away:

“Whiteness has already been constructed against blackness. There is no virtue in whiteness, it is inherently violent,” one conference-goer tweeted, referencing a quote from Michael Dumas, a professor at the University of California, Berkeley who spoke at the event.

“Whiteness and the United States knows itself through the violence and death of the subordinated,” another attendee quoted Dumas as saying, with one academic at the conference noting Dumas claimed that there “is no position of whiteness that isn’t already violent.”

CR quotes from tweets by the professor along those lines, but they appear to have been deleted or marked private.

Dumas, notably, has expressed similar views in the past, tweeting that “whiteness” is “violent and delusional, delighting in Black death in every historical moment,” claiming at the recent conference that “there will never be anything close to justice in the U.S. because the system is built upon violence.”

The outlet relays another characterization by Indiana University-Purdue Professor James Scheurich, who purportedly asserted that “research” is a “colonial, white supremacist, elite process.”

Professor Theodorea Berry suggested that “some people need to be slapped into wokeness.”

“The proverbial ‘slap’ is the incident of marginalization,” she [explained to Campus Reform]. “The ‘wokeness’ is the realization that regardless of your privilege, marginalization can occur.”

One attendee, a Ph.D. candidate at the University of Chicago, concluded her time at the conference by noting that she’s “happy” since she managed to collect “a few white tears.”

Perhaps the most notable claim from the conference came courtesy of University of Illinois at Chicago Professor David Stovall. He allegedly lambasted “diversity of opinion” as “white supremacist bull—-.”

He also reportedly announced, “White tears are an act of physical and political violence.”

It appears wokeness is the Windex working on whiteness, but can the pale poison be removed?

Schools are sure giving it a go:

White College Professor Fights the Lie — and ‘Disease’ — of Whiteness

MSNBC's Chuck Todd: "Look at the way the right try to weaponize the idea that DHS was going to … attempt to monitor hateful rhetoric … this is always what the right does to appease the white supremacist movement — by saying, 'hey, free speech.'" pic.twitter.com/FAAYnSloRn

If “free speech” is merely code for “white supremacy” — or, back to the conference, if diversity of thought amounts to racism — the world is upside down, indeed.

And if none of that’s correct, then given all of the above…America’s still got some substantial problems to solve.

And it doesn’t look as if we’ll soon be solving them together.