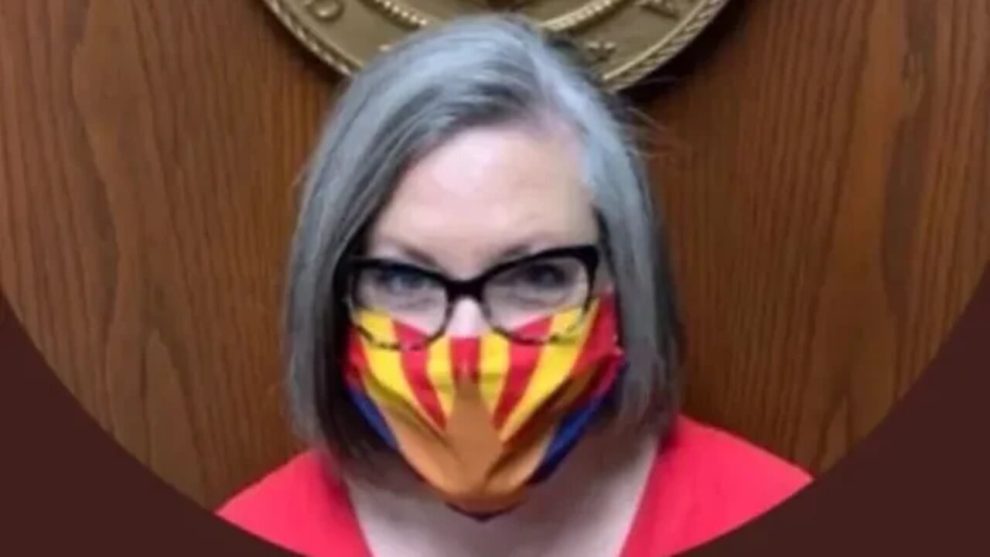 Why would she when she ran the election, oversaw 30% of election day precinct machines breaking down, had the media in her pocket, and was working with social media platforms to silence her critics!

This is likely criminal activity – especially if she silenced her critics during her gubernatorial run which is likely!

And soon we will hear about how over 70,000 fraudulent ballots were sent out before election day!

Unreal! Katie Hobbs’s office contacts Twitter to have posts removed! So, the democrat candidate, who ran the AZ election, censored her political opponents, disrupted Election Day votes, and then threatened counties with prosecution if they didn’t declare her the winner. pic.twitter.com/TWIgHHPqkd

So when is an election too fraudulent to certify?

When will the people say “ENOUGH!”

And why do we put up with a party that continues to side with the lawless communist left?

Here is more from Behizy.

This inforamtion comes from the Missouri vs. Biden case.

This information of course comes from the Missouri v Biden case I've been covering extensively. This lawsuit has uncovered so many links between big tech and the government, you would think they were virtually marriedhttps://t.co/vH8LigmnO1

Is this criminal activity? It should be.

The SOS of AZ and Gov candidate, Katie Hobbs, used the power of the AZ SOS to collude w/ Twitter to unconstitutionally violate 1st Amendment rights of Americans for her own political gain.
This is communism and Hobbs can not be governor.
I’m calling for a Federal investigation. https://t.co/NvYpbVDuZZ