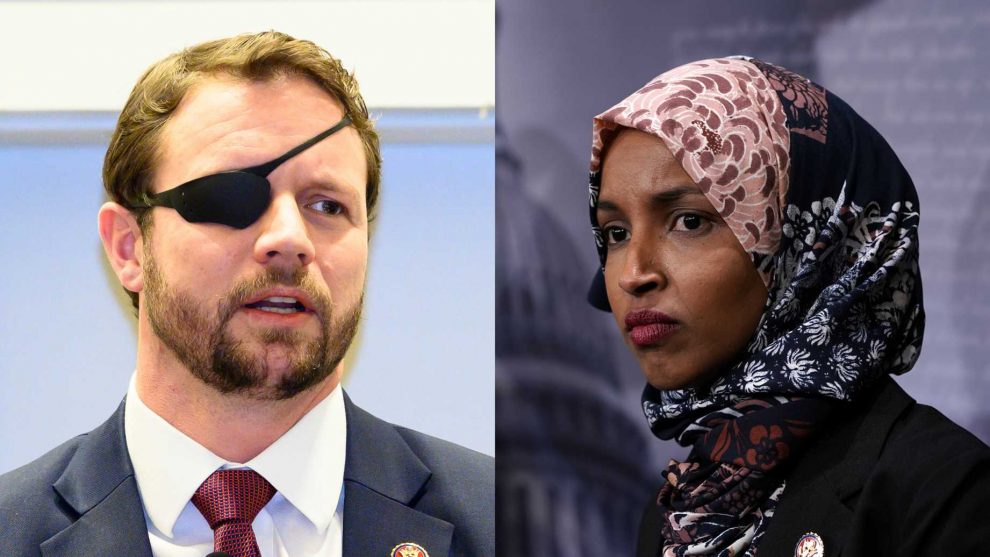 Rep. Dan Crenshaw condemned threats directed at Rep. Ilhan Omar, but said the Minnesota Democrat has no one to blame but herself for fueling the controversies.

“It is not anybody else’s words that cause these things. It is her words,” Crenshaw, R-Texas, told CBS News. “And you can’t lay that blame on anybody else.”

Omar received death threats after she gave a speech earlier this year to the Council on American-Islamic Relations. In her remarks, Omar referred to the Sept. 11 terror attacks as “some people did something.”

“Far too long we have lived with the discomfort of being a second-class citizen, and frankly, I’m tired of it, and every single Muslim in this country should be tired of it,” Omar, a Muslim, said. “CAIR was founded after 9/11 because they recognized that some people did something and that all of us were starting to lose access to our civil liberties.”

Her critics accused her of downplaying 9/11, and President Trump shared a video juxtaposing the “some people did something” quote with the World Trade Center and Pentagon burning.

“All that I said is that it’s unbelievable that someone would refer to it that way,” Crenshaw added. “And I stand by that wholeheartedly.”

Crenshaw said anyone who threatens a congress member is a “horrible human being,” but “unfortunately it’s part of the nature of this job.”