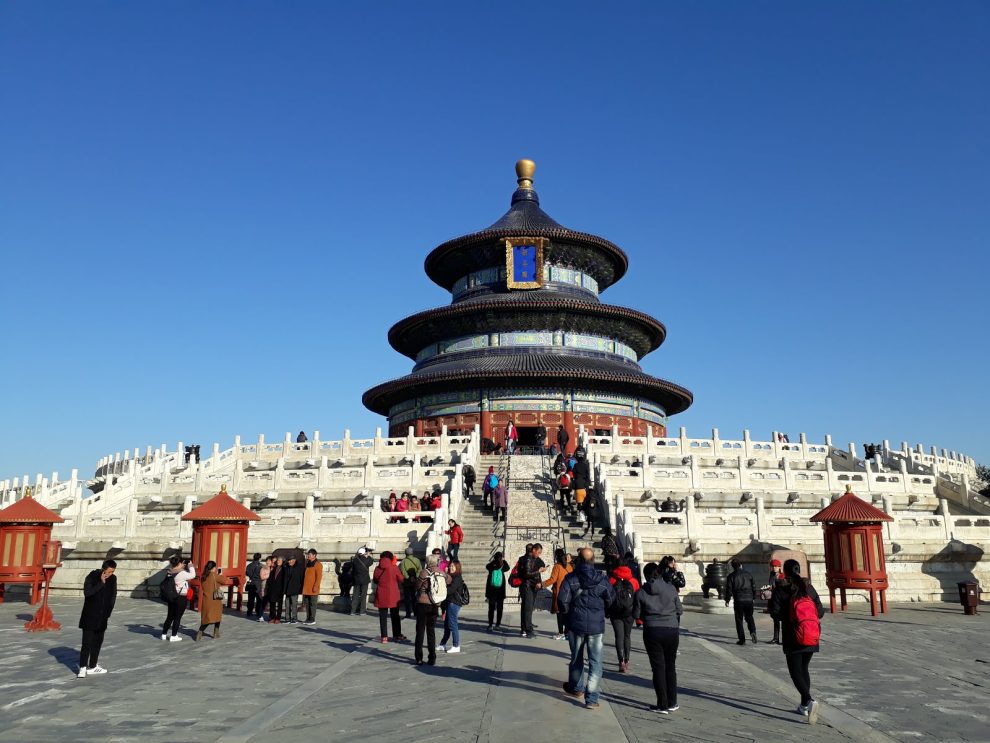 The crematory has to “maintain cremation equipment” and accepts a maximum of 20 bodies daily from people who don’t have district residence certificates and have died in hospitals outside of the district, a notice posted by the crematory says.

The Civil Affairs Bureau of Tongzhou District told Beijing Youth Daily on Dec. 22 that the district crematory has been overwhelmed due to an increase of bodies to be cremated.

“In the past, the daily workload [of the Tongzhou Crematory] was about 40 corpses. Now employees have to work overtime to cremate 140 to 150 bodies every day,” the state-run media wrote, adding that the crematory is short of staffers as some of its employees have been infected by COVID.

Waiting Time 7 Days
Overseas media have also reported on the overloaded operation of the crematory.

“We are very busy every day; we have never been so busy before,” Mr. Lin, a staffer working at Beijing’s Babaoshao Crematorium, told The Epoch Times on Dec. 14.

When speaking with the Chinese language edition of The Epoch Times in an earlier interview, Ms. Liu, an employee working at Tongzhou Crematory, said that the cremation waiting time was seven days and that the farewell ceremony had been canceled.

Reuters reported Wednesday “a steady queue of around 40 hearses” waiting for cremation and “a full parking lot” at Tongzhou Crematory.

Other funeral homes and crematoriums in Beijing have reportedly been extremely busy since mid-December, with a cremation waiting time of five days to 11 days.

Contrary to the overwhelming crematories in Beijing, China’s National Health Commission announced a total of 550 COVID cases in Beijing on Dec. 22. It reported no death for the day.

In less-densely populated China’s northeastern Liaoning Province, cremating waiting time is reportedly at least two days in its provincial capital Shenyang. Residents have to seek workarounds such as cremating their loved ones in more remote county funeral homes and paying higher fees for the cremation and funeral services.

The contradictory numbers trigger doubts about an earlier time of the outbreak of the new wave of the pandemic and a more severe situation.

Radio Free Asia (RFA) reported on Dec. 19 that there were large-scale infections in the medical system in Beijing, citing a high-level official in Beijing’s political and legal system. The Chinese official said that Beijing covered up the serious epidemic due to the maintenance of stability during the Chinese Communist Party’s 20th national congress, which was convened in October in the capital.

The WHO’s emergencies director Mike Ryan said at a press briefing in Geneva on Dec. 14 that the virus was spreading “intensively” in China long before the lifting of zero-COVID measures, reported Reuters.

See also  Ghislaine Maxwell Says Epstein Was Murdered in Prison, Also Refuses to Apologize to Her Victims
Share this article: