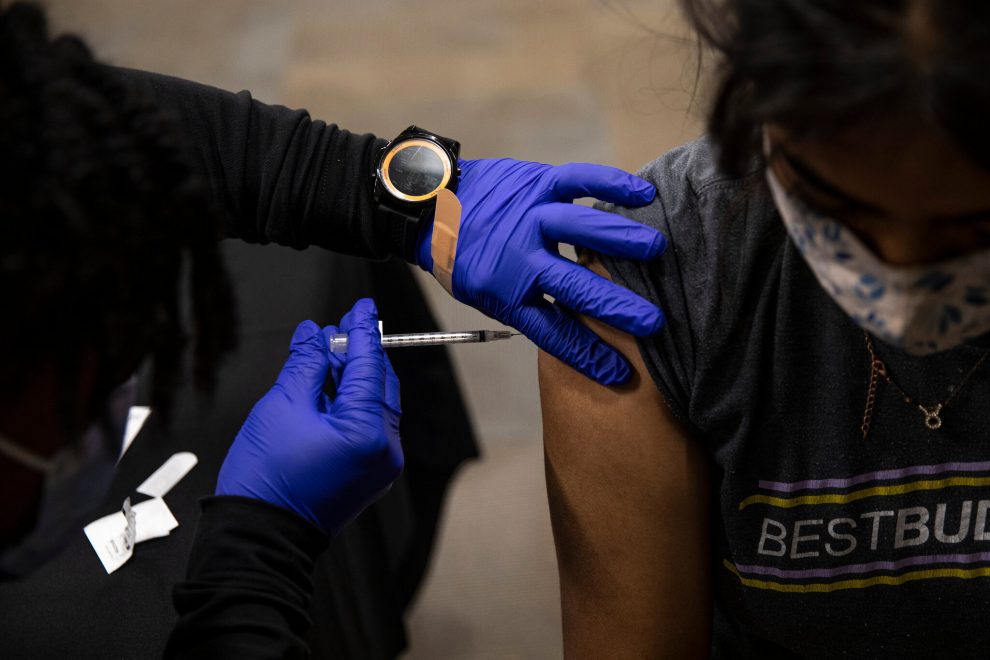 After widespread concern that Covid-19 vaccines have been messing up menstrual cycles, a new study has found that periods are slightly and temporarily delayed by the inoculations.

Women who had been vaccinated, on average, experienced just under a day’s increase to their usual menstrual pattern, according to U.S.-government funded research published in the Obstetrics & Gynecology medical journal. The study comes at a time when some women have complained about off-set cycles, along with heavier and sometimes painful bleeding. It found that those who had both vaccine doses during the same cycle saw delays to their period become more pronounced at two days later than normal.

“These variances appear to resolve quickly, possibly as soon as the next cycle after vaccination,” lead author Alison Edelman, a professor of obstetrics and gynecology at the Oregon Health and Science University in Portland, said in a statement. “Our findings are reassuring. On a population level, the changes we are finding indicate no cause for concern for long-term physical or reproductive health.”

The study’s publication may help douse some anti-vaccine anxiety surrounding erratic periods that has long been circulating on social media. It’s still unclear why Covid vaccinations affect those cycles, which widely vary for many individuals over their lifetime, but largely last around 28 days for most.

Between October 2020 and September 2021, the researchers looked at anonymized fertility app data from just under 4,000 vaccinated and unvaccinated 18 to 45-year-old U.S. resident women.

Among the 2,403 who were vaccinated with American approved shots, the researchers studied data collected from three consecutive cycles before and 3 consecutive after they were given their shots. Six back-to-back menstrual cycles were analysed among the remaining unvaccinated cohort.

While about 10% of the inoculated women experienced fairly large and clinically notable changes in menstrual length by 8 days or more, the researchers said that their periods went back to normal within two post-vaccine cycles. There were no changes to either groups’ menses length and the study’s authors said their findings can’t be explained by pandemic-induced stress because the unvaccinated group didn’t see any changes over a similar time.

However, questions remain over the effect of vaccines on other menstrual symptoms, such as bleeding, and the researchers said the study faced a number of limitations, such as the selection of women not using hormonal contraception.

Another was that they chose individuals with consistent normal period lengths. They were more likely to be white, college educated, with lower body mass than the average U.S. citizen and therefore not nationally representative.