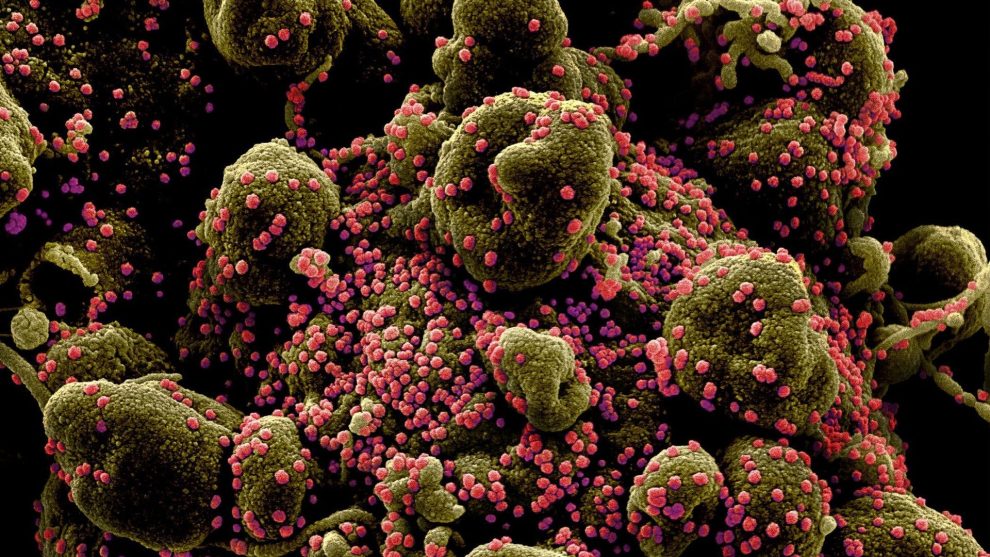 A new interim report released by the Senate Committee on Health, Education, Labor and Pensions has revealed that the origins of Covid-19 more likely than not came from a “research-related incident,” rather than “natural zoonotic spillover.”

“While precedent of previous outbreaks of human infections from contact with animals favors the hypothesis that a natural zoonotic spillover is responsible for the origin of SARS-CoV-2, the emergence of SARS-CoV-2 that resulted in the COVID-19 pandemic was most likely the result of a research-related incident,” the report states, though it concedes that “This conclusion is not intended to be dispositive.”

The report notes that establishing a clear picture of the virus’ origins has been made difficult by China’s prohibition on sharing information regarding the virus without state review and approval, and their lack of transparency and collaboration.

While zoonotic spillovers, the report states, or the transmission of animal diseases to humans, is well documented and the source of all previous coronaviruses, “there are a number of anomalies in the SARS-CoV-2 outbreak and the early COVID-19 pandemic compared to the emergence of past natural zoonotic spillovers, most notably the 2002-2004 SARS epidemic.”

The report says that while SARS-CoV-2 likely originated from a bat virus, it is “unclear” how this virus traveled from caves in Southeast Asia to Wuhan.

“Almost three years after the Covid-19 pandemic began there is still no evidence of an animal infected with SARS-CoV-2, or a closely related virus, before the first publicly reported human COVID-19 cases in Wuhan in December 2019.”

The report states that the most likely scenario “for a zoonotic origin of the COVID-19 pandemic is that SARS-CoV-2 crossed over the species barrier from an intermediate host to humans.”

However, available evidence also points to a direct bat-to-human spillover.

“Both scenarios remain plausible and, in the absence of additional information, should be considered equally valid hypotheses. However, nearly three years after the COVID-19 pandemic began, critical evidence that would prove that the emergence of SARS-CoV-2 and resulting COVID-19 pandemic was caused by a natural zoonotic spillover is missing,” the report states.

The reports gives reasons for why the natural zoonotic hypothesis is unlikely to explain the virus’ origins, including: the potential intermediate host species remains unidentified is one was involved, the genomes of early Covid-19 cases “do not show genetic evidence of SARS-CoV-2 having circulated in another animal species other than humans,” and that “SARS-CoV-2’s high binding affinity for human ACE2 receptors suggests that it is possible for it to directly infect humans without needing a period of adaptation in an intermediate host.”

“Based on the available evidence,” the report continues, “Wuhan is the only location where SARS-CoV-2 spilled over into humans,” and “The low genetic diversity of the earliest SARS-CoV-2 samples suggests that the COVID-19 pandemic is most likely the result of a single successful spillover of SARS-CoV-2.”

The report noted that the Wuhan Institute of Virology and been conducting research on coronaviruses and gathering samples from bats in Southern China and Southeast Asia since the end of the SARS epidemic in 2004, and that they collected samples from an area where SARS-related coronaviruses most closely resembled Covid-19.

“Senior coronavirus researcher Shi Zhengli disclosed that in 2018-2020, her team infected civets and humanized mice that expressed human ACE2 receptors with chimeric SARS-related coronaviruses. The results of these experiments have never been published,” the report states.

“The EcoHealth Alliance NIH grants and DARPA grant proposals, in partnership with the WIV, sought to collect and conduct genetic recombination experiments on SARS-related coronaviruses with specific traits that made those viruses a ‘high-risk’ for zoonotic spillover into animals and humans. SARS-CoV-2 shares many of the traits these researchers were interested in finding in SARS-related coronaviruses or interested in engineering such traits if they were not found naturally,” they added.

The report also points to numerous patents and procurements by the institute in 2019 and 2020, which “suggest that the WIV experienced persistent biosafety problems relevant to the containment of an aerosolized respiratory virus like SARS-CoV-2.”

These include an auxiliary exhaust patent in April 2019, an environmental air disinfection system procurement in August 2019, a biocontainment transfer cabinet HEPA filter failure patent in December of 2019, and a disinfection formulation patent in November 2020.

“Academic articles, reports, and meetings from the WIV also suggest that the WIV experienced persistent biosafety problems relevant to the containment of an aerosolized respiratory virus like SARS-CoV-2,” the report states.

“Based on the analysis of the publicly available information, it appears reasonable to conclude that the COVID-19 pandemic was, more likely than not, the result of a research-related incident. New information, made publicly available and independently verifiable, could change this assessment. However, the hypothesis of a natural zoonotic origin no longer deserves the benefit of the doubt, or the presumption of accuracy,” the report concluded.