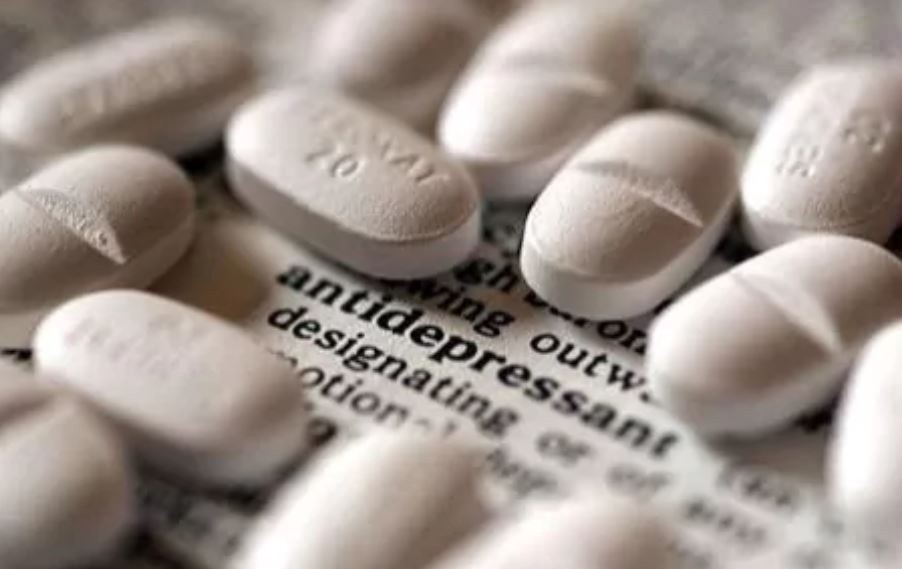 Mass shootings in the United States have increased dramatically over the last few decades. Those trying to explain the phenomenon have blamed gun laws, social media, white nationalism, extremist politics, pandemic policies—the list goes on. But what if there’s another factor at work here?

Guess what else has soared in the last few decades? The use of anti-depression medication, especially SSRIs. It was in 1987 that the first selective serotonin reuptake inhibitor, commonly known as an SSRI, was developed and it quickly became the standard. You’ve probably heard its name–Prozac. Other SSRIs were soon produced, and SSRIs are now the most prescribed antidepressant in the US.

The drugs are fairly effective—depending on who you ask—at treating depression, and many users report remarkable improvements in their mental health. I know quite a few people who take them and they describe the lifting of the dark cloud of depression and despair that had been dominating their lives.

But there’s another side to these drugs, one that must be taken into account. Read the potential side effects that the FDA requires to be printed on the label of every antidepressant:

Anxiety, agitation, panic attacks, insomnia, irritability, hostility, aggressiveness, impulsivity, akathisia, hypomania, and mania have been reported in adult and pediatric patients being treated with antidepressants for major depressive disorder as well as for indications, both psychiatric and nonpsychiatric.

We all know that every FDA warning label will scare the pants off if you read it closely, but this one seems especially concerning. The National Institutes of Health way back in 2006 studied the SSRI-violence link in judicial outcomes, and came to this conclusion:

Both clinical trial and pharmacovigilance data point to possible links between these drugs and violent behaviours. The legal cases outlined returned a variety of verdicts that may in part have stemmed from different judicial processes. Many jurisdictions appear not to have considered the possibility that a prescription drug may induce violence.

A more recent Swedish report from 2020 made a similar conclusion:

This work shows that SSRI treatment appears to be associated with an increased risk for violent criminality in adults as well as adolescents, though the risk appears restricted to a small group of individuals… Previous work has found an association between SSRI use and violence in young individuals, but not in adults. Ours is a much bigger study which allows us to confirm that there is an association in adults as well.

Perhaps the most serious effect could be the “emotional blunting” (or detachment) that has been linked to SSRI use. Some people who have taken the drugs report “not feeling” or “not caring” about anything. Not feeling and not caring could explain how these mass shooters have the capacity to engage in horrific, evil conduct that most of us can’t even fathom.

Suicide bombers, like Manchester terrorist Salman Abedi, are said to be pumped full of drugs before they are sent on a mission, giving them red eyes and a distinctive look of confusion. The drug turns the terrorists into “unforgiving killing machines.”

While the drugs these terrorists use are not SSRIs, as far as I know, they still show what chemicals can do to the brain.

Substack author Alex Berenson argues for another cause: cannabis. He notes how the Uvalde shooter was a known toker, as was the Parkland shooter, the Texas church killer, and the Waukesha Christmas Parade murderer. I would further argue it is likely that some — if not all — of these killers were also on other medications too, including SSRIs, and that the ensuing toxic cocktail contributed to their psychosis. Remember, virtually all recent mass casualty killers had shown signs of problems, had spent time in the mental health system, and had most likely been prescribed anti-depressants or antipsychotic drugs, which are often used in combination with SSRIs.

An article from Thought Catalog claims that 37 notorious recent mass killers were either on medication at the time of their crimes or had recently gone off their meds. The list includes the Batman movie killer, one of the Columbine shooters, the Virginia Tech gunman, and Charleston church murderer Dylan Roof, among others. I have no way to know if this is accurate, because the author does not indicate his sourcing, but I also have no reason to believe it’s not true. If it is—why isn’t this a bigger story?! Why aren’t the media giants reporting it?

(Note: After writing this story, I saw that Tucker Carlson did, in fact, bring up the subject on his Wednesday show.)

A frightening paper examining the role of antidepressant-induced homicide & suicide. This is a call to action for every medical professional to understand these risks & for all politicians & law enforcement to investigate role of ADP in mass shootings.https://t.co/bD4GUxHyhh

In conclusion, I’m not arguing that SSRI medication should be pulled from the market, or that anti-depressants are somehow inherently evil. Simply put, I’m not an “anti-medication advocate.” Depression is a serious problem, and medication has done a lot of good for a lot of people, most of whom don’t go out and mow down innocents. Rather, I just wish that instead of the political screeching and inflammatory statements that inevitably come after one of these tragic events, a comprehensive study of this phenomenon would take place.

When it comes to mass shootings, there’s no easy solution. Violence, especially random violence, is a complex manifestation of various thoughts, feelings, and external factors. While it may be impossible to fully stop mass murders, ignoring the fact that certain medications, including SSRIs, play a role in a high percentage of these violent acts, no justice is being served.