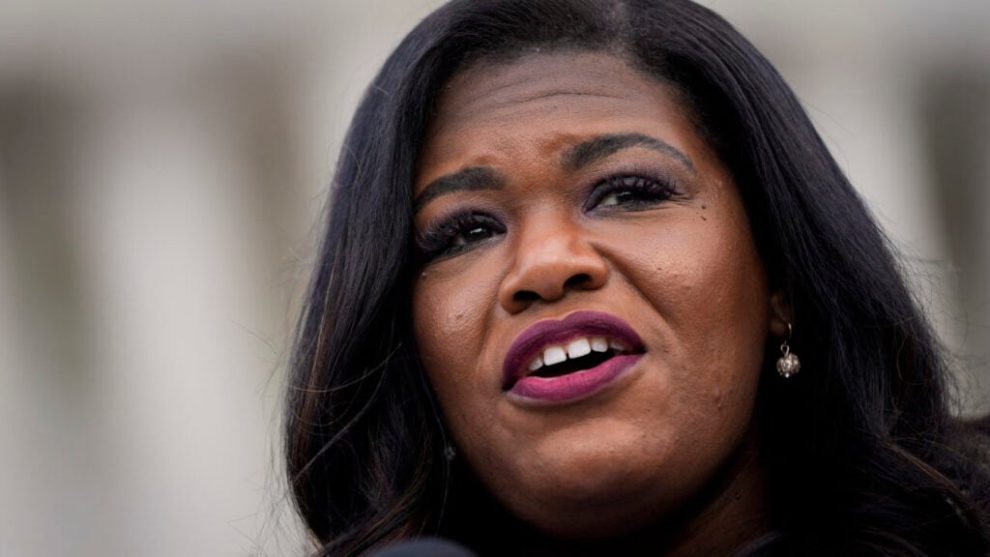 The battle over who will be the Speaker of the House brought out the worst in Rep. Cori Bush, though that’s not exactly a tough task.

As RedState reported, after Rep. Byron Donalds was nominated for the position in place of Rep. Kevin McCarthy, Bush lashed out, essentially accusing Donalds of being an Uncle Tom who wants to perpetuate “white supremacy.” You know, because black guys are famous for their white supremacy.

FWIW, @ByronDonalds is not a historic candidate for Speaker. He is a prop. Despite being Black, he supports a policy agenda intent on upholding and perpetuating white supremacy.

His name being in the mix is not progress—it’s pathetic.

It’s just incredible what Democrats can get away with. Imagine if a Republican launched into that kind of vile, racist attack against a colleague, much less a colleague from a minority group. Don’t you think it might be major news and that it would lead to major consequences? That person would be stripped of their committees and censured in no time. But when Bush launches into a racist attack or Rep. Ilhan Omar dabbles in anti-Semitism, the leaders of the Democrat caucus just shrug. There’s zero accountability on that side of the aisle.

Still, the status quo being maintained didn’t stop Republicans from lambasting Bush, and Rep. Dan Bishop roasted her on the House floor on Thursday.

Bishop tore into Democrats on the House floor on Thursday while making a nominating speech for Donalds, who burst into the limelight Wednesday after a group of GOP rebels fell behind him as their alternate candidate for speaker in their battle against Rep.-elect Kevin McCarthy.

Democratic Rep.-elect Cori Bush (Mo.) tweeted that Donalds was a ‘prop’ whose candidacy upholds ‘white supremacy,’ drawing rebukes from both Donalds and Bishop.

‘I’ve spent a good bit of time with Mr. Donalds, especially lately. He ain’t no prop!’ Bishop said, to applause from Republicans who gathered to try once again to elect a speaker.

‘I know Byron — he’s not a prop. He’s a man of personal conviction,’ he said of the second-term lawmaker from Florida.

He said he sat within feet of Donalds as Bush blasted out her tweet. He called Bush’s attack, without naming her, an example of ‘grotesque, racist rhetoric.’ The remark unified Republicans, who have otherwise been divided on the floor, while trading accusations of political terrorism against one another.

You really have to watch the video and see Bush smirking and squirming to get the full effect. The camera lands on her multiple times as Bishop speaks. Of course, she has no remorse whatsoever because that’s just the kind of person she is.

Democrats like Bush truly think that anyone who disagrees with them must be some combination of a nazi and white supremacist. What has Donalds actually done to perpetuate the things she accuses him of? Bush wouldn’t be able to answer that question if some media member were brave enough to ask her (spoiler: none of them are). Instead, her comments are akin to the emotional rantings of a child, unable to make a proper argument for anything she supports. It’s easier for Democrats like Bush to compare her opponents to some of the worst people in the world than to actually defend her positions, which are objectively terrible.

But while the Democrat leadership won’t do anything to Bush because they have no incentive to, Republicans have the power to exact their own cost. Namely, they can strip Bush of any and all committee assignments in the new term. That should absolutely happen. Her comments were disgusting, and they shouldn’t be ignored just because she’s part of the “right” identity group.