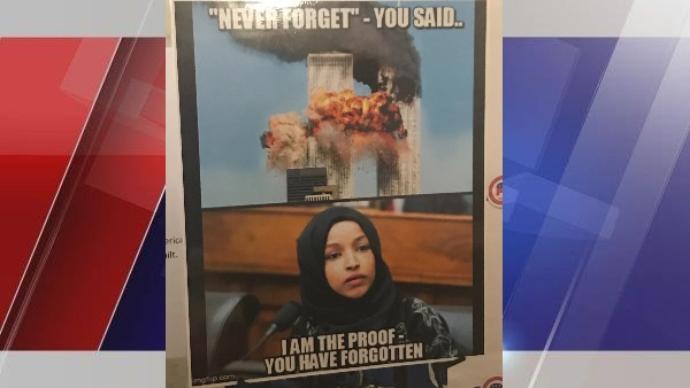 The reverberations of an anti-Muslim poster on display at the West Virginia Capitol rotunda continue, with the House Sergeant at Arms resigning and talk of possible discipline against a lawmaker who allegedly injured a doorkeeper Friday.

Sgt. at Arms Anne Lieberman resigned Friday afternoon after delegates accused her of using an anti-Muslim slur. “The sergeant of arms of this body had the nerve to say to us ‘all Muslims are terrorists’ that’s beyond shameful and that’s beyond freedom of speech,” Del. Michael Angelucci, D-Marion, said.

The poster that sparked the controversy consisted of two photos. The upper photo was a picture of the World Trade Center towers during the 9/11 attack. A caption read, “‘NEVER FORGET’ – YOU SAID..”

Below it was a photo of Minnesota Democratic Congresswoman Ilhan Omar, wearing a hijab. Omar is Muslim, and was one of two Muslim women elected to Congress. That picture’s caption said, “I AM PROOF – YOU HAVE FORGOTTEN.”

See also  Nature Journal Rips America's National Park Names for Honoring 'White Supremacy'
→ What are your thoughts? ←
Scroll down to leave a comment: