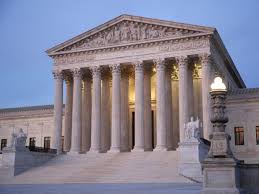 Just a day after voters decide between President Trump and former Vice President Joe Biden, the Supreme Court in November will hear a case expected to set the tone for future clashes between gay and transgender rights and religious freedom interests.

The case, Fulton v. City of Philadelphia, will determine whether or not the adoption agency Catholic Social Services must comply with Philadelphia’s allowances for placing foster children with gay or transgender parents. The agency, run by the Archdiocese of Philadelphia, sued the city in 2018 because the city’s rules force it to violate Catholic teaching. The court took up the case in February, and, after the Trump administration filed a brief in June supporting CSS, Fulton is becoming a central point of friction in sexuality culture wars.

The administration’s brief accuses Philadelphia of treating religious organizations as if their faith is a pretext for bigotry. Solicitor General Noel Francisco in the brief compared Fulton to the well-publicized case Masterpiece Cakeshop v. Colorado Civil Rights Commission, arguing that, in both circumstances, civil authorities displayed an unconstitutional “hostility” to the free exercise of faith. More than 40 Republican lawmakers, led by South Carolina Sen. Tim Scott and Pennsylvania Rep. Mike Kelly, the previous year, filed a separate brief supporting the adoption agency on similar grounds.

Broad Republican support for CSS’s appeals to religious freedom drew backlash from many Democrats, especially after the court this summer delivered several significant victories for organizations seeking faith-based protections. In late August, Democrats on the House Ways and Means Committee published a report condemning the Trump administration for “intentionally” harming gay and transgender people by siding with religious-run adoption agencies.

Citing its position on Fulton, Illinois Rep. Danny Davis accused the administration of enacting “sweeping efforts to weaken rights and protections for LGBTQ Americans and other marginalized communities.” Davis added that the administration’s preferences, shown through a series of Health and Human Services deregulations, have a “devastating impact” on marginalized communities.

Senate Democrats, led by New York Sen. Kirsten Gillibrand, in late August, filed a brief with the Supreme Court, urging it to decide against the adoption agency. Gillibrand, herself a Catholic, was joined by more than 20 colleagues, including Massachusetts Sen. Elizabeth Warren, Vermont Sen. Bernie Sanders, and Virginia Sen. Tim Kaine.

The squabble over Fulton has played out against the background of a larger war between the Trump and Biden camps for control over messaging on gay and transgender protections. Trump in August tweeted that it was a “great honor” to support gay and transgender communities. His comment came after Biden in June said that Trump’s “cruelty truly knows no bounds,” when the HHS cut away a provision of the Affordable Care Act that had extended many nondiscrimination protections on the basis of gender identity. The Trump administration instead opted to treat sexual discrimination on purely biological terms.

But the Supreme Court soon opposed that conclusion in Bostock v. Clayton County later in June. The case, which revised Title VII of the Civil Rights Act, prompted many social conservatives to predict it would trigger a culture war between gay and transgender advocates and religious groups. Fulton presents the next significant battle in that war, according to John Bursch, senior counsel at the nonprofit law firm Alliance Defending Freedom. If the court decides in favor of the adoption agency, he said, it could “signal” a willingness to consider broader religious liberty exemptions in other areas as well. The case is also set to revisit the 1990 case Employment Division v. Smith, which has long limited the scope of religious freedom exemptions.

And as with other high-profile cases concerning gay and transgender issues, Fulton has generated controversy well beyond politics. In June, more than 30 corporations, including Apple, Twitter, and Google, expressed their support for Philadelphia. Their brief, led by attorneys for the businesses, chastised the Trump administration for favoring the adoption agency and warned that a decision in its favor would hurt “the bottom line.”