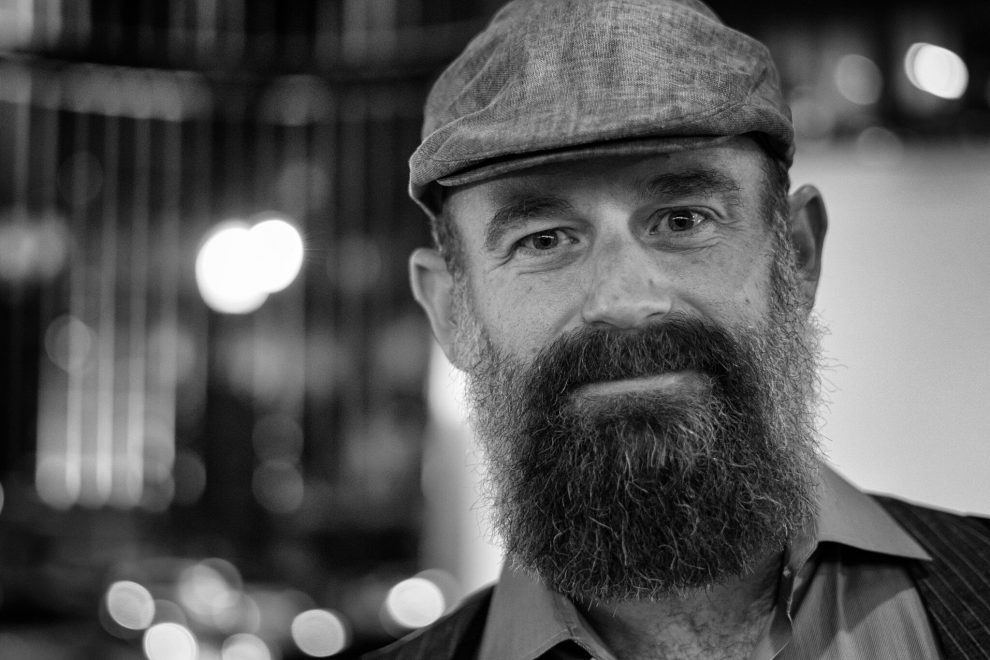 The conservative influencer sphere is flailing. There are, unfortunately, scores of men out there without good influences who are extremely vulnerable to opportunists promising to turn them into “real men.” Jack Murphy seems to be one of these opportunists. He built a business called the Liminal Order and charges men $100 a month to learn how to be better men. People who have paid for this service have said it’s basically an expensive chat room. Murphy’s website says:

The Liminal Order is an exclusive men’s organization whose mission is to change our culture by changing ourselves. We ascribe to positive masculinity and believe in the power of individual accountability. The men of the Liminal Order know we must improve ourselves such that we may be of better service to our families, communities, and our Nation.

Through education, training, fraternity, and service, the Liminal Order equips the mind, body, and spirit to thrive in today’s chaotic culture.

Murphy claimed that his company is a network of like-minded men who are helping one another grow. Why it costs $100 a month to make friends is a mystery.

If you want to protect your family, get fit, and grow your wealth in spite of all the enemies roaming the streets outside, we are your solution.

The Liminal Order is a private, secure network of over 700 brothers networking our way to success. We help each other achieve goals that individually would be impossible. And we’ve already helped change America for the better.

In the Liminal Order, people eat white pills for breakfast. Inside our digital walls, people are getting their health in order, building projects, doing initiatives and charity work, having babies, and winning at life. We’ll soon be 1,000 strong. All of us happier, healthier, and wealthier.

Murphy (whose name isn’t even real; it’s actually John Goldman) often goes on very popular conservative-leaning shows like Tim Pool’s podcast and Elijah Schaffer’s show on The Blaze. Murphy has made himself a home within conservative influencer circles, often appearing with Mike Cernovich and Trump insiders like Amanda Milius. But did anyone do their homework on him? It doesn’t seem so.

Everything came boiling to the surface after Murphy went after Schaffer’s cohost, Sydney Watson, for asking a question about an article Murphy wrote in 2006 about cuckolding. (For those of you who don’t know what that is, don’t Google it. It’s when you watch your wife or girlfriend in a sexual situation with another man.) It turns out that Murphy had written an article praising this practice in graphic detail.

“Today I sent my adoring loyal hot young girlfriend of two years to have sex with a stranger from tinder. She is currently at his apartment, checked in with me via text and is presumably sucking and f*cking her way to a good time,” he wrote. The rest is too gross to share. You can find it if you want to. It’s pretty much everywhere.

Blow up on my friend for reading a super chat asking a question about an article you wrote? You know how the internet works right Jack? @SydneyLWatson is my friend. She is above petty internet drama. I am not.
Retweet away. Supreme Alpha Jack Murphy's article on being a cuck. pic.twitter.com/Na6Z79ISsS

Murphy refused to just address this issue and instead lashed out at Watson for asking a question from the live audience. This set off a chain of events that got the researchers on 4chan interested in Murphy’s past. What they dug up is truly horrific.

On behalf of those of us who have been fighting this cultural slide into hell for the sake of our children, shame on everyone who is considering giving this man a pass for this behavior. Seriously. If I hear the phrase “kink-shame” come out of one more “conservative” mouth, I’m going to vomit. Yes, I kink-shame. Kink-shaming is exactly what this culture needs. Keep your kink to yourselves. We’ve all had more than enough of everyone’s kink in our faces (and in our children’s classrooms even). No one needs to see Jack Murphy’s hairy backside on camera with various silicone toys shoved into it and then listen to him tell us how to reclaim “positive masculinity” and win back the West. Jack Murphy and others like him are the reason the West is in trouble! (Again, don’t Google it. You’ll regret it.)

Internet sleuths also found these disturbing comments he made on “Timcast” about 15-year-olds.

Read the Jack Murphy article, it reminded me of a creepy moment from Timcast IRL about 9 months back. Clip from 1:36:09 of the episode on 3/3/21. pic.twitter.com/YiOyTvAiTf

This is the most disturbing part about the Murphy saga. The cuck article also referenced “little girls” in a sexual way that is highly concerning.

I want to know why #jackmurphy wrote this. Forget about the cuck stuff. What about this? If any of you out there are still asking this man on your podcasts you need to stop. pic.twitter.com/LrwMb5qnHO

This situation is very upsetting on a lot of fronts, but most of all it is the willingness of conservatives to take in, support, and elevate anyone they perceive as being on “our side” that is most disturbing. This needs to stop. There are people who have been in this movement for decades, have proven their conservative cred, live conservative lives, and deserve large platforms—but never get them. Instead, the “conservative influencers” latch onto people like Murphy—fly-by-night scammers who end up embarrassing all of us. Why is that? Why is there no basic desire to check into someone’s background? A simple Google search on Murphy’s past articles would have found this. He wrote them in 2006! It wasn’t hidden; no one cared to even look! And the end result is that conservatives end up looking like stupid fools.

And speaking of stupid fools, Tim Pool is still standing behind this creep. He had him on his show, with millions of listeners, so he could explain himself while lying and deflecting blame onto Watson. Tim Pool is a fool if he continues to give this man a platform.