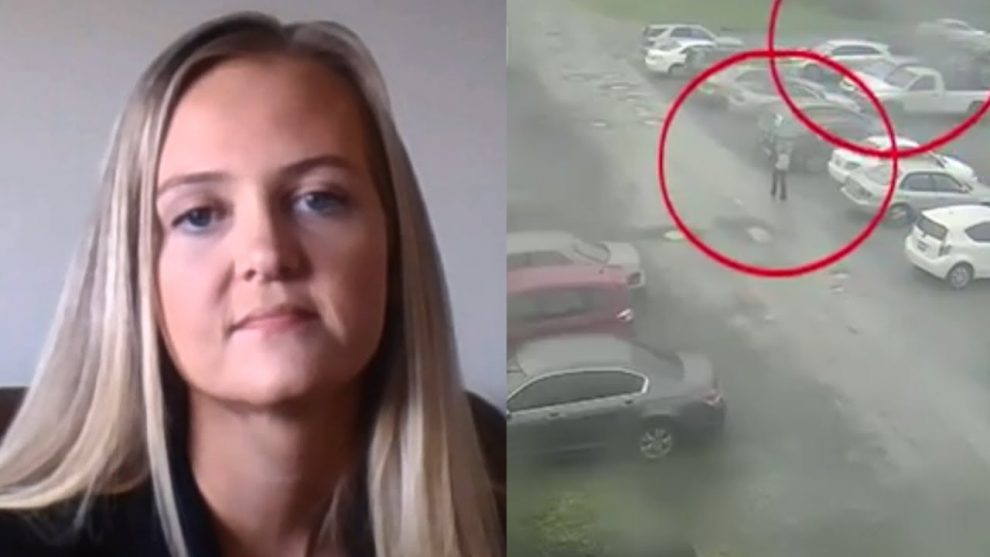 A college Republican activist says she was stalked and harassed by a protester after her group held an event on campus.

Katie Daviscourt, a student and Turning Point USA chapter president at South Seattle College, told The Daily Caller that a man who had confronted her about her views and had stolen a poster from her group’s booth also had followed her out to the parking lot, where he allegedly stalked and harassed her from the SUV he was driving.

“I thought this guy is going to kill me, or run me over at least or something,” said Daviscourt.(RELATED: Berkeley Assault Victim Says He’s Not Discouraged and Will Continue to Promote Conservatism.)

Ty Swenson, a spokesman for the college, issued this statement to the Caller:

South Seattle College summarily suspended a student on April 15 due to allegations of harassment and driving recklessly in an attempt to intimidate a fellow student. The suspension means the student is not allowed to return to campus or attend class while an investigation is underway. This action was taken in accordance with the college’s guidelines for student misconduct. We continue to offer support to the impacted student and assist the Seattle Police Department in their investigation. Utilizing FERPA guidelines, we will not be releasing student names.

A spokesperson with the Seattle Police Department told the Caller that they are investigating the incident.