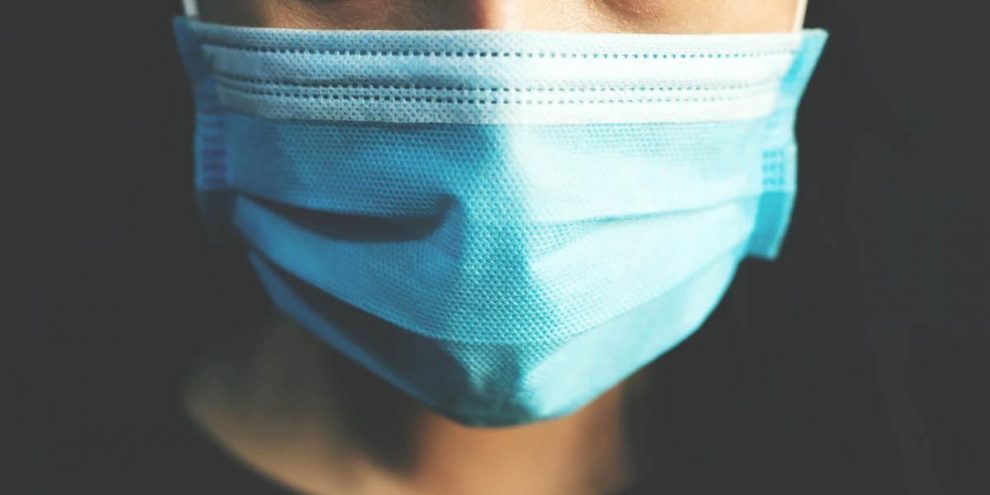 For months, we’ve been lectured to by the political elites that cases of coronavirus are spreading too quickly and that we must wear masks to stop the spread. The obvious fault with their act of desperation is that they can no longer mask the fact that most parts of the country have already been fully masked for months — long before the ubiquitous spread this fall.

Researchers at RationalGround.com, a clearinghouse of COVID-19 data trends run by a grassroots group of data analysts, computer scientists, and actuaries, did an analysis of all 50 states divided by those that had mask mandates and those that did not. Justin Hart, co-founder of the website, posted the results in a Twitter thread and shared with me the data analysis:

BREAKING! Do mask mandates work? Our analysis below.
We looked at cases on days where mask mandates were in place vs when they were not. We calculated the cases per day adjusted for population and:

WITH MASK MANDATE:
27 cases per day per 100K people

They studied the number of cases over a 229-day period from May 1 through Dec. 15 and divided the results of the two study groups by days with mask mandates and days without mask mandates. The non-mandate data group includes both states that never had a mandate and those that did at some point, but data set included only the days they did not have a mask mandate.

The results: When comparing states with mandates vs. those without, or periods of times within a state with a mandate vs. without, there is absolutely no evidence the mask mandate worked to slow the spread one iota. In total, in the states that had a mandate in effect, there were 9,605,256 confirmed COVID cases over 5,907 total days, an average of 27 cases per 100,000 per day. When states did not have a statewide order (which includes the states that never had them and the period of time masking states did not have the mandate in place) there were 5,781,716 cases over 5,772 total days, averaging 17 cases per 100,000 people per day.

The reverse correlation between periods of masking and non-masking is remarkable.

That's right. With mandates in place states say 10 more cases per 100K population. Here's the breakdown by state. Many states have had days with mandates (blue) and without (orange)

Drawn your own conclusions.
2/ pic.twitter.com/I2XknhFOQk

The 15 states that did not have a statewide mask mandate for the duration of this analysis were Alaska, Arizona, Florida, Georgia, Idaho, Iowa, Missouri, North Dakota, Nebraska, New Hampshire, Oklahoma, South Carolina, South Dakota, Tennessee, and Wyoming.

Importantly, for purposes of this study, the analysts gave the mask mandate states a 14-day grace period from the time of implementation in order to begin counting cases against mask efficacy. This gives time for the existing spread from the original policy to become obsolete, in order to more accurately assess the efficacy of the mandate. Proponents of the mask mandate might suggest that mask mandates were often imposed once cases already spread quickly, so there is a negative bias of increased cases in those areas (or times) that had mandates in place. However, there was no evidence of any reduction in cases or even better outcomes many weeks later. In fact, Ian Miller, one of the researchers at RationalGround.com, found that three counties in Florida (Manatee, Martin, and Nassau) that allowed the mandate to expire after having implemented it had fewer cases per capita than those counties that kept the mandate.

Well this is a huge surprise! The counties without mask mandates have lower case rates and lower case growth pic.twitter.com/gflvRyZILF

Nor has the mandate worked in states where it was implemented long before the surge in cases began.

One of the favorite talking points of the pro-mask lobby is that you need to mandate them while cases are low, or it doesn’t work

California is the ultimate example of a state that had a mask mandate in place forever — long before its turn for spread hit in earnest.

The simple reality is that there is no legitimate data showing the mandates worked.
My first question when reading this analysis was that perhaps there is a bias in case counts against those areas with mask mandates because, by definition, most areas without them are more conservative and tend to have lower population density. After all, dense areas seem to be associated with more spread, and therefore, those areas must be judged by a different standard.

First, it’s important to recognize that over the past few months, as the virus has spread rapidly to the low-population states and counties, the gap between the urban and rural areas has really closed as the virus appears to be giving everyone equal treatment. Also, included in the top-line number of 17 cases per 100,000 in the non-mask states are also the larger states that did eventually adopt a mandate, but had prior days without the mandate in which the cases were counted among the non-mandate data set. Thus, the study is more apples-to-apples than simply taking places that never had a mandate vs. those that always did over the entire study period.

More fundamentally, this study analyzed Florida by county data and shows no correlation between mask mandates and fewer cases, even adjusting for population density. Gov. Ron DeSantis has notoriously declined to issue a statewide mandate in the Sunshine State; however, of the 67 total counties in Florida, 22 have implemented an executive mask order at some point during the study period. Two of them (Miami-Dade and Osceola) were in effect for the entire period, while the other 20 began in the spring, summer, or fall.

BREAKING! Do mask mandates work? Our analysis below.
We looked at cases on days where mask mandates were in place vs when they were not. We calculated the cases per day adjusted for population and:

WITH MASK MANDATE:
27 cases per day per 100K people

Did population density play a role?

When you isolate only the top 12 most populous counties in the state (>500,000), eight of them had effective mask orders implemented at some point during the study period, and four never had a countywide order (Brevard, Lee, Polk, and Volusia). When the eight did have an order in effect, there were 24 cases per 100,000 a day. On the other hand, during the days when mandates were not in place (which is never in four counties, and some weeks in seven of the other eight except for Miami-Dade), there were 17 cases per 100,000 per day.

We can turn the numbers upside down and inside out, but no matter how we examine them, there is no evidence of masks correlating with reduced spread. If anything, the opposite is true. And it sure as heck is not because of a lack of compliance.

Another objection: "Well maybe people aren't really wearing masks!" We have you covered there. Here's an interactive tool allowing you to drill down on county-level covid cases mapped to a NYTimes survey on how people are wearing masks.
5/https://t.co/0aRywhIJVS

It’s self-evident that the virus does what it does naturally and follows a very mechanical pattern regardless of state policies.

Team Apocalypse will object and say: "well, states which put mandates in place were seeing surges in cases!" Perhaps… but our data shows that even AFTER the mandates went up… it did nothing.
h/t to our friend @ianmSC
3/ pic.twitter.com/Y2BmsaEow5

The Mid-Atlantic region also has a tremendous collective mindset, where people of all backgrounds, rich and poor alike…all across the region come together to listen, then stop listening, then listen again to mask mandates & guidance

Truly a triumph of the collective spirit pic.twitter.com/SlAN6Ovyap

The burden is on those who want to violate the Constitution with such a draconian mandate for the rest of our lives to present affirmative evidence that their religious symbol works. The phony “fact checkers” will always find ways to show that we can’t prove beyond a shadow of doubt that masks will never work. But while they force us to prove 100% that they don’t work, mandaters don’t have to prove any efficacy at all, even as 2-year-olds are forced to have their faces covered on planes.
We used to all scoff at the Islamic fundamentalist for believing that if they just waged jihad a little harder, they’d earn their 72 virgins. Well, those people can learn a thing or two about faith from the mask fundamentalists who believe it’s never too late for masks to magically stop a virus after months of failure.