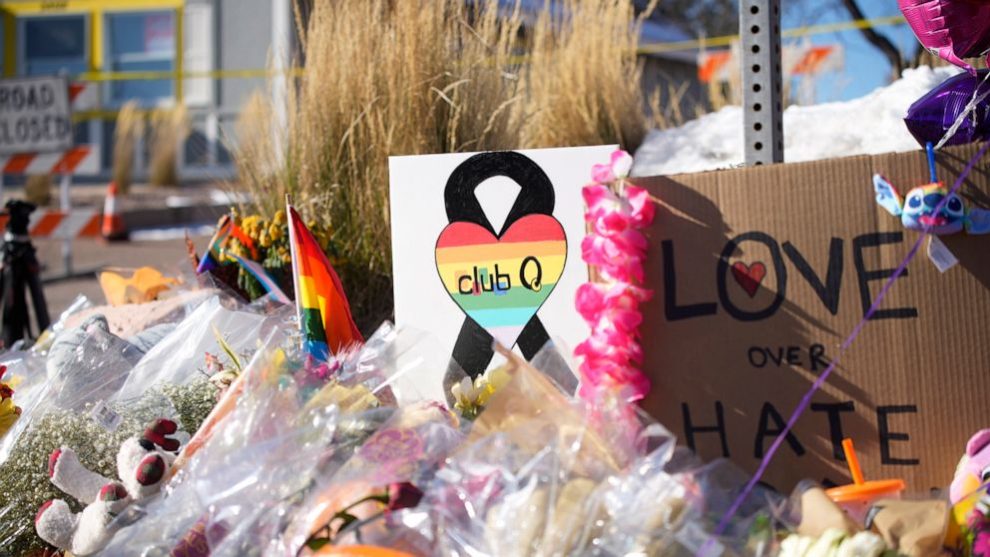 Anderson Lee Aldrich, the suspect who allegedly shot and killed five people and wounded at least 18 others over the weekend at an LGBTQ nightclub in Colorado, identifies as non-binary and uses “they/them” pronouns, according to a court filing on Tuesday night.

However, Aldrich’s public defender revealed that Aldrich is “nonbinary” and uses “they/them pronouns,” the New York Times reported. In addition to the pronouns, Aldrich is referred to as “Mx. Aldrich” in the court filings.

“Anderson Aldrich is nonbinary,” a footnote in the filing states. “They use they/them pronouns, and for the purposes of all formal filings, will be addressed as Mx. Aldrich.”

In new court filing, public defenders for the suspect in the mass shooting at a Colorado gay club that left 5 people dead say that their client is non-binary and that "they use they/them pronouns." The lawyers refer to their client as Mx. Anderson Aldrich. pic.twitter.com/dPaUpiFXKN

The news about Aldrich’s gender identity came after Democrats and members of the corporate press politicized the shooting and blamed Republicans for the tragedy.

For example, NBC’s Ben Collins claimed that “Republican politicians” and the “internet’s far-right machine” targeted LGBTQ+ individuals in the months leading up to the nightclub shooting.

“[email protected] you have played a major role in elevating anti-LGBT+ hate rhetoric and anti-trans lies while spending your time in Congress blocking even the most common sense gun safety laws,” Ocasio-Cortez tweeted. “You don’t get to ‘thoughts and prayers’ your way out of this. Look inward and change.”

“Dehumanizing rhetoric leads to dehumanizing actions, which quickly translates to violence, shootings, assaults, and worse,” Cortez added in an Instagram post about Boebert.

Aldrich is set to make a virtual court appearance from jail on Wednesday, the Denver Post reported.