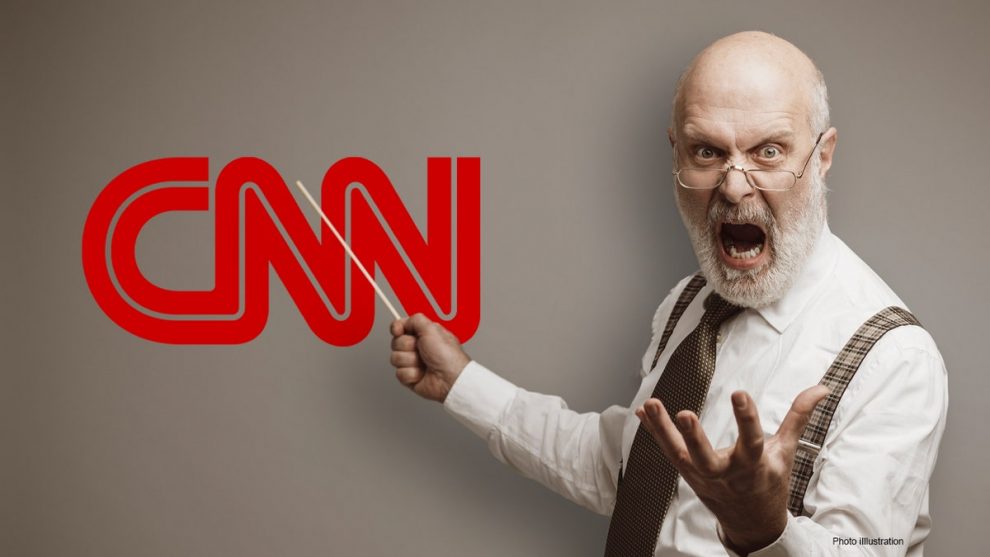 On this episode of “The Most Trusted Name in News™”…

How low can they go? CNN’s ratings, I mean. New quarter, same results: Fox News Channel was the most-watched basic cable network in the 24-hour daypart for the final quarter of 2021. While Fox averaged 2.37 million total viewers in primetime, CNN slithered across the finish line with just 642,000. Ouch.

Who can forget the disgraced former CNN anchor, Chris Cuomo? Listen, when this guy is your clean-up hitter, it’s only a matter of time. And that time continues to come. Reality, CNN, deal.

As we reported in late December, after enjoying a five-year Trump Derangement Syndrome high, CNN’s viewership for the first week of December fell to 17th overall among basic cable networks.

Ratings for CNN have fallen off a cliff. After riding high last year with non-stop coverage of Trump, the network now only averages 585,000 total viewers in prime time, putting it in 17th place among cable. Ironically, it’s number one show was fronted by now fired Chris Cuomo. pic.twitter.com/GKEfS1HfRq

As reported by TVNewser:

Meanwhile, CNN continued to tank, averaging just 492,000 total viewers across the 24-hour day time (total day) in the fourth quarter. As noted by TVNewser, the 492,000 was down 18 percent from third-quarter 2021, 67 percent down from fourth-quarter 2020, and an astonishing minus-73 percent compared to fourth-quarter 2020.

Yet, silly clowns like Brian Stelter and Don Lemon continually rail against Fox News in pathetic fashion on a near-daily basis.

The funniest part is that The Most Trusted Name in News™ doesn’t seem to give a damn, obviously valuing its position as the primary sock-puppet media of the left more than it values viewership and revenue, choosing instead to make a further mockery out of its silly motto. Think about it.

Oblivious to reality, CNN anchors, contributors, and most guests trot out on a daily basis with the predictability of Michael Moore inhaling a bag of Quarter Pounders with Cheese — with the singular goal of railing against Fox News, trashing Donald Trump, “white supremacy,” “systemic racism”, and other Democrat Party talking points. Seems to me that at some point, Einstein’s definition of insanity — doing the same thing over and over and expecting different results — might cross CNN honcho Jeff Zucker’s mind.

Then again, Zucker is Zucker.

And CNN… The Most Trusted Name in News™… is only CNN.

Besides, there’s only so much a left-wing narrative-driven “news” network can do.