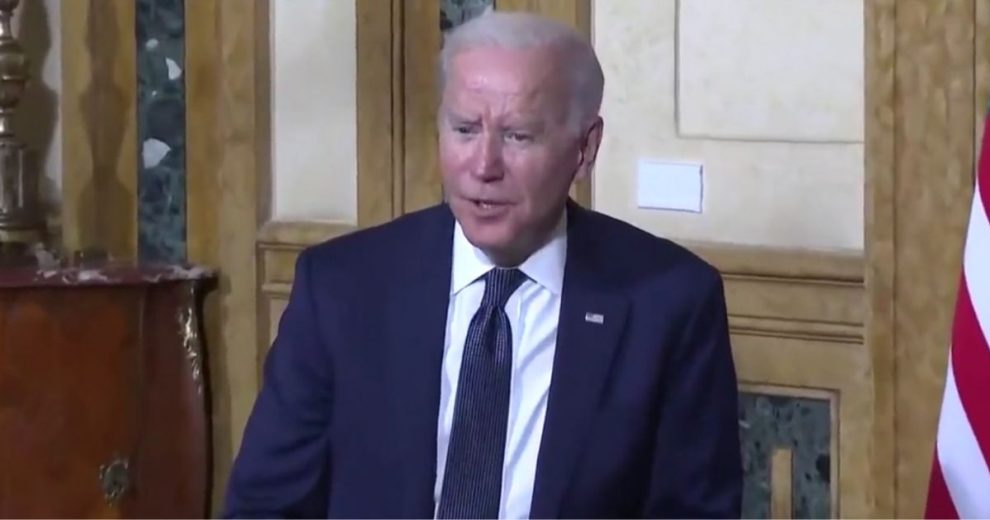 Zeleny made his comments on Wednesday after Biden, 79, appeared to mix up COVID-19 home testing kits with antiviral pills during an interview with ABC News.

He paused for a second and then corrected himself, saying: “Excuse me … 500 million test kits.”

Moments later he made the same mistake again.

“Repeatedly throughout this interview with David Muir, President Biden seems confused and was confusing the half a billion tests that they’ve ordered with a half a billion pills,” Zeleny told CNN’s Wolf Blitzer during a panel discussion.

“Of course, pills were in the news today with the Pfizer approval of the anti-viral, so he corrected himself, but that was one thing that stuck out to me.”

A video excerpt of Zeleny’s comments were tweeted by the Republican National Committee.

Last month, former President Donald Trump suggested that Biden be required to take a cognitive test to ensure he’s mentally capable of dealing with other world leaders “at the top of their game.”

“We need somebody that’s at the top of the game,” Trump said on Fox News’ “Hannity.” “Maybe it should be mandated that you take like a cognitive test or something.”