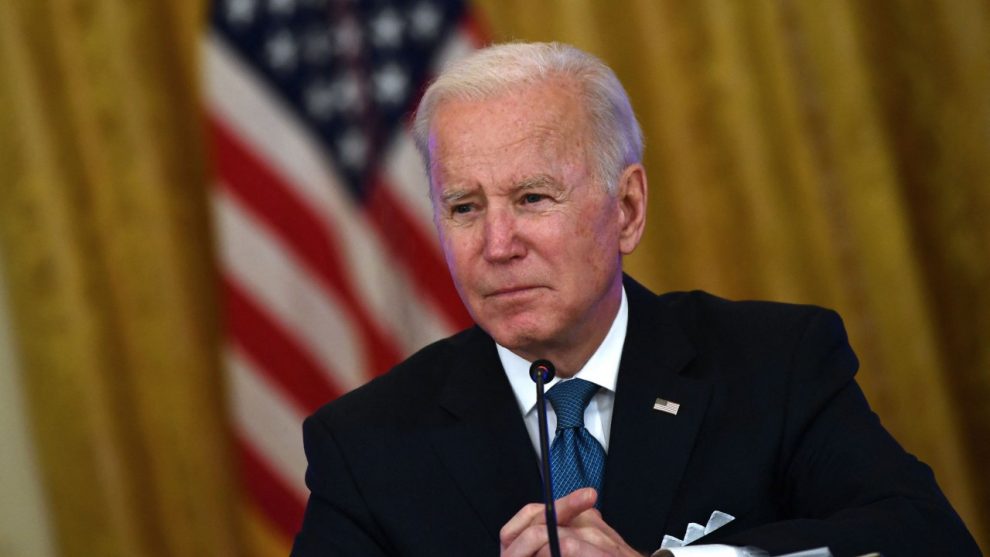 As the midterm picture gets increasingly worse, you can almost hear the drumbeat beginning for President Joe Biden to resign. As the leader of the party with an extremely unpopular agenda, Biden will be held responsible for a trouncing, should one occur. As of today, all of the polls are pointing in that direction. And the Democrats’ stenographers in the media are starting to turn on the president.

In a stunning fact check over at CNN, Daniel Dale declares that “Biden’s midterm message includes false and misleading claims.” While it’s nice that Dale noticed, it is astonishing he published his observations just before Election Day. Perhaps the changes at CNN are fundamental, and this article is the latest example of “fair and balanced” coverage. Dale’s piece can definitely be rated an apple.

In a near apology, Dale writes:

President Joe Biden has been back on the campaign trail, traveling in October and early November to deliver his pitch for electing Democrats in the midterm elections on Tuesday.

Biden’s pitch has included claims that are false, misleading or lacking important context. (As always, we take no position on the accuracy of his subjective arguments.) Here is a fact-check look at nine of his recent statements.

The White House did not respond to a request for comment for this article.

It is like Dale has been holding all of his fact-checks for one article. The nine he covers are pretty straightforward and take apart Biden’s objective pitch to voters. But NINE? Dale even broke Biden’s Social Security security claims into two parts. The first one related to the tweet the White House deleted. Biden has taken credit for the increase in Social Security payments for seniors at events and on Twitter.

Dale correctly notes that the administration is legally obligated to provide the increase according to a formula in a law passed under Richard Nixon. Astonishingly, he even states, “the increase in Social Security payments for 2023, 8.7%, is unusually big simply because the inflation rate has been unusually big.” Biden also claimed the increase is the first one in ten years. Dale corrects the record, informing readers increases have happened annually since 2017.

There is some accidental journalisming going on here.

Biden has touted that his Inflation Reduction Act will put an end to companies paying no federal taxes. Dale writes:

“According to the Institute on Taxation and Economic Policy, the think tank that in 2021 published the list of 55 large and profitable companies that avoided paying any federal income tax in their previous fiscal year, only 14 of these 55 companies reported having US pre-tax income of at least $1 billion in that year.

In other words, there will clearly still be some large and profitable corporations paying no federal income tax even after the minimum tax takes effect in 2023.”

Dale also calls Biden out for conflating debt and deficits. The debt has set records under Biden because that is the amount we borrow plus interest. Biden cut the deficit in half, but that is the difference between what we spent last year and this year. Under Trump in 2020 and unnecessarily under Biden in 2021, the federal government spent a record amount annually due to the pandemic. Spending less in 2022 is not really an accomplishment, and on net, Biden’s policies increase the deficit, according to Dan White of Moody’s Analytics.

Dale also calls out Biden’s whoppers on the unemployment rate, his student debt policy, gas prices, and his relationship with China’s Xi Jinping. However, Dale’s best work was on Biden’s lies about the Trump tax cuts. The president likes to say only the top 1% got a tax cut. Dale’s fact check noted:

The Tax Policy Center think tank found in early 2018 that Trump’s law “will reduce individual income taxes on average for all income groups and in all states.” The think tank estimated that “between 60 and 76 percent of taxpayers in every state will receive a tax cut.” And in April 2019, tax-preparation company H&R Block said two-thirds of its returning customers had indeed paid less in tax that year than they did the year prior, The New York Times reported in an article headlined “Face It: You (Probably) Got a Tax Cut.”

After Dale’s wonderfully honest fact check, NBC’s Chuck Todd tied it up nicely with an observation on Meet the Press.

"The president's travel in the final stretch says it all about how the Democrats believe the election is going," says NBC's Chuck Todd.

"Biden has spent the final days of this campaign not in purple states, but in blue states — California, New Mexico, Illinois, and New York." pic.twitter.com/yWXNvGwLlj

The Democrats are not sending Biden anywhere they might lose by mistake unless Barack Obama is there to do the talking. And while the blame for the anticipated shellacking will fall on Biden, it does not lie solely with him. His advisors have tacked his policy prescriptions to the Twitter majority, not the majority of Americans. And their electoral performance will not likely improve until Democrats fix that problem.