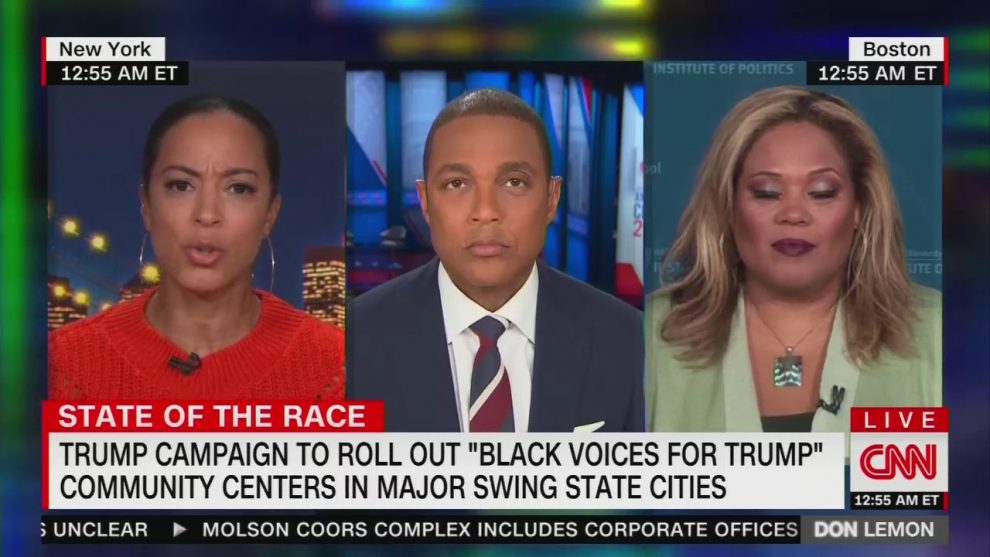 When asked about the Trump campaign’s outreach to Black voters, Tara Setmayer said, “Well, I think it’s smart of them to do this. They think — it’s true, he only needs a couple of percentage points. He over-performed last time with black voters that people didn’t see coming. He had better numbers than McCain did or Romney. It’s a smart play for them politically. They have the money to do it. How much impact it actually has remains to be seen. You know, how you do this, the way you message things makes a huge difference. The president does have criminal justice reform, at least as something tangible that he can go into these communities with. But that’s about it. Although the black unemployment, which we hear constantly over and over again, but I don’t know that Black America’s looking at this saying, ‘yeah, we want four more years of this guy’ when all the other transgressions, racial transgressions that come out of his mouth and this White House are just too much.”

She added, “Instead, you want to give Donald Trump kudos for throwing Cheez-It bits at you and then criticize the people who have spent their careers doing things for the betterment of black people and black society. And I would just say at that point, if you still go over to Donald Trump after that, shame on you. Period.”