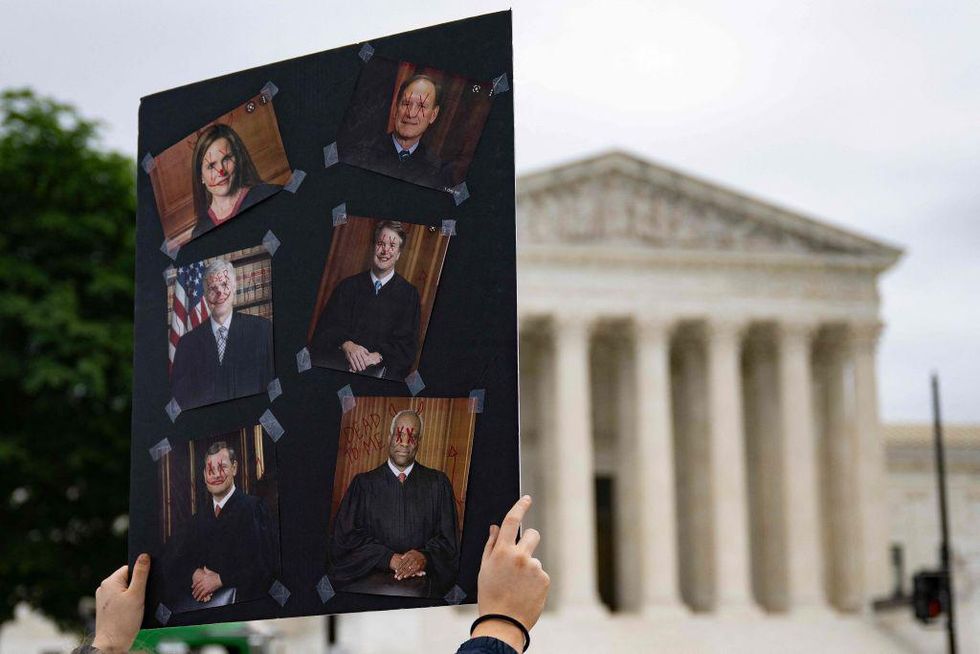 On Friday’s “CNN Newsroom,” co-host and Chief National Security Correspondent Jim Sciutto reported that after the leak of the Supreme Court’s draft opinion on Roe v. Wade, “Capitol Police are warning the far right is calling for violence against a religious group planning to rally for abortion rights.”

Sciutto stated, “This morning, law enforcement officials are preparing for potential violence in the capital and nationwide after the leak of that Supreme Court draft opinion that would strike down Roe v. Wade after 50 years. Capitol Police are warning the far right is calling for violence against a religious group planning to rally for abortion rights.”

CNN Law Enforcement Correspondent Whitney Wild added that law enforcement sources “tell us that they are closely monitoring social media chatter that suggests that there’s a potential for violence against abortion clinic providers, abortion clinic staff, members of the judiciary — that would include the justices here — as well as members of the federal government. And what we know after January 6, and what law enforcement knows across the country, is that social media chatter can manifest into actual violence. … And federal law enforcement officials held a call with about 150 participants all across the country to warn them about protests that resulted in confrontations, about the possibility of future demonstrations, as well as for — the potential for violence. So, that’s what’s going on across the country. Here in Washington, there is physical proof that law enforcement officials and officials — Congressional officials, Supreme Court officials here are concerned about the potential that protests could erupt.”

After discussing the barriers that have gone up around the Supreme Court, Wild concluded, “The bottom line here is that while these protests, for the most part…here in Washington at least, have been peaceful, there have been a couple confrontations, but no physical eruptions, no real serious acts of violence here. Because police were able to intervene. They’re very concerned about it, MPD keeping some of those police resources, at least through Sunday.”