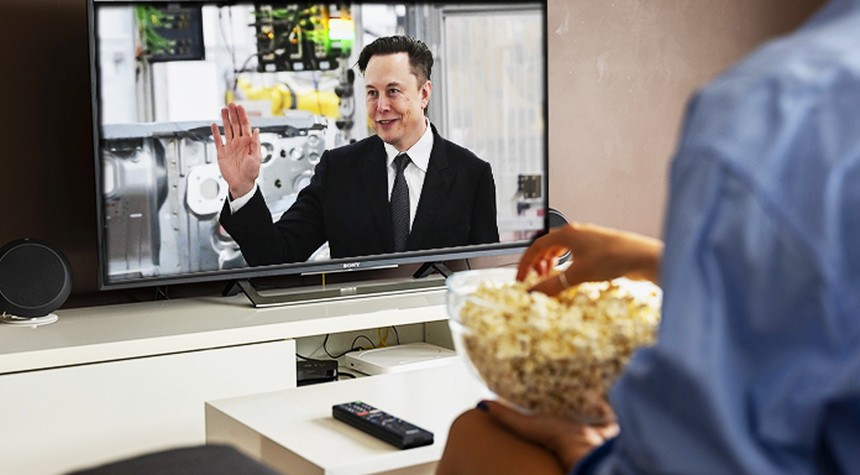 Did you know that freedom of speech is “nonsense?” That’s the word from CNN, which let a former CIA flunky spew falsehoods in an attempt to smear Elon Musk’s management of Twitter.

As RedState previously reported, Musk is set to grant a “general amnesty” to formerly banned accounts. There will be some exceptions if those accounts broke the law or engaged in targeted calls for violence, but a deluge of accounts that simply broke leftwing orthodoxy are set to return.

That has the clowns over at CNN shaking in terror, so much so that they are willing to boot basic constitutional principles in the process.

Fmr. CIA analyst on Elon restoring banned Twitter accounts: ”Putin is going to be all over Twitter if there’s no regulations on this, fake accounts, spoofed accounts … And so when he’s talking about the popular voice, Musk, he’s really talking about Russian intelligence.“ pic.twitter.com/2V546kBIZI

Everything is about Vladimir Putin to these people. According to them, he stalks the shadows like some bizarro Batman, ready to pounce at any moment with memes and “disinformation.” Of course, Robert Baer is in the same camp of flacks who insisted that Hunter Biden’s laptop was Russian disinformation, and we all saw how that turned out.

Baer’s complaints are, to put it succinctly, nonsense. One, Twitter was overrun with fake accounts prior to Musk’s acquisition of it. Two, the idea that past regulations kept Putin’s regime off Twitter is just laughable. Does anyone really believe that Russia was stopped in its tracks from posting on social media because the last iteration of Twitter banned accounts for saying COVID-19 came from a Chinese lab? I’m pretty sure the Russians, as much as I’ve dogged on their capabilities, are capable of spoofing an IP and posting on Twitter if they want.

And speaking of China, isn’t it neat how CNN and the rest never seem to have a problem with TikTok? I mean, if they are so terrified of foreign influence on social media, you’d think they’d be screaming from the rooftops about one of the largest social media companies being owned by the Chicoms. Never mind that TikTok happens to be most popular among the youngest, most impressionable generation.

Then there’s Baer’s claim that you can’t go to a movie theater and yell fire. Yes, yes you can. That talking point has been debunked more times than I can count (the case that found that was long ago overturned), and yet, leftwing hacks just keep saying it. Prohibitions of free speech are constitutionally limited to direct incitement of violence and legally-provable defamation. Just about anything else goes. Certainly, freedom of speech covers being able to post one’s thoughts on social media, even if the companies themselves can choose to curate as private entities.

Lastly, how in the world is Putin going to “save himself” in Ukraine by using accounts on Twitter? That’s probably one of the dumbest suggestions I’ve seen surrounding this topic. I’d critique it more, but it’s so ridiculous as to be dismissed outright.

I’m constantly struck by just how unimpressive and mediocre these bureaucrats-turned-talking heads are. Is this really the kind of person that makes a career in the federal government as an “analyst?” Come to think of it, given the history of the CIA, that actually makes a lot of sense.