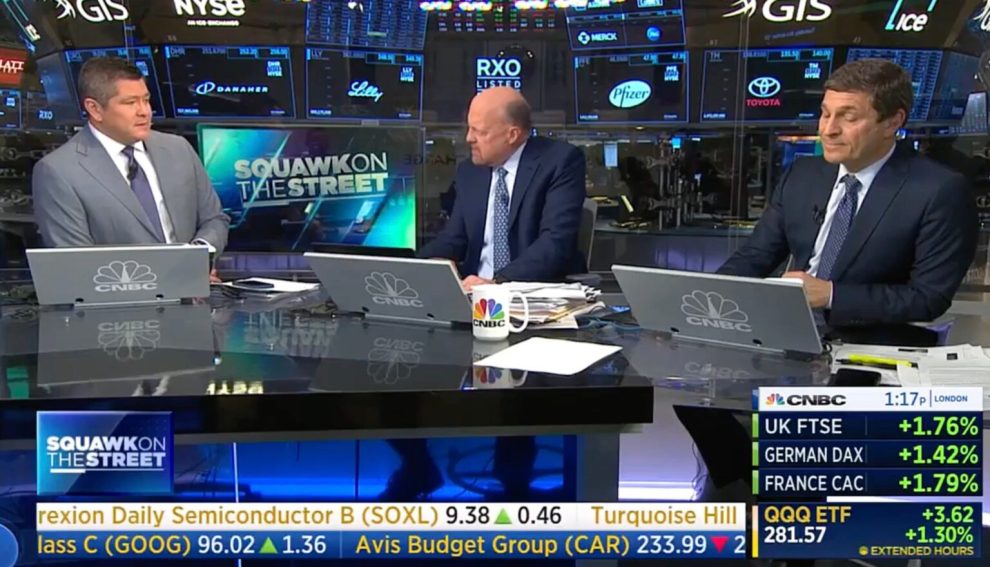 On Tuesday, CNBC’s ‘Squawk on the Street’ host Jim Cramer stunned his co-hosts by endorsing the use of “propaganda” to spread information about COVID-19.

The stock market saw a sharp increase this week as rumors circulated on social media that China could ease its COVID restrictions and open its borders by March and that would be headed by China’s chief propagandist, Mediate reported.

The panel also discussed the recent news in China where visitors were barred from leaving the park until their COVID test results came back after a woman who visited the park tested positive for COVID.

Jim Cramer offered an opinion so unusual that left his co-hosts in awkward silence.

“Some of the videos that came out of Shanghai Disney gym, where they had to suspend operations to comply with the prevention measures, but literally kept people in the park until they came back with a negative test,” Carl Quintanilla said.

Cramer then retorted that he didn’t see any problems with China’s response given that they could have the test result in 24 hours.

“I had a PCR test with someone at ten, they gave it to me by five. So I don’t think it’s wrong.”

“Let’s just go back over, I think chief propagandist, I call that person a dissembler, so to speak. But they have a narrative in which basically you can conquer COVID by just being locked down, and this has to change the narrative…”

“What is even better is homegrown mRNA, which I’m told they managed to get the intellectual property, stole it, which is good, and I say good because it’s better to have mRNA than not,” Cramer said, referring to China’s response to COVID-19.

“Let’s just say they appropriated it. What do you do if you tell people the way to beat it is no vaccine and now you have a vaccine? So I think what you need is a propagandist,” Cramer said, leaving his co-hosts speechless.

One Twitter user noticed that the show was sponsored by Pfizer.