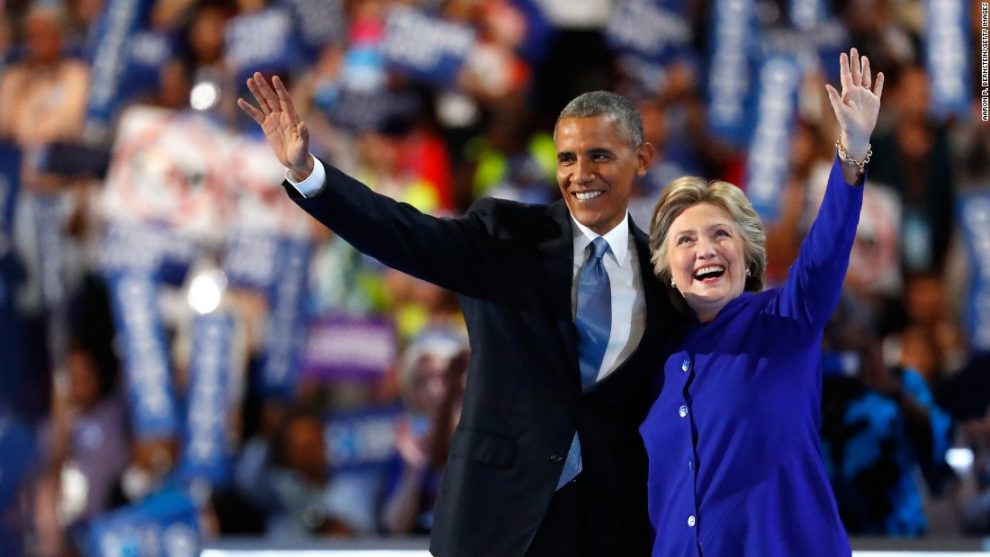 Barack and Michelle Obama and Hillary and Bill Clinton are reportedly set to speak at the Democratic National Convention (DNC), along with a number of other high-profile Democrats.

But Rep. Alexandria Ocasio-Cortez may not make the cut.

Others who have been tapped for the coveted speaking slots include three of Joe Biden’s former opponents — Sen. Elizabeth Warren, D-Mass., Sen. Kamala Harris, D-Calif., and Sen. Bernie Sanders, I-Vt., along with the presumptive Democratic nominee’s wife Jill Biden, according to Politico.

Additionally, a source with knowledge of the planning for the Democratic National Convention confirmed to Fox News that former Republican Gov. John Kasich will speak in primetime during the convention.

Kasich, who was one of Donald Trump’s rivals for the 2016 GOP presidential nomination, has remained a vocal Republican critic of the president. He flirted with a primary challenge against Trump before deciding late last year against running. Kasich has not ruled out any future run for the White House.

There are fewer opportunities in the spotlight this year as the convention moved from a four-day gathering of thousands of cheering supporters to a televised event.

While former Vice President Joe Biden will appear in person in Milwaukee, Wis., on the final night of the convention to deliver his nomination acceptance speech, many of the other primetime speakers will be beamed in virtually from other battleground states across the country.

Democrats are also trying to secure well-known military veterans and other Republicans known for their national security expertise to speak at a portion of the convention dedicated to foreign policy.

It’s “unclear” whether AOC will have any public role in the convention, but other other prominent Democrats, such as House Speaker Nancy Pelosi will have roles, Politico reported. Given the time constraints –­ two hours of programming each night Aug. 17 – Aug. 20 –­ the Biden campaign will be forced to make cuts.

In the spring, as the pandemic was sweeping the nation and forcing most Americans to huddle in their homes, party officials pushed back the start of the convention from mid-July to Aug. 17. Last month the Democratic National Committee (DNC) announced their gathering would be conducted mostly online, with delegates and Democratic members of Congress taking part in the convention virtually rather than in-person.

In late July President Trump abruptly announced that he was canceling the celebratory portions of the Republican National Convention, which was scheduled to be held in Jacksonville, Fla., the week of Aug. 24. His move came as new cases of the coronavirus continue to surge in the state, which has become one of the epicenters of the outbreak.

Trump has since floated the idea of delivering his Republican National Convention nomination acceptance speech from the White House to cut down on costs, an idea some have suggested would violate the Hatch Act. Trump pointed out the Hatch Act, the law prohibiting federal employees from using government property for political purposes, “doesn’t pertain to the president.”

The news that Warren and Harris have been chosen to speak at the convention prompted speculation that the pair had been ruled out from Biden’s VP search, as they were both part of the former vice president’s shortlist of potential running mates. But some Democrats said it is not unusual to set aside spots for vice presidential finalists, and swap them out if they are chosen.