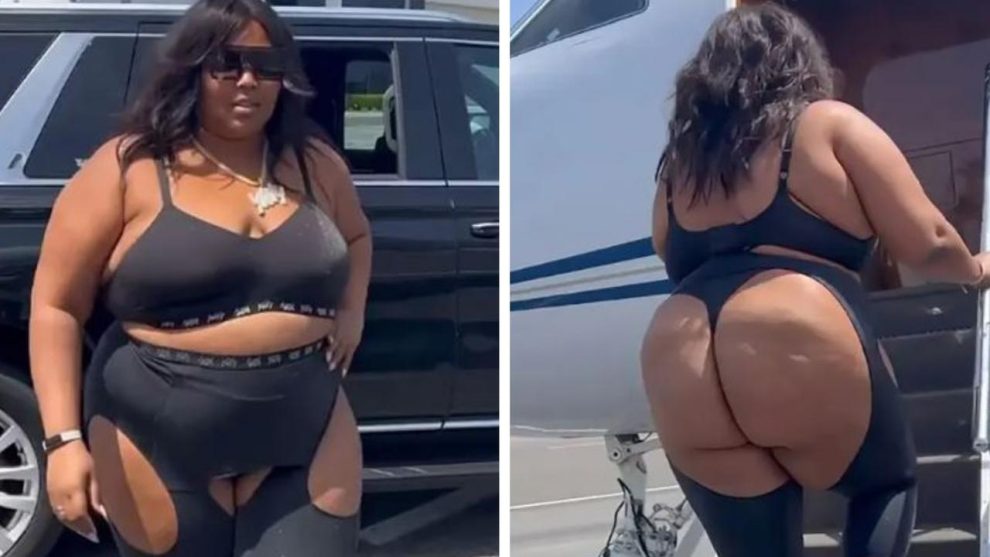 Lizzo posted a video to her 12 million Instagram followers that showed her boarding a jet clad in an outfit that put her entire behind on display. The grammy-winner tweeted Monday about being in New York City to host Saturday Night Live.

Last year, Lizzo performed at Global Citizen Live, a music event with a goal to rise awareness on climate change, among other issues.

Global Citizen urges countries to reduce their national emissions, and calls on developed nations to spend $100 billion annually on environmental issues in developing countries, according to its website.

In 2019, the pop star posted to her Instagram account an image of a climate change-related protest, which included a sign that read, “I just took a DNA test turns out I’m 100% freaking terrified for our future,” along with the hashtag, “Climate Strike.”

But the pop star’s public crusading against carbon pumping is contradicted by her habit of flying around on privates jets.

Lizzo is not the only celebrity to preach about environmental issues while jet-setting in her personal life.

Last month, actress-singer and climate change hardliner Miley Cyrus’ private jet was struck by lightning, forcing her and her entourage to make an emergency landing on their way to Paraguay.

“We’re getting handed a piece-of-shit planet, and I refuse to hand that down to my child,” the jet-setting singer told Elle Magazine in 2019 of why she doesn’t want to have children.

“Until I feel like my kid would live on an earth with fish in the water, I’m not bringing in another person to deal with that,” she added.

See also  Space Probe Launched in 1977 Begins Beaming Back 'Impossible' Data from Beyond the Solar System
→ What are your thoughts? ←
Scroll down to leave a comment: